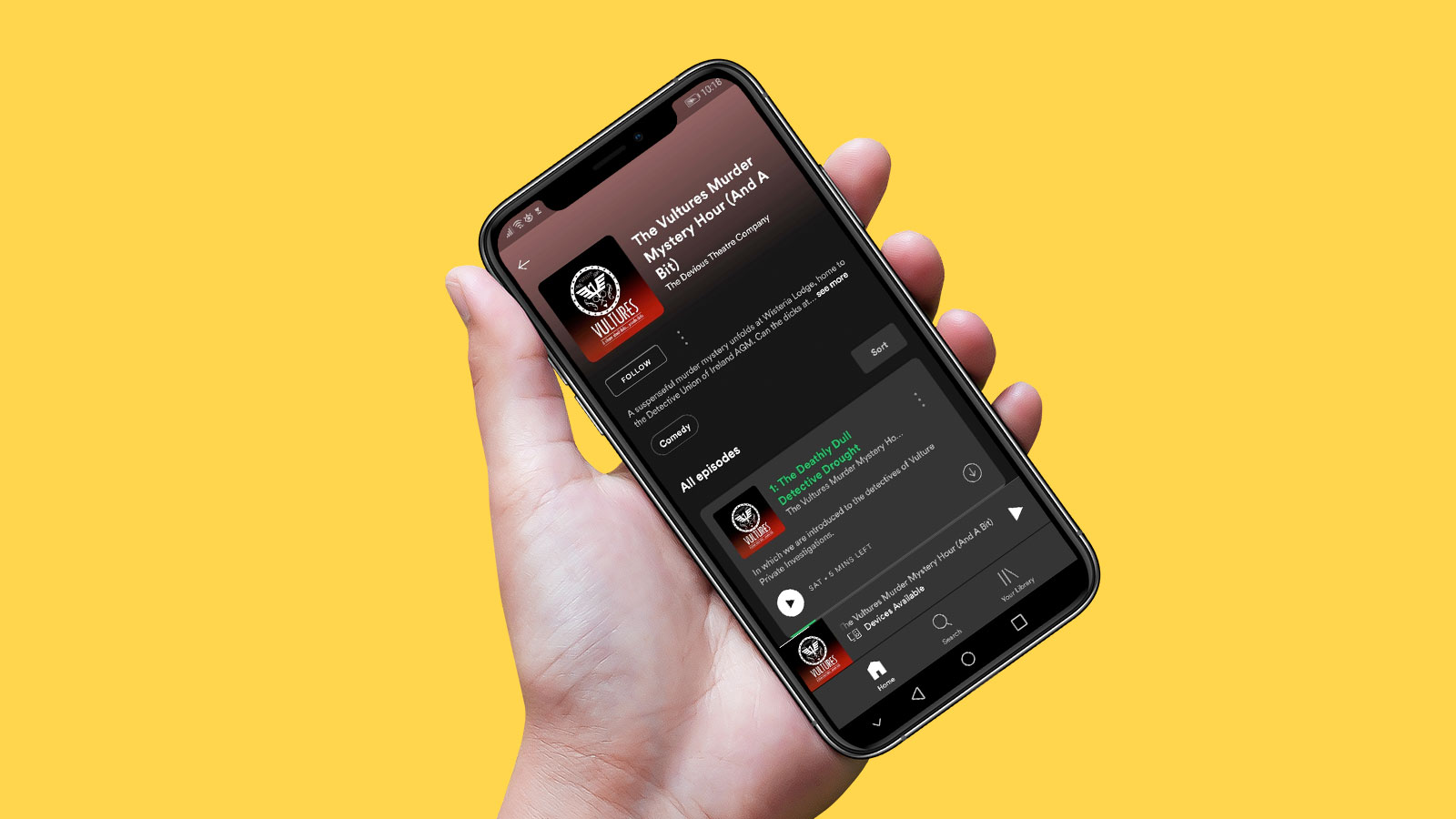 The Vultures Murder Mystery Hour (and a bit) is now available to stream via Spotify and iTunes.

With the arts sector in Ireland under lockdown for the past two months and, rather unfortunately, for the foreseeable, we’ve been dipping back through the archives.

In 2014 we were lucky enough to record a 20-part series of Vultures, originally broadcast on KCLR96FM. This was our second production in association with the station with 2008’s The War Of The Worlds ultimately scoring a PPI award for drama.

While copies of Vultures have been knocking around the station’s archives for some time, we’ve released all 20 episodes into the wild this week with the entire series now streaming via Spotify and iTunes (or Apple Podcasts to the cool kids). It will be available on more platforms in the coming days.

Listen: The Vultures Murder Mystery Hour (and a bit)

Subscribe and listen here on Spotify or start Vultures in Apple Podcasts here.

Vultures is a 20 part murder mystery radio serial focusing on the private detectives of Vulture Private Investigations, a small time detective agency in south east Ireland. Janine Drew, Dan McGrain, Jim Vultour and Niall Tennyson are the detectives in question and the story follows them as they get caught up in a suspenseful murder mystery at the Detective Union Of Ireland AGM.

The show follows the varying perspectives of the four bungling sleuths as they trawl the corridors of Wisteria Lodge, searching for a killer, quizzing a colourful cast of suspects and trying to figure out who killed Ireland’s most famous detective Basil Maguire? And why?