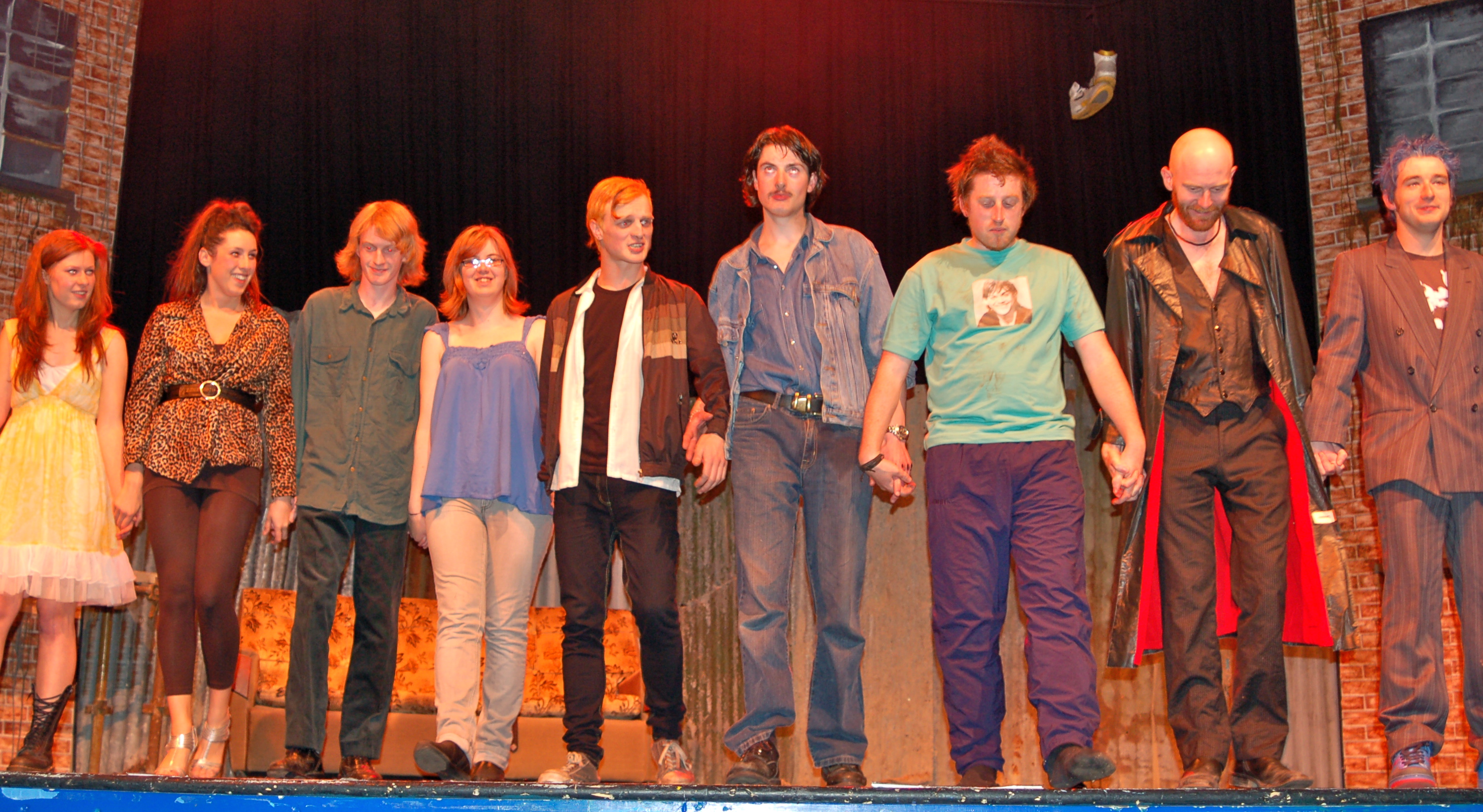 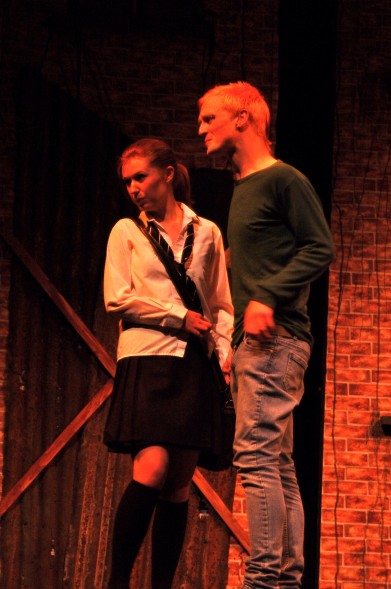 Another one from the long list of Trainspotting reviews, this one from Aisling Hurley in the Kilkenny Voice.

A brilliant night of Trainspotting

Based on the novel that also inspired the 1996 hit film of the same name, the play centred on the lives of a group of young heroin users living in Edinburgh, Scotland, during the 1980s.

The fantastically gritty posters depicting characters in a variety of disturbing situations and the warning that the show contained scenes of a graphic nature suggested that the show would be one that Kilkenny theatre-goers would remember for some time.

It did not disappoint.

Ross Costigan delivered a strong performance as lead character and narrator Mark Renton. His portrayal of the unscrupulous but likeable anti-hero was a deviation from some of the more confrontational roles he has recently played and proved that the Kilkenny actor has an extremely bright future.

Other performances of note were those by Maria Murray in the role of Alison and Stephen Colfer who played Danny ‘Spud’ Murphy. Both young actors impressed the audience with their delivery of almost seamless monologues containing difficult subject matter relating to bodily functions.

The sensitive direction by Niamh Moroney and John Morton allowed the audience to wrestle between sympathy for the characters and complete despair that they would allow themselves end up in such a situation.

Full marks are also due to the cast for deciding to include the humiliating and sometimes difficult scenes where Spud soils the bed sheets in a friend’s house, where Renton searches through an overflowing toilet for opium suppositories and where Tommy (played by Ken McGuire) shoots heroin into his genitals.

With this production, The Devious Theatre Company achieved everything that they set out to – to offer Kilkenny audiences theatre that is fresh, exciting and a little bit deviant.

The theatre group’s next show Smitten will run in Cleere’s Theatre, Parliament Street in August. The play, written by John Morton, is set in Kilkenny and is a tragicomic series of vignettes set over a depressingly rainy summer.