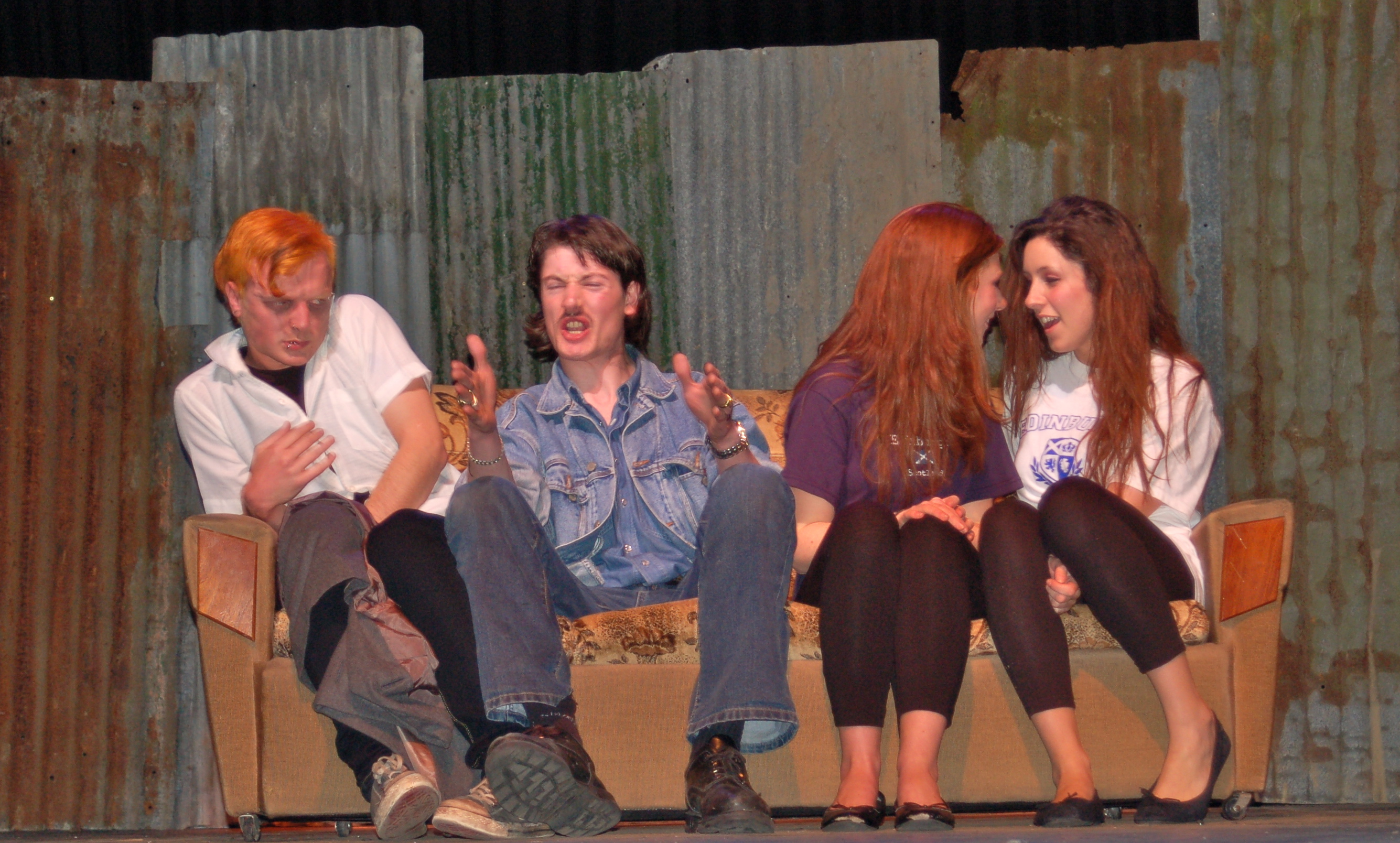 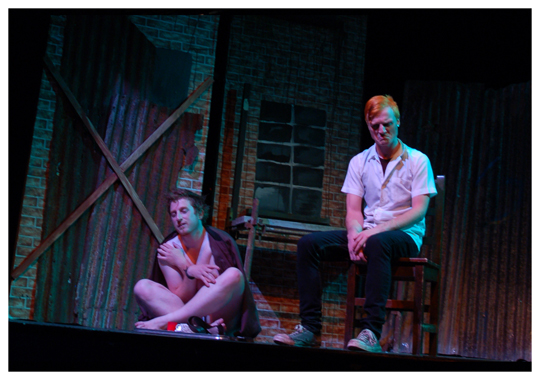 Here’s another positive review for Trainspotting. It was published in Gerry Moran’s column in the July 2nd edition of the Kilkenny People.

THE OLD ORDER IS CHANGING, YIELDING PLACE TO NEW.

When, exactly, does the old order yield to the young? When, for instance, did the fifties finally surrender to the swinging sixties? When did showbands succumb to beat groups and discos? It’s never quite black or white but there comes a moment, I believe, when you just know something has changed.

I experienced one of those moments recently in our wonderful Watergate Theatre, I say wonderful for two reasons: one, it is a wonderful amenity (and thank you Tommy Martin for you vision and drive which gave Kilkenny the Watergate) and two, the production I was at was nothing short of wonderful. At least this writer thought so.

The production in question was Trainspotting, an adaptation of Scottish author Irvine Welsh’s 1993 novel of the same name, by the Devious Theatre Company. “The Devious Theatre Company” according to the programme notes, “was formed in May 2006 by some theatre loving Kilkennyians who had a desire to bring fresh and different works to the local stage”.

Trainspotting is decidedly different. John B Keane it is not. Brian Friel it is not. Hugh Leonard it is not. Trainspotting is a production you bring your elderly aunt to if you want to ease her into an early grave. It’s a production you bring your mother to if you want to make her feel decidedly uneasy. As for elderly uncles and fathers – they’ll probably tell you they’ve seen it all and heard it all before. Men are like that. Full of s***.

Trainspotting is also full of s***. Literally. And more. A hell of a lot more. Only to be expected from a play about drugs and disillusionment in a depressed Edinburgh of the bleak, recessionary 80s. This play is rough, raw, coarse and down-right crude. But that’s what made it such a courageous, and successful, production.

The performances were far from flawless (just like this column) but it was passionate, it was vibrant, it was honest. I applaud all involved with the production – the crew, the directors: Niamh Moroney & John Morton and the cast: Ross Costigan, Ken McGuire, Niall Sheehy, Maria Murray, Stephen Colfer, Paul Young, John Morton, Suzanne O’Brien, Simone Kelly, Mariead Keirnan, Micheal Murphy, Paddy Dunne. And I have no difficulty whatsoever in singling out Ross Costigan who was the linchpin, the nucleus, the centre of gravity of the play. The guy was marvellous. Full stop.

Regarding theatre in Kilkenny – I have been privileged to come up in an era of the New Theatre Group, Pan Players, Theatre Unlimited, Kats, Bickerstaffe, Barnstorm to name but a few – all of whom made, and some of whom continue to make, a huge and enriching contribution to theatre life in our city.

But Thursday night last I felt that a new order has arrived. A new batch of actors. A young batch, a fresh batch, a vibrant batch. And I felt privileged to be sitting there, witnessing the arrival of this new order.

My friend and fellow columnist, John Cleere, who knows a thing or two about theatre (it’s not for nothing we have Cleere’s Theatre just across from the Watergate) wrote the following about the Devious Theatre Company recently: “The Devious Theatre could be as important to Kilkenny as Druid Theatre have been to Galway and Red Kettle to Waterford, given the proper encouragement and support”. I couldn’t agree more.

But you know something – even if the Devious Theatre Company never win acclaim, they are to be applauded for what they are doing now. For starters they’re putting bums on seats – and I thought it was wonderful to see so many young people in the Watergate last week. Such a change from the regular fuddy-duddies (like myself).

They’re also doing what they set out to do – they’re bringing fresh and different works to the local stage. And they do it with such energy and such enthusiasm. And it was that energy, that enthusiasm emanating from the stage, that made us, the audience, realise that this was something special. That this theatre group, this collection of youngsters, this collection if like-minded individuals, who love what they’re doing, who love theatre, will be around for a long time to come.