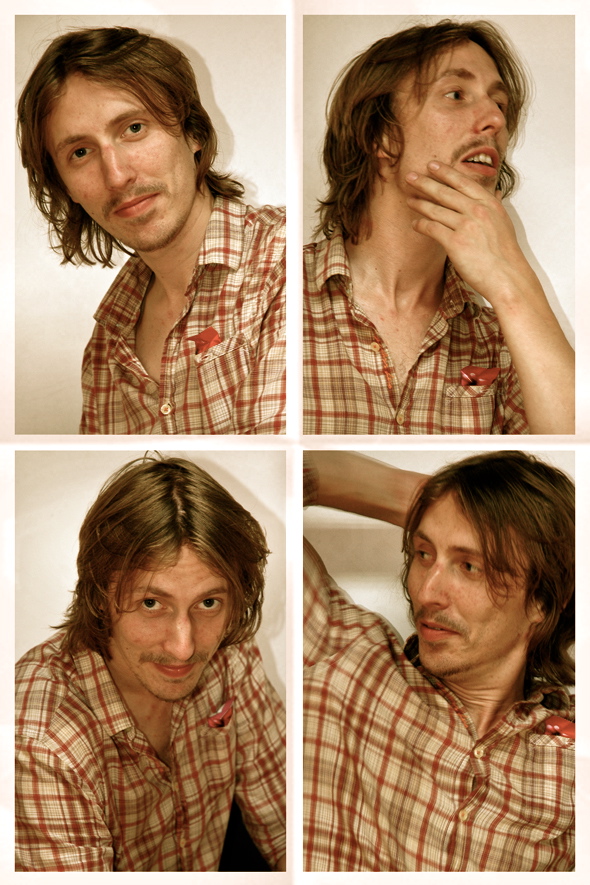 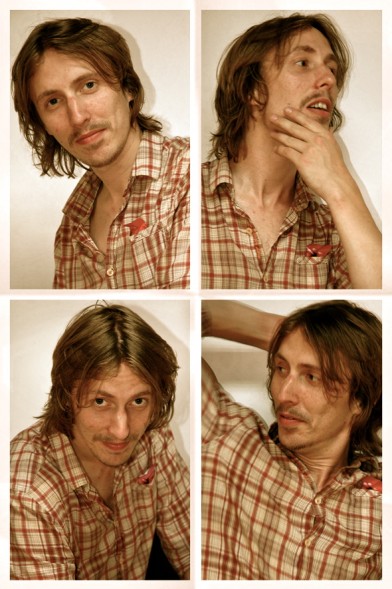 David Thompson last appeared with us in Shifting. He has also previously performed with us in Scratcher, Can’t Pay? Won’t Pay!, Accidental Death Of An Anarchist, The War Of The Worlds, Cannibal! The Musical and Heart Shaped Vinyl. He plays wounded carpenter Kevin in Smitten. He is also the only newcomer in this cast. Here, he is very witty and erudite.

You weren’t in Smitten the last time. Seriously, what did you think of it?

I sat with Eddie Brennan who kept making snide remarks about the actors, he thoroughly ruined my theatrical experience. When he wasn’t talking, I really liked it, and all my friends were in it! This Smitten is much better though…

Carpenters. Musicals. How does that work?

I imagine Jesus sanding a chair out on his own on the dusty plains of Bethlehem, only the sound of an auld Dodo pecking at a thirsty shrubbery to keep him company, and then he starts humming and moving his hips, and singing all the hymns while he beats out 133 bpm on an alter he’s made. This is the ‘inner’ character of Kevin.

Do you think the play gives an accurate representation of Kilkenny?

On the stage, there is a set and the set looks like Kilkenny.

Why should people come see this play?

Because all their friends are in it! Isn’t that why everyone goes to plays?

The best musical in all the world is…..SMITTEN!!! (That money better come through by midnight)

tags: comedy in the future when all's well Kilkenny kilkenny arts office musical No. 76 John Street play Smitten theatre
previous Smitten: A Trailer For A Play That Wants To Be A Musical
next On Parade
Related Posts