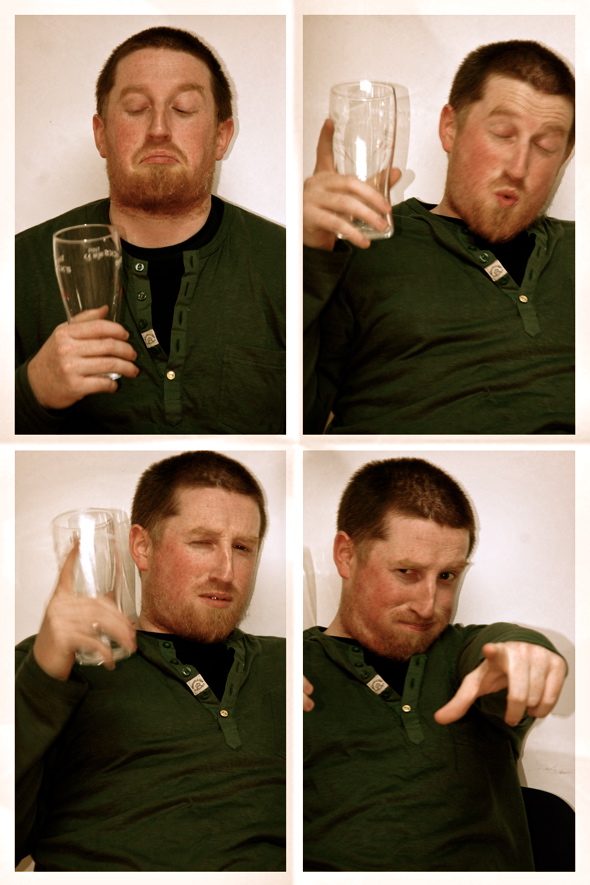 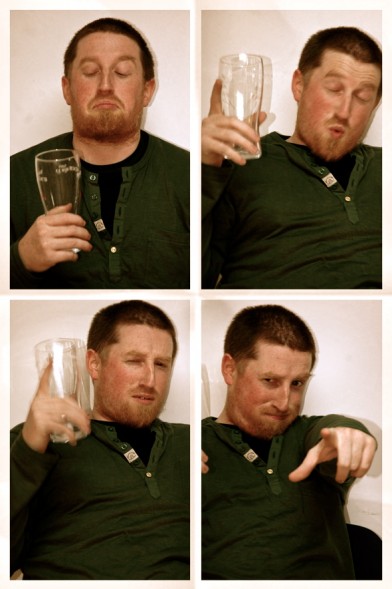 Ken McGuire last appeared in Scratcher. Previous to that he has appeared in all of our other plays with the exception of Shifting. He’s also produced the lot of them. He’s some man to talk.

What’s the biggest difference between this Smitten and the last? Both as an actor and a producer?

I’m much less of a cunt in this one than the first one. That’s pretty much the only difference. Actually, in fairness, a lot has changed. Visually, the show is much different, the story works a little differently, there’s plenty of dancing to be had and we’ve had a great rotation of actors around the characters. Plus, the relationship between the actors has been greatly strengthened over the past few years, some of us having worked on all three productions in the residency. That close-quarters working relationship has really added to the chemistry and energy around the production, hopefully all of that feeding back into the show on stage.

As a producer, it seems business as usual, though if we were busy in August 2008 then we’re incredibly busy now. We walked into a venue the last time (at The Barn) and this time around we’ve built the venue setting from the ground up at the Arts Office. On that note there’s been a lot more to organise than previous – the technical requirements and configuration of the venue are much more demanding.

It was a bit confusing at first. Stepping onto the stage for the first time I’m like “oh, I’m a grown up alright” and every time Kevin Mooney takes to the stage I’m mouthing my old monologue. Rumour has he’s the same. It’s nice to change it up though. It would have been incredibly easy for everyone to fall back into the same roles as the 2008 production but I think the change up has added a new element to it as well. We’re all conscious of how the roles were played before and we’ve all been looking to move away from how the characters were delivered. Not that they were delivered in a bad way in the first version, but we’re treating it as a new production, new roles, new characters and really playing to the strengths of that.

What was your reaction to the uptake of singing and dancing in this version?

I’m all over it. There wasn’t half enough dancing in Cannibal! (2007) and the last time I danced on stage I wound up getting shot in the head as a result. I learned my lesson. Flash forward four years though and I’m looking forward to it. The dance rehearsals have been good craic and fair play to Gemma for putting up with us for the past few weeks. If you’re able to get over the fact that you’re dancing and prancing around like an eejit, then you’re sorted.

How has the Cork performance at Solstice prepared you for Kilkenny?

Cork was fantastic. In fairness, there was a lot of cuts made to the production and we were still making a few changes the afternoon we opened in terms of how some scenes would operate but to go down, perform the show to the crowd that was there (primarily newcomers to our work) and to get that kind of reaction and feedback, I don’t think we could have really asked for me. I’d been talking to some of the folk who had been to see Scratcher in Dublin and when asked how I thought the show had gone my response was “It’s served exactly the same purpose as Scratcher”. At the time, we didn’t know what the purpose of it was other than to show off the work, but it focused the cast more and with the bones of a week to go before the Kilkenny opening, it’s great to know that the content, the humour and most other parts of the show work, and work well. Needless to say, I’m looking forward to the Kilkenny run, and putting my feet up in the evenings for a few weeks afterwards.

How do you think it measures up to the other plays in In The Future When All’s Well?

It beats the hell out of Shifting. End of. Those youngsters didn’t know what they were doing at all. Pretending to use their acting, sitting around drinking and giving out for an hour, sure that’s not theatre at all. I think Smitten has been the party we’ve been waiting for, at least us older heads. It measures up well to the previous pieces in the residency. Scratcher had the humour but was quite serious at the same time, focusing on a lot of frustration with the state of the country at the time (what’s changed, eh?). Shifting was great for me – the first production since we’ve started that I’ve not been on stage in (and equally freed me up for much more production work, which really sealed the success of the show in fairness). We’ve been down the road of Smitten once before but if people thought we knocked it out of the park back then, we’re knocking it out of the city with this production. Boom. So does it measure up? Absolutely. And how.

Where do I start! Truth be told, that’s where my interest in theatre sprang from and it’s only from our own work over the past 10 years or so (stretching back to the pre-college days). I’ve a grand collection of musical soundtracks, have worked on productions of Joseph, Jesus Christ Superstar, Half A Sixpence and more. I’ve been to see Les Miserables, actually went to the cinema to watch Phantom Of The Opera and own a copy of it on DVD. If I was to pick a favourite musical, it would be phantom. Definitely not for the film version, but more for the soundtrack. I listened to it for years before actually reading the book and various scripts. If I could see the West End version of it, I’d be happy out. Second to that would be Cannibal! All time musical craic.

Smitten opens tomorrow June 26th in Kilkenny Arts Office and runs until Saturday July 2nd. Tickets can be bought at the venue or online at tickets.devioustheatre.com. Bookings can be made on 0861048191.