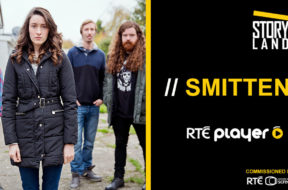 January 29, 2016
John Morton
0
It’s not often that a play you produced gets turned into a TV pilot but that’s exactly what’s happened with Smitten. John Morton’s second play which we originally produced back in 2008 and revived again in 2011, has become one of this years RTÉ Storyland offerings on the RTÉ Player. Produced by Mycrofilms and shot […]
Read more