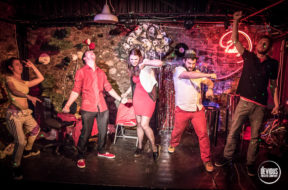 The State Of The Union

August 2, 2015
John Morton
0
The curtain has fallen on The Union after a two week run and an absolutely jam packed 4 night sold out string of performances in Cleeres Theatre. The buzz surrounding the show was something to behold and we couldn’t be happier with how the show was received. Thanks to our amazing cast and crew and […]
Read more 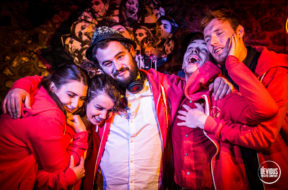 July 30, 2015
John Morton
0
Another sold out house for The Union last night in Cleere’s Theatre. Thanks to everyone who’s been rocking on in so far! For all y’all looking for the full 90’s Night playlist from The Union, here’s every tune that’s spun on the night. For more of Big Daddy’s musical stylings, the next performance of The […]
Read more 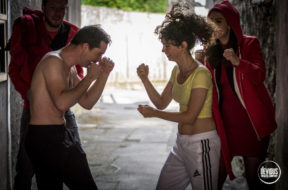 July 29, 2015
John Morton
0
Ahead of tonight’s opening in Cleere’s Theatre, here’s the brand spanking new trailer for The Union. Have a look and see St. Dominic’s Student Union literally giving it socs. The trailer takes its cue from the yearbook scene in Rushmore so we’ll just chalk it down as a homage in the same way the show […]
Read more 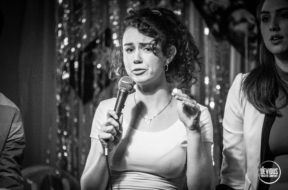 July 27, 2015
John Morton
0
The cast of The Union took to the airwaves today. Hazel Doyle, Kevin Mooney and Niall Morrissey appeared on Eoin Carey’s show this afternoon to talk about the play, the ideas behind it, the writer Adrian Kavanagh and even previewed a scene. Get a special sneak preview of a scene between The Sports Officer, The […]
Read more 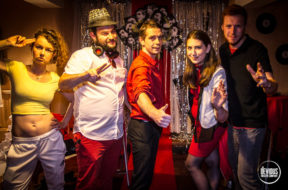 They Came To Get Down

July 26, 2015
John Morton
0
After two nights of previews in lovely Graiguenamanagh, we are primed and ready to open The Union this week in Kilkenny City. And we’re really excited to show it to hometown audiences. The play is a blast. It’s an inventive, wild, raucous show that’s half party, half mystery and all the plot pieces are scattered […]
Read more 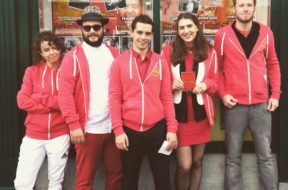 July 24, 2015
John Morton
0
Today’s the day we show The Union to the world. Well, Graiguenamanagh at least. We’re taking it to the home of the play’s writer Adrian Kavanagh for the first of two preview performances. We’ll be hitting The Duiske Inn, the spiritual home of Spark Productions. In fact, it is to Sparks what Cleeres Theatre is […]
Read more 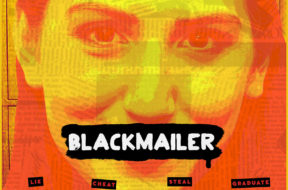 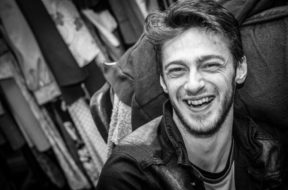 July 21, 2015
John Morton
0
Adrian Kavanagh writes about the writing of his new play The Union. Did you ever get that feeling, that you are exactly where you need to be? It happened to me when I first walked in the doors of Devious Theatre. They were residing in Kilkenny Arts Office, (the building is now gone) working on […]
Read more 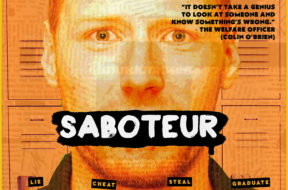 July 20, 2015
John Morton
0
The penultimate member of The Union is in attendance. The Welfare Officer of St. Dominic’s Student Union is played by Colin O’Brien. €10,060 stolen. 5 suspects. Let’s see how united this Union really is. #stdominics4ever The Union opens in Cleeres Theatre, Parliament Street, Kilkenny on July 29th and runs until August 1st at 8pm nightly. […]
Read more 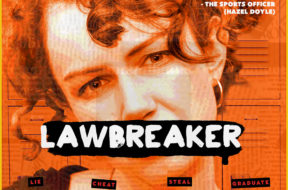 July 17, 2015
John Morton
0
The third member of The Union joins our roll call for the show. The Sports Officer of St. Dominic’s Student Union is played by Hazel Doyle. €10,060 stolen. 5 suspects. Let’s see how united this Union really is. #stdominics4ever The Union opens in Cleeres Theatre, Parliament Street, Kilkenny on July 29th and runs until August […]
Read more