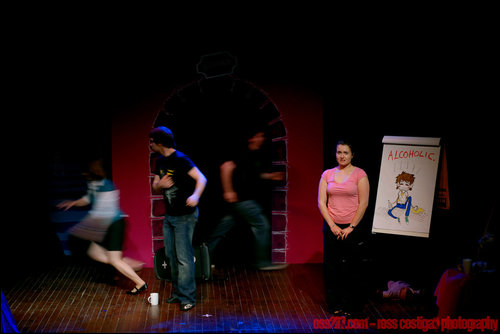 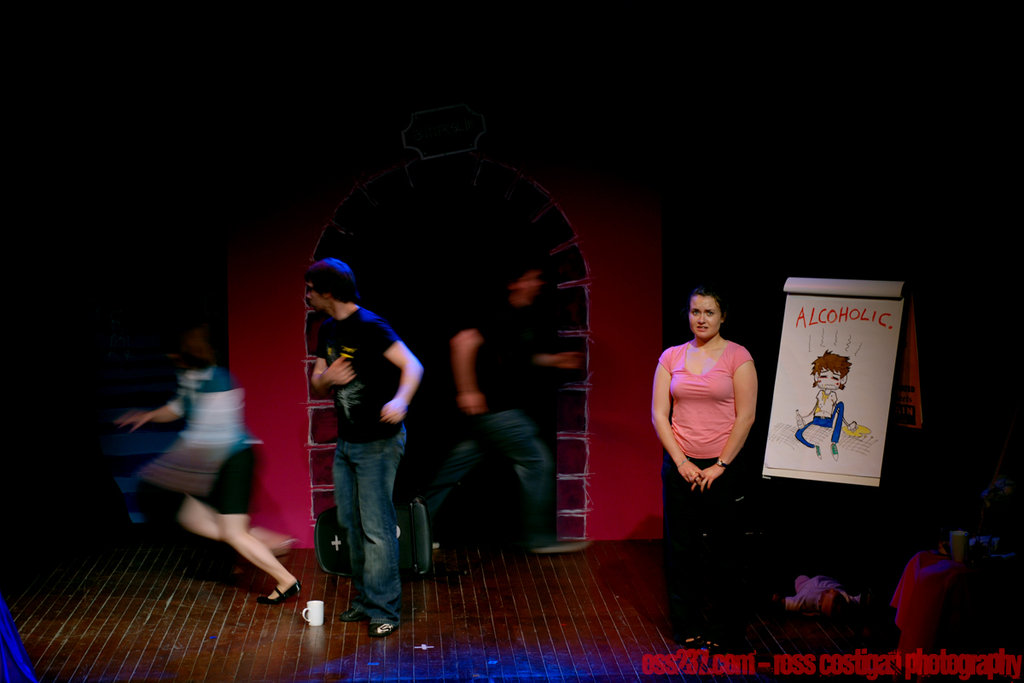 The following review was published in Tess Felder’s column, in the Kilkenny People newspaper on August 27th 2008.

“THINK of how many people sit in the Castle Park (when it isn’t lashing rain) or in their bedrooms, studies or garages writing plays which no one will ever perform.

Now think how lucky a twenty-something Kilkenny man would be to have a local theatre group with a stellar cast and production and publicity crew. This is the fortune of playwright John Morton, whose play was staged last week by the Devious Theatre Company, and was as much of a smash hit as his play Heart Shaped Vinyl which was the group’s debut a few years back.

Set in Kilkenny, this well written play involves numerous realistic twenty-somethings trying to find their way in relationships, jobs and life in general.

With some echoes of Heart Shaped Vinyl and a similar boost from well selected songs sprinkled throughout, this play also enters the transition from carefree youth into the more adult situation of taking responsibility for your life.

The well drawn characters were brought to life fantastically by the varied and talented cast, with standout performances from Jack O’Leary, as an unemployed musician, the playwright himself as a carpenter with wounded hands “just like Jesus”, Kevin Mooney as an alcoholic who “just likes beer”, and Suzanne O’Brien as the mystifying but troubled Daffney Molloy. Angelic Annette O’Shea, feisty librarian Niamh Moroney, fastastically full-of-himself Ken McGuire (the character that is), a twitchy Ross Costigan and masterfully dull Lynsey Moran – the list goes on. And who could forget the font of knowledge from sage advice-giver Geoff Warner Clayton.

With each Devious production, audiences can expect top-quality performances from a core group of actors, with new additions continuously broadening the talent.

With the shows sold out, many audience hopefuls missed their chance this time round, but maybe they’ll be lucky and Devious Theatre will offer repeat performances as they did with Heart Shaped Vinyl.

As Smitten makes so clear relationships come and go, but Devious Theatre and Kilkenny are blissfully involved in more than just a honeymoon period.”