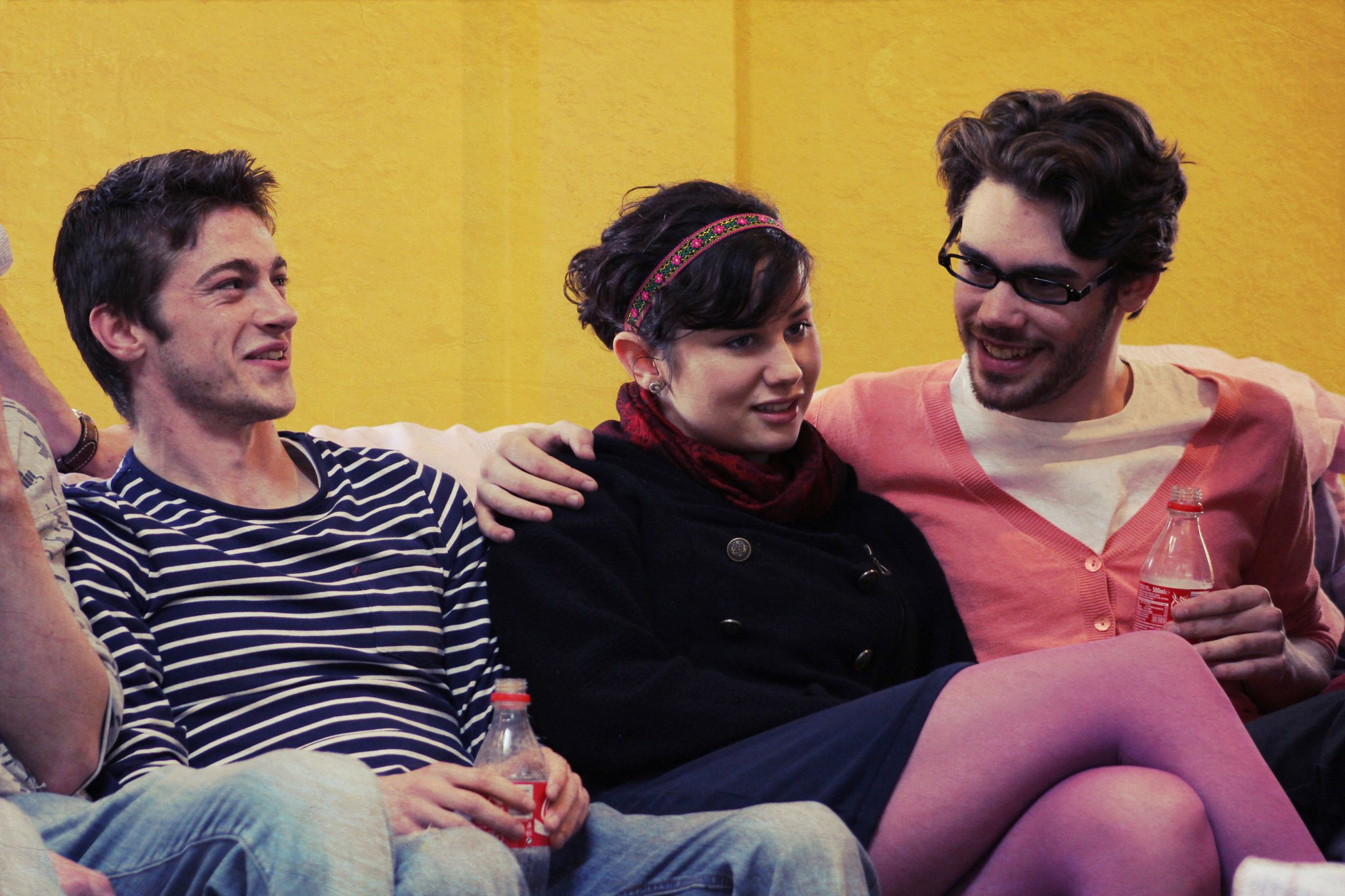 The Kissing installment was written be Eleanor Walsh (no nickname yet) who is working with us on Shifting as assistant director. The voice of the girl is played by Sorcha O’Boyle, who previously worked with us on Scratcher creating the mighty props used in the show. This third installment recalls memories of a young girl’s first kiss in Kilkenny, and everything that went along with it. Sometimes, those fairytale moments do happen in life.

We’ll bring you the interview from KCLR in the next day or so, but we would like to thank the station for facilitating our few days of audio shorts and Edwina for hosting them and the cast on her afternoon show. Click play below to hear the third and final installment or check out Shifting: Exchange and Shifting: To Transfer.

Tickets for the Monday night performance of Shifting are all sold out with Friday and Saturday joining Monday on the “tickets for that show are as rare as hens’ teeth” list. But don’t despair, you can still book tickets for Tuesday through Friday at