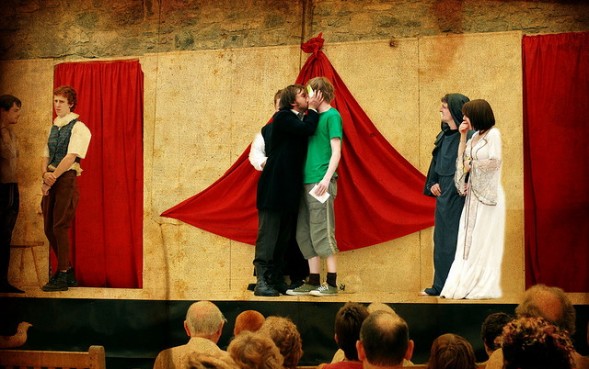 The curtain fell on the 2009 Shakespeare In The House festival earlier today. On behalf of myself (Ken), John M, John D, Kevin, Scott, Niamh and Stephen, a hearty “thank you” to all who came to see our performances yesterday and earlier today (Sunday).

Thanks also to Rothe House for hosting the festival and to Young Irish Film Makers for inviting ourselves, along with Cartoon Saloon, to be a part of the programme. Yesterday was a fantastic day of Shakespeare themed events that did much to puncture a lot of the hot air that goes into Shakespeare and it will hopefully make young people reconsider the work of the Bard. Sunday wasn’t quite the scorcher that Saturday was but the wet stage certainly made the battle rap a lot more… movement based.

Even before stepping onto what was a wet stage at 2pm (performing in the rain, such is the joy of an outdoor festival) there was talk of how the festival will build and expand for 2010. Time allowing, we might well indeed be back, but for the moment we’re going full steam ahead into the final few weeks of preparation for Stags & Hens at the Watergate Theatre next month. 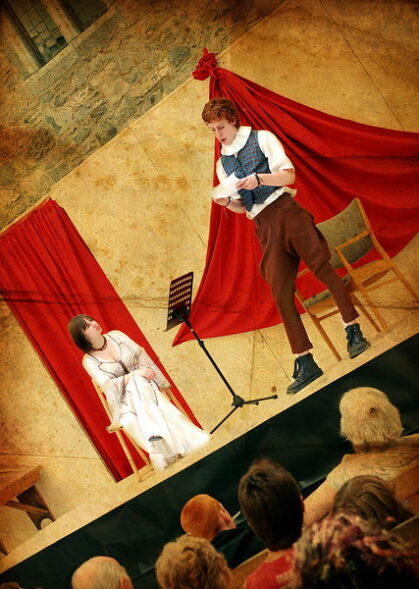 I’m sure we’ll have some kind of photo coverage making its way to Flickr or here on DeviousTheatre.com in the next few days from the Shakespeare In Bits performances. Keep an eye on the blog too as from tomorrow onwards we start to introduce the characters and actors behind Stags & Hens in the build up to the opening night on Tuesday July 21st.

If you haven’t booked your ticket yet, you can do so by contacting the Watergate Theatre on 056-7761674. The box office is open from 10am Monday through Saturday.

Once again, our thanks to those of you who came out to see Shakespeare In Bits on Saturday and Sunday (we noticed there were quite a lot of you!) It won’t be long before we get to see you again!