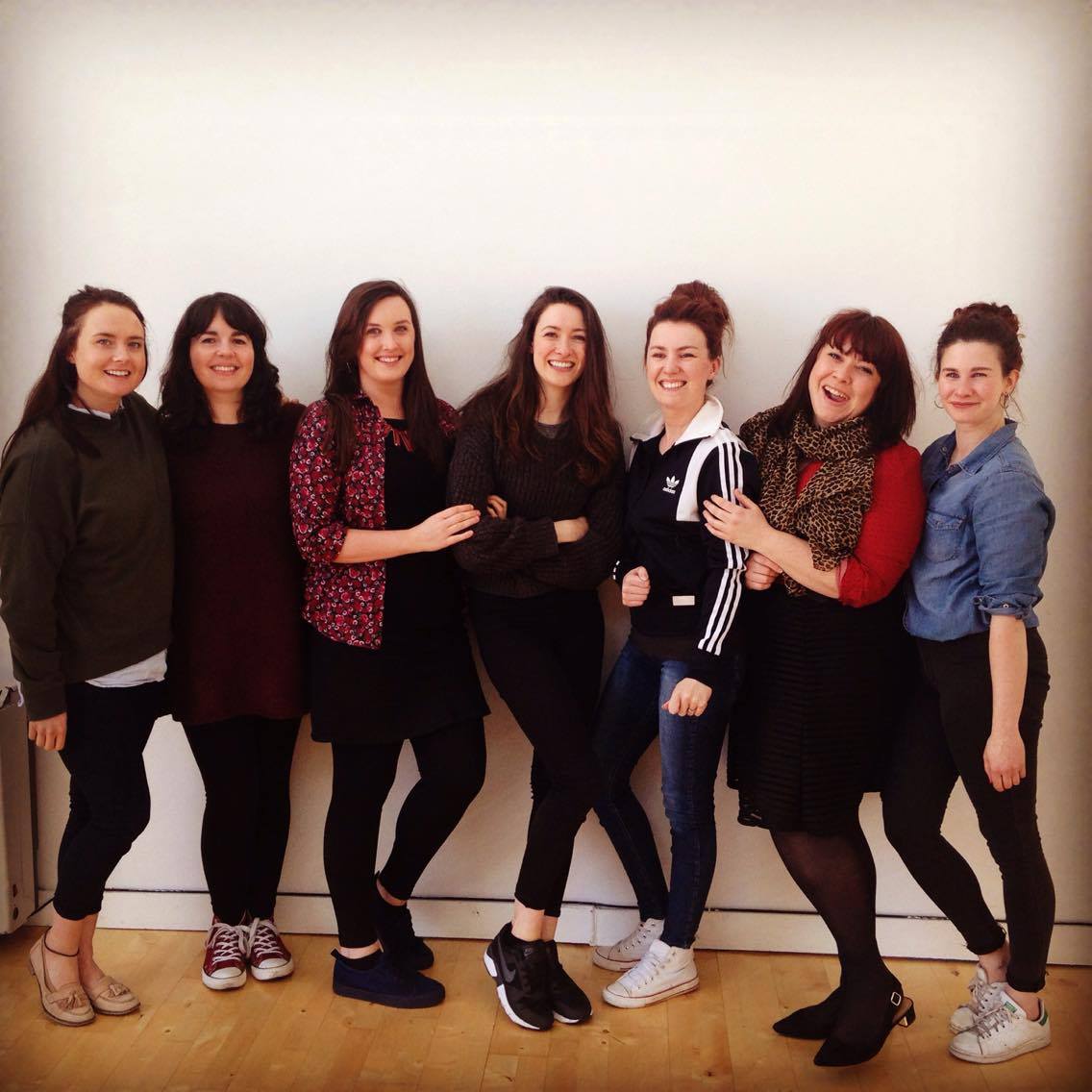 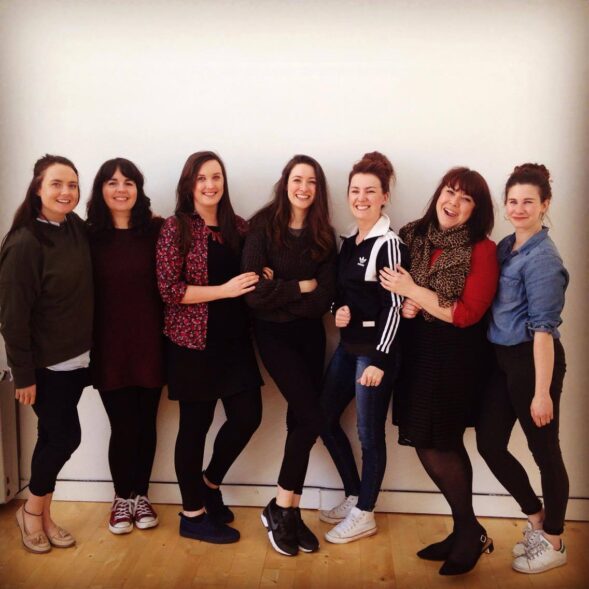 This week we’re workshopping The Roaring Banshees, a new play by Peter McGann and John Morton, the writers of The Hellfire Squad.

We’ve got a belter cast of Annette O’Shea, Amy Dunne, Roseanna Purcell, Aoife Spratt, Clare Monnelly, Camille Ross and Áine Ni Laoghaire to workshop with us and make machine gun noises with their mouths. All overseen by the steely eye of Sarah Baxter, the director of The Hellfire Squad.