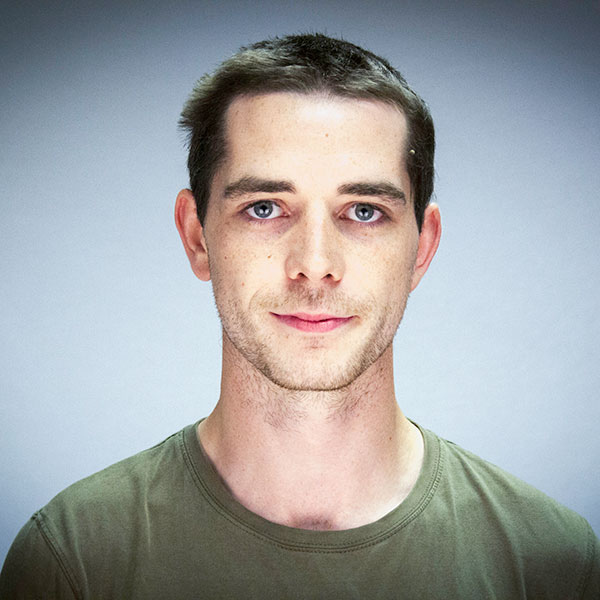 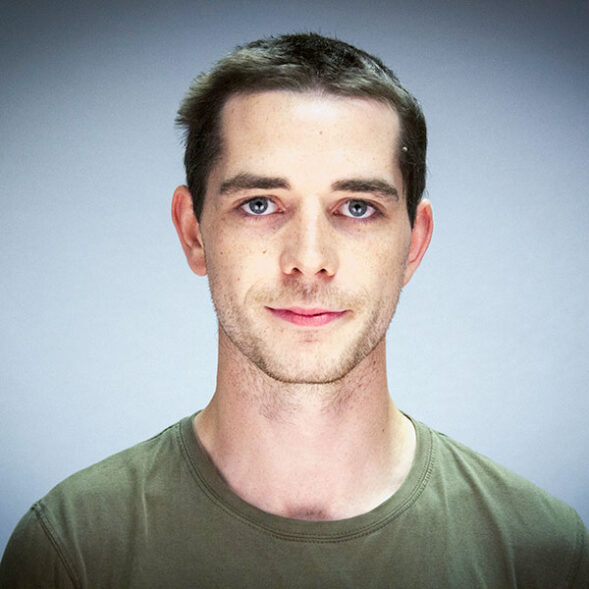 Kevin Mooney is a founding member of Devious Theatre and has worked as a producer, writer, actor and director for us. Previous writing credits include the PPI Award winning radio version of The War Of The Worlds. Previous acting credits with us include Night Of The Living Dead, Smitten, Shakespeare In Bits, Heart Shaped Vinyl and The War Of The Worlds.

What’s the one thing that you would definitely keep with you in the event of apocalypse?

My trusty sidekick! That’s one thing I do need to get in order actually, before the apocalypse hits.

Does the famous person have to be alive? I suppose so, wouldn’t be much help if they were dead. Was gonna say Carl Sagan, because he’s extremely knowledgeable about all things nature, full of interesting and well articulated facts, and I have a bit of a man crush on him. When he was alive, like. Living famous people? I dunno. It’s hard to think of one who wouldn’t get head-wrecking after a while. I suppose they’re all probably saying the exact same thing about me. The famous people, that is.

Home Alone 2: Lost in New York. A classic film about survival. I spent a good portion of my childhood watching it, dissecting it, bit by bit. After years of analysis, I found that the traps were impractical; but the lessons held true.

Not being the stupidest person on Earth.

What have you learned working on Some Flood?

That no matter what pressure or stress we were under – enclosed downstairs in the Devious office, devising, for nine months in our underwear, drenched in sweat from hours of high-octane rambling, painstakingly teasing through mock-wrestling fights step-by-step and intensely dancing around, firing at each other with fake umbrella-guns, like a pair of mad men – it never once occurred to us to try jock one another. That displays true… something. I hope that’s useful someday.

What’s got you most excited about the Fringe run?

The Fringe run, herself. This’ll only be my second time on stage in Dublin (the first being back in March as part of Collaborations when Some Flood was just a wee, tender work-in-progress) and I’m super psyched. I’m really very excited to be in this position, of presenting a piece of work as part of the Fringe festival, amongst all the other wonderful works of art and remarkably talented artists!

I was thinking of going with Eddie, because we’ve got history and a rough idea of how it would all work out; plus I know Eddie would pick Kasia to go with him, so in my scenario he’s stuck wondering what went wrong and how he and I ended up together. But I’m thinking I should broaden my horizons and not allow myself to get stuck into the trap of familiarity and routine that is Eddie Murphy, so my new pick is Kate. She’s the most recent addition to our team, and with all the excitement and possibility that brings, plus the gender thing being in our favour, I think she’s a solid choice. Better than Eddie, any day.

Why should people come see Some Flood?

Because me and Eddie are gonna spend an hour every evening having absolutely loads of fun in the Boys’ School in Smock Alley in our jocks, laughing hysterically and jumping all over one another in a crazy expression of appreciation and wonder, and it’d be a bit weird if we did it alone all week.