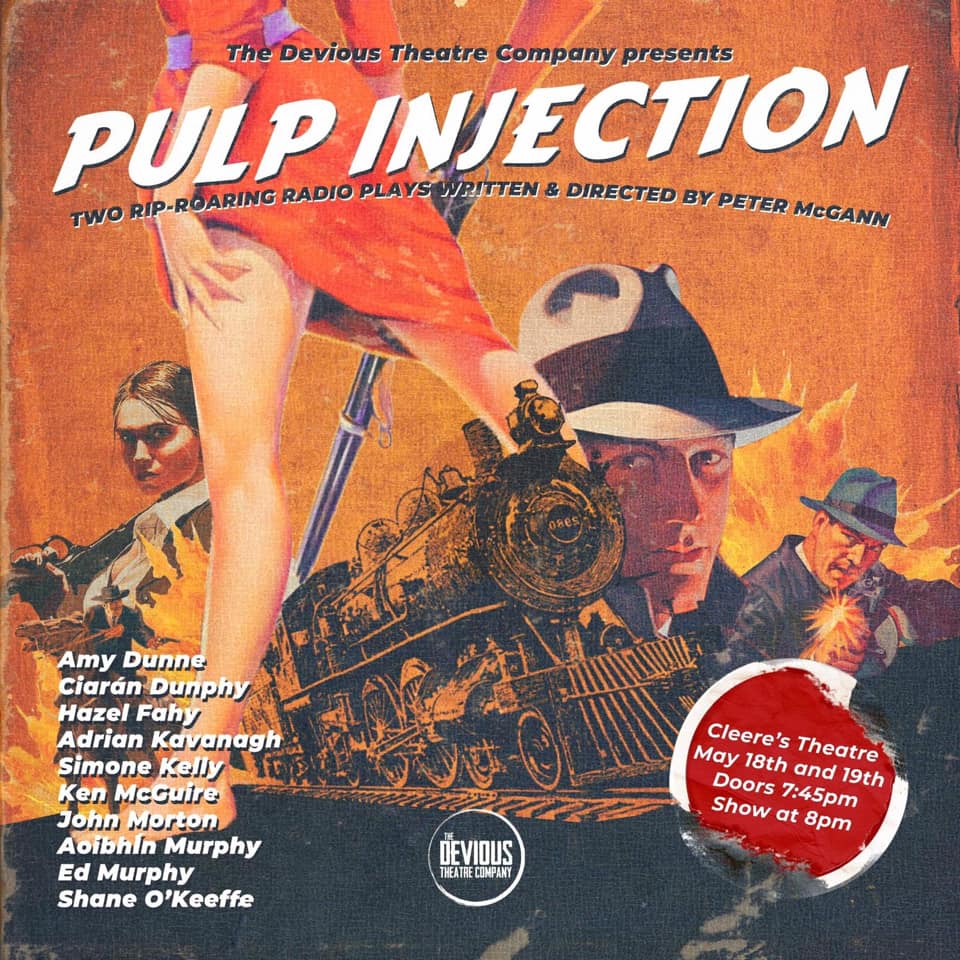 We’re returning to our regular stomping ground of Cleere’s Theatre for our first run out of the year. And we’re getting to dust down our radio chops while we’re at it.

We’re delighted to present Pulp Injection, old-school pulpy radio plays written and directed by Peter McGann. Pulp Injection has played at The Workman’s Club in Dublin over the last year with the radio plays performed to a live audience by the best of actors and comedians in Ireland today. We’re going to be bringing it to Kilkenny for two nights on May 18th and 19th.

Full Steam Ahead…To Hell!!
Nine strangers, each harbouring a secret, board a train bound for Yuma Prison. One of them is the most dangerous outlaw in the West. Another is willing to kill to free him. 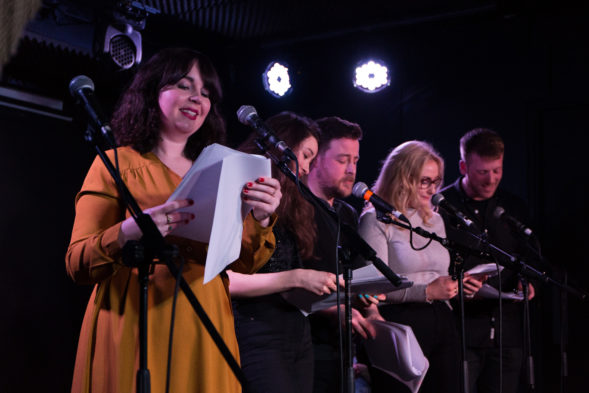 Peter is currently co-writing our new production The Roaring Banshees which is premiering this coming August.

Tickets for Pulp Injection are €12 and can be bought in Cleere’s on Parliament Street or right here.