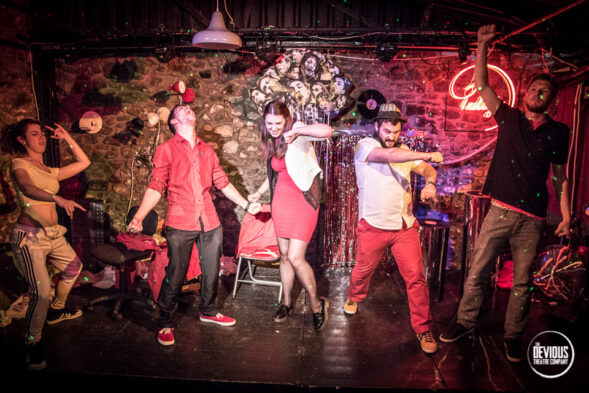 The Union is a furiously funny dramatic retelling of the rise and fall of St. Dominic’s Student Union. Written by Adrian Kavanagh, the play takes place in the final days of the current student union regime in a failing regional college. Five erstwhile colleagues are locked in one room knowing that one of them stole the €10,060 fundraised cash that their reputations, hopes, dreams, careers and election campaigns are hinged on. Backs will be stabbed, hearts will be broke and throats will be cut. The clock is ticking. We’re going to see how united this Union really is.

Adrian Kavanagh’s first play for Devious Theatre examines how young people engage with politics, how our formative political experiences shape our attitudes for the rest of our lives and how the truth can be twisted for any purpose. It was first presented as a work in progress at our scratch event Little Deviations: Volume 1 in August 2013. It previewed in The Duiske Inn, Graiguenamanagh on July 24th & 25th before playing Cleere’s Theatre, Kilkenny from July 29th to August 1st. 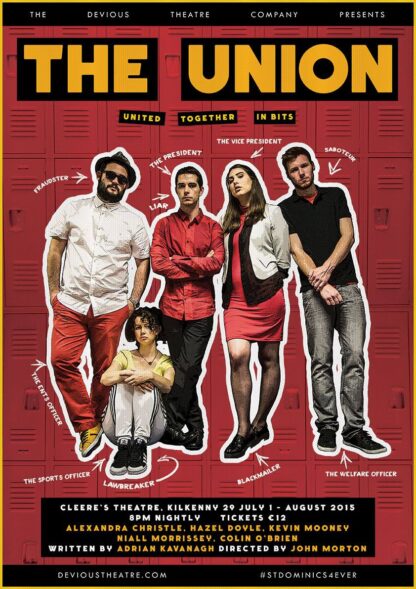 “It was uncomfortable to be that close to paranoia; to have sympathy for characters and see those feelings disappear in a visceral assault on your ability to take it all in… for me, this was generational ‘guerilla attack’ theatre by theatre-makers who ‘zing’ with commitment and are not troubled by theatrical convention.” Liam Murphy, The Munster Express