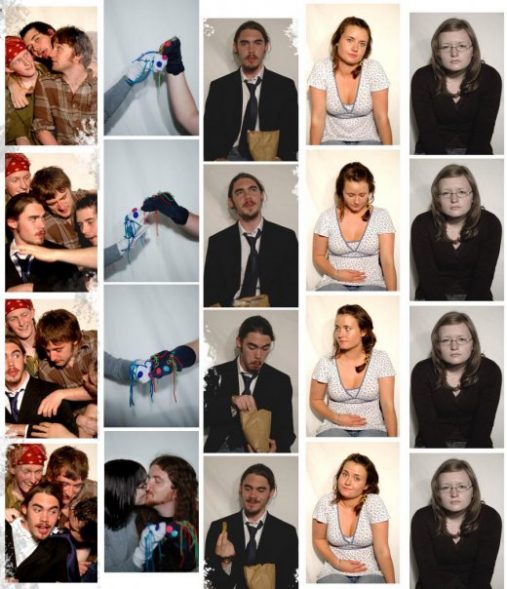 A tragicomic series of stories from Kilkenny City…

“Bronagh is pregnant with Dave’s child, he’s got a bad alcohol problem and she’s worried. Her friend Cat is also worried. She finally broke up with Tony and she’s moved onto a new fella, Niall, who oozes charm…or is it charm? Her brother Mark is wise like an owl and he reckons that she and Tony need a clean break. Tony has got with Ailbe to make Cat jealous, she sounds like a robot but still, it’ll do. Ailbe used to go out with Kevin but now he’s going to New Zealand. Claire just came back from South America with Kevin’s heart weighing down her hand luggage. Worrying is always weighing Stevey down, and now that he thinks he might have testicular cancer his worrying just got worse. It was the worrying that caused Sinead to dump him spectacularly. She’s just back in town and she does not want casual sex, no thanks. Tommy can’t have casual sex. His dick has been feeling limp, like himself really. He needs a spark. Apparently Daffney Molloy has spark, Tommy has never met her but he’s heard the stories…”

Smitten by John Morton was first performed in The Barn, Church Lane, Kilkenny from 20th – 23rd August 2008 in a production directed by Colm Sheenan. 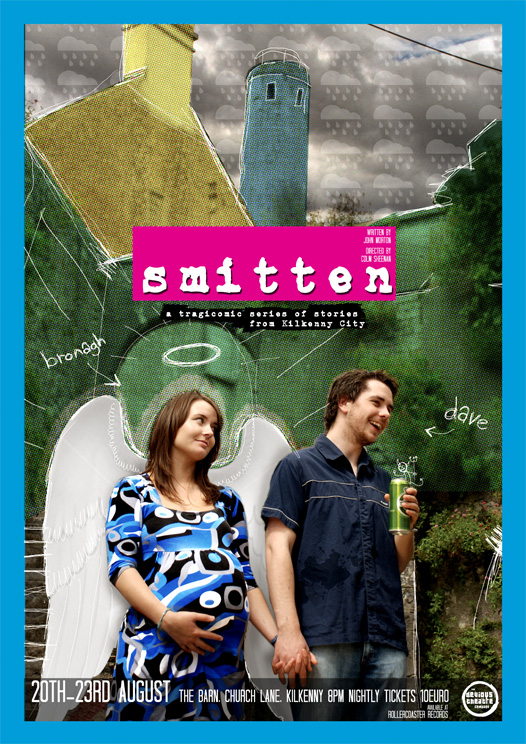 Smitten depicts a tragicomic series of loosely interlinked stories set in Kilkenny City over a succession of rainy summer nights.The characters at the core of Smitten are all young adults trying to find their bearings in life. The realities of adult life are dealing a harsh blow to the best laid plans, in a way that leaves them totally smitten… in all the meanings of the word. 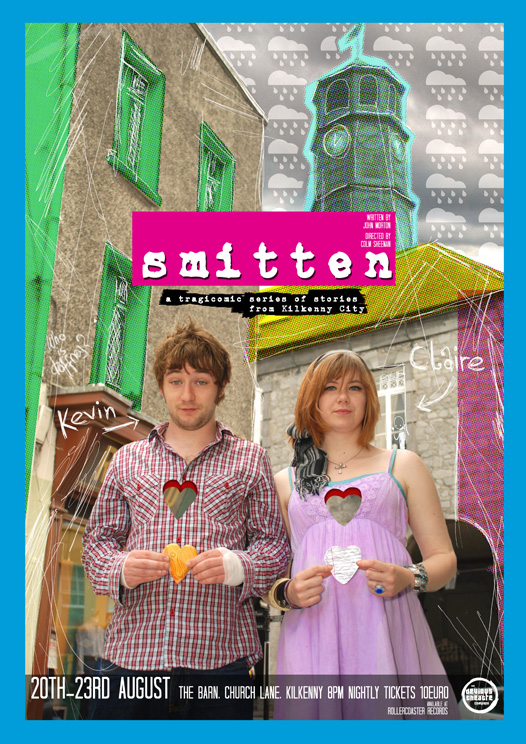 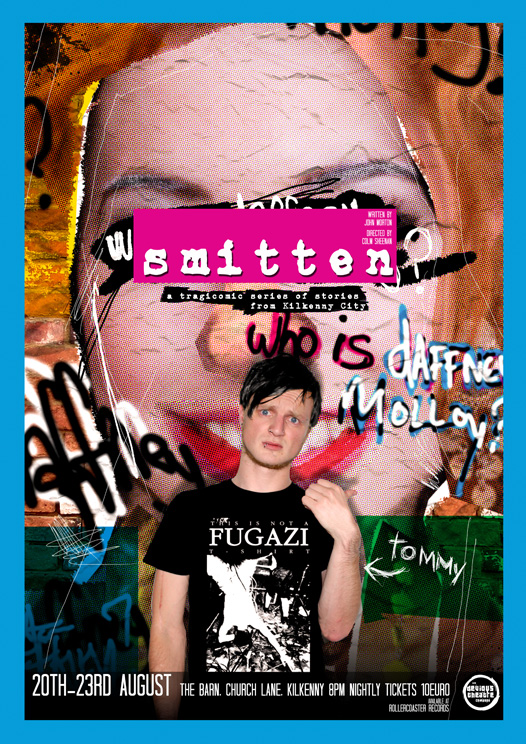 Smitten was produced with the support of Barnstorm Theatre Company.