Home Devious Shows & Past Productions The Centre Of The Universe (2015) 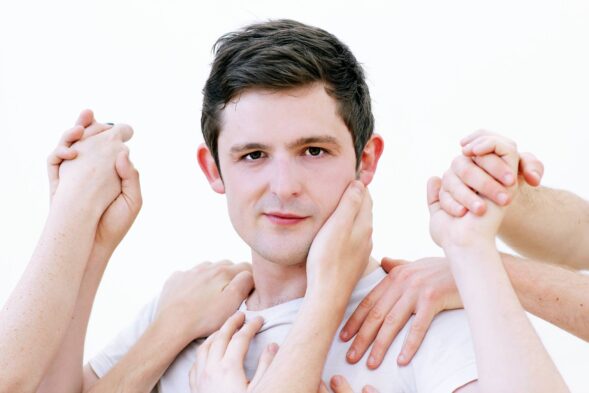 The Centre Of The Universe tells the story of John, a young man down on his luck, unemployed and drinking too much. On the day of his first job interview for ages, his neuroses and insecurities come crashing down on him resulting in a whole new way of approaching life. John decides to set up his own cult. And he’s at the centre of it. Over the course of this engaging, informative talk, he explains how you can join him.

“Are you the best you that you can be? If not, why not? How do you unlock that hidden potential? What are you willing to do in order to find out? My name is John and I want you to join a cult. Forget self-help, life-hacking, happiness columns and self-improvement articles. This is it. A brand-new, cutting-edge life strategy that will help you become the best version of yourself possible. I’m so happy to share this with you, for you.”

The show was written and performed by John Doran. It was originally a Show In A Bag Production at the Tiger Dublin Fringe Festival 2014. It played Quarter, Cork on February 7th 2015 and Cleeres Theatre, Kilkenny from 11th to 14th February 2015 as a Devious Theatre presentation. It subsequently performed at West Cork Fit Up Festival 2015 and AKA Fringe 001.

Show In A Bag is an artist development initiative of Tiger Dublin Fringe, Fishamble: The New Play Company and Irish Theatre Institute to resource theatre makers and actors.

“A witty script with clear direction from John Morton, the real jewel is Doran’s distinct and nuanced portrayal of multiple characters.” – The Sunday Times