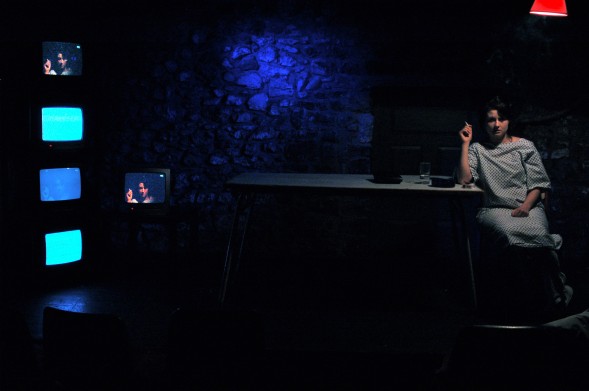 bash by Neil LaBute was first performed in 1999. It became quickly renowned for its shocking and unflinching portrayals of everyday evil with the New York Times calling it ‘insistently brutal’. Like much of LaBute’s work, it exposes the dark and sinister undercurrents of clean cut middle American life. The play was considered so shocking at the time that LaBute was disfellowshipped by the Church Of Latter Day Saints, of whom the characters of bash are members. Our production focused on exploring a society where pressures of finance, career and family can drive seemingly decent people to do truly terrible things in order to maintain balance.

In iphigenia in orem a young utah businessman recounts a particularly chilling confession to a stranger in a Las Vegas hotel room. It was performed by John Morton and directed by Ken McGuire.

a gaggle of saints sees a young couple document the violent events of a romantic weekend away in New York. It was be performed by Amy Dunne and Ken McGuire and directed by Annette O’Shea.

In medea redux a young woman tells the ultimately tragic tale about a romance with her high school teacher when she was a teenager. It was be performed by Annette O’Shea and directed by John Morton. 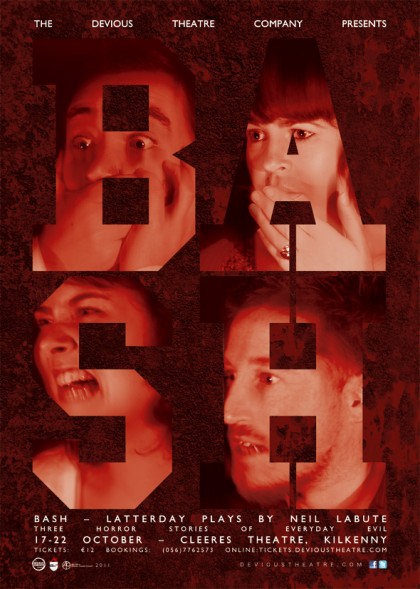