Home bash: latterday plays One Half Of A Gaggle 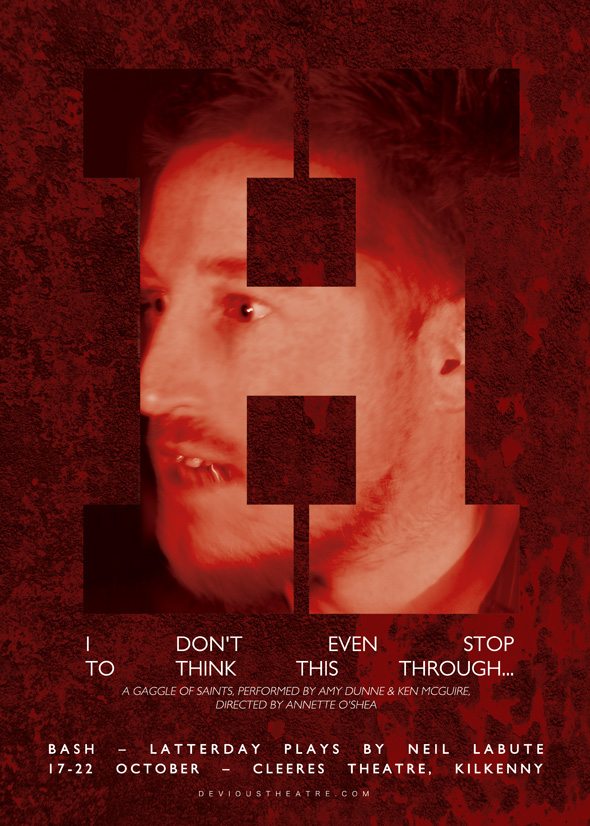 One Half Of A Gaggle

Ken McGuire last appeared for us in Smitten. Here, like John, he writes about his relationship with a gaggle of saints, American accents and the lucky charm that is a tuxedo. 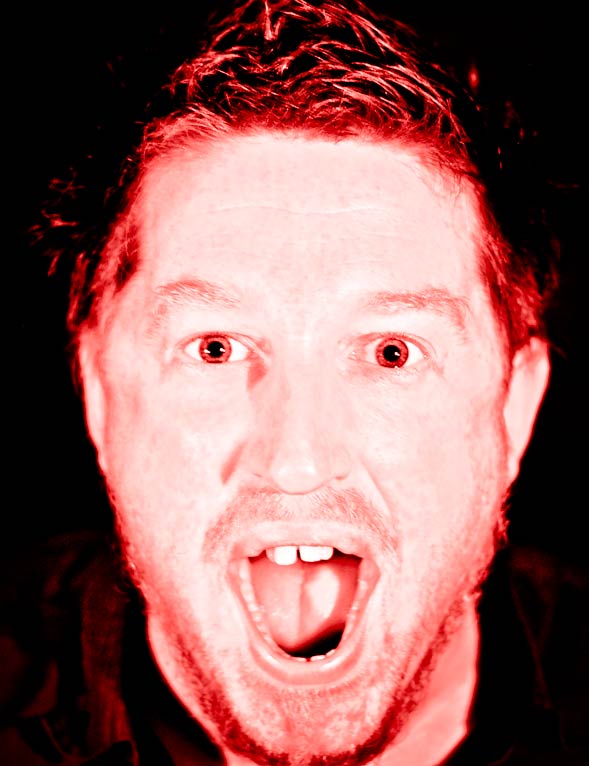 This one is ticking a few boxes for me. First off, it allows us to mark bash off our list of things to do in the theatre. It puts me into my first short play (outside of sketch shows or scene based shows, everything I’ve done in the last fifteen years has been feature-length). I’ll save my third box for the performance week, see if you can figure it out. And, interestingly enough, it marks the ten year anniversary of myself and Amy Dunne appearing as a couple on stage. Take that, Kilkenny history boffins. Of course, the last time we shared spoken roles together, she put me in my place by pulling a gun on me so we’ll see what happens next week.

Genuinely though, I’m loving exploring bash, and in particular, a gaggle of saints. With four of us working in close quarters on the three pieces, I don’t think I can recall a time in the past five years with the company that we’ve dissected a script so much – whatever about accents or physicality but actually trying to delve into the minds of the characters, dig out their back story from the text, really get under their skin. While the performances are quite stationary, LaBute has created some remarkable characters within each text which gives us a lot to work with.

Given the nature of the piece, the rehearsal process has been thrown on its head. I’m sick of the sound of my own voice, or at least sick of the voice that was recorded three weeks ago. I’ve been listening back to a recording myself and Amy did of the piece and I guess I sounded to an American what Americans sound to Irish people when trying an Irish accent. But, thankfully, it’s come on in the past few weeks.

What has been tough to chew at times is the script in itself. Not for the amount of content – we’re getting through that – or the speed or the cues, but the actual subject matter itself. In a blog post last week, John summed it up perfectly in saying

“We want it to shock. We want it to horrify people. And for the first time since we’ve been producing shows, we want people to feel bad about laughing.”

That’s just it. Each performance contains genuinely shocking material. So read about it, you see it in film or on TV but with each production, it’s laid bare in front of you – one on one with the actors in a small room, and you need to face it. That delivery, that execution as an actor, has been the real testing point. Finding that point means, I think, you’ve finally gotten to the heart of the character.

But it’s a test that’s been welcomed and once the show is done I’ll tick the box that says “test passed”. Or something cheesy like that.

On a closing note, the last time I wore a tuxedo for The Devious Theatre Company, we won a PPI Radio Award so the omens are good for the week ahead.

See you at the bash…