Home Devious News Night Of The Living Dead: The Prologue 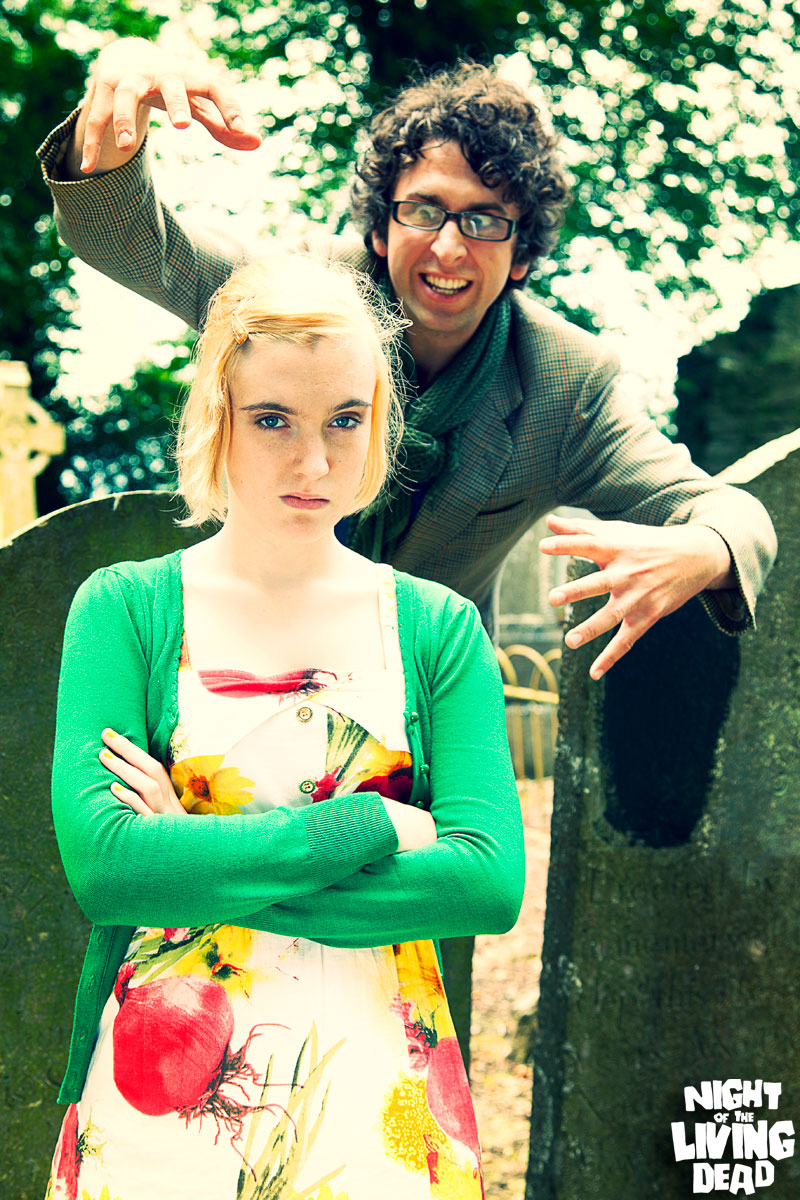 Night Of The Living Dead: The Prologue

The prologue for our version of Night Of The Living Dead has just gone online!

We premiered it last night to a full house in Billy Byrnes after a screening of the original 1968 George A. Romero movie. It went down a treat! It’s effectively a shot for shot remake of the opening scene of the movie with siblings Barbara and Johnny visiting their parents graves on a night where the dead are starting to slowly come back to life and attack the living. Have a watch of it here!

It stars co-writer Connie Walsh as Babs and Philip Brennan as her brother Johnny. It also features Darragh Byrne as a slightly… poorly man, shall we say. All three are members of the cast for the stage show which hits the stage of the Watergate Theatre this coming Tuesday July 24th. This short movie was shot in collaboration with our good friends at Mycrofilms. It was written by John Morton and Connie Walsh and directed by John Morton. Richie Cody did the shooting with Alan Slattery and Alex McGovern-Smith doing the editing. Peter Lawlor of Replete provided the score. It was produced by Ken McGuire and Alan Slattery and production design came from our own Niamh Moyles. Our crack team of theatre professionals sure know how to multi task as a crack team of film professionals!

It leads straight into the events of the stage play so if you’re planning on coming to see the play, have a watch of this first. And if you’re not, it may just persuade you to!

Night Of The Living Dead opens this Tuesday July 24th at 8pm in the Watergate Theatre, Kilkenny. It runs until July 28th. Tickets can be booked on 056 – 7761674, watergatetheatre.com or else pop into the box office on Parliament Street.