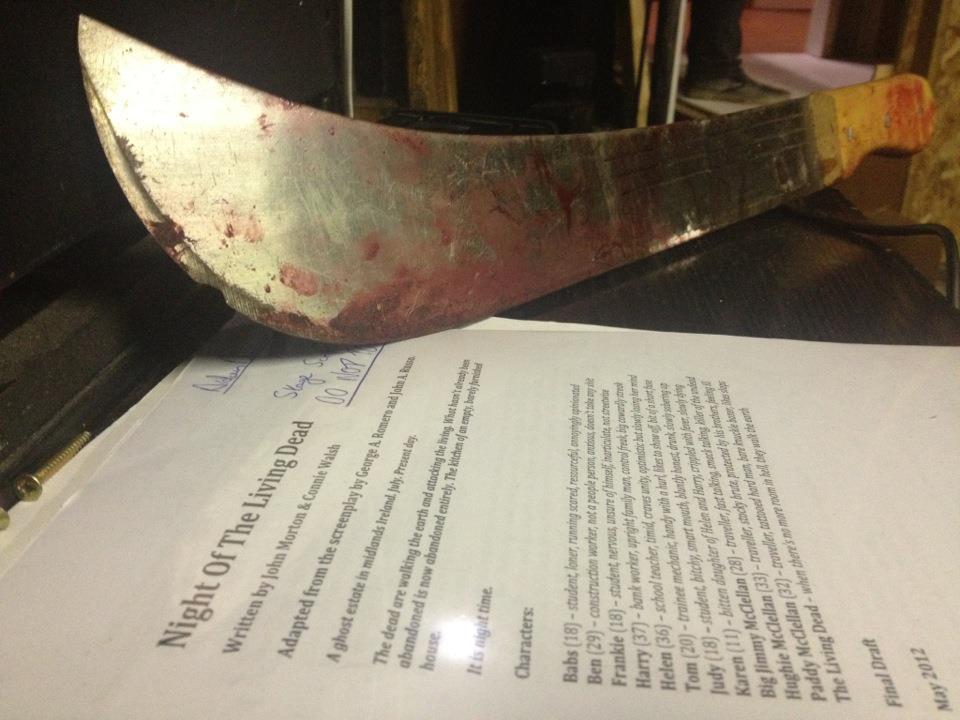 Night Of The Living Dead Opens

The Irish stage premiere of Night Of The Living Dead opened up last night to a capacity crowd in The Watergate Theatre, Kilkenny.

We have been blown away by the response to last night’s debut performance. For us, it was the culmination of a year of hard work and after an intense rehearsal period it made a huge difference to bring the show to a massive expectant audience and just let it fly. The Watergate Theatre was buzzing, sweaty (oh so sweaty) and rapturous for most of the show. And we’re glad to say that all the big moments hit. Not physically… although maybe a little. We want to entertain people first and foremost and we’re pretty confident we did just that.

It was the first time we’ve had such a huge audience in The Watergate Theatre. We’ve played to big houses there before on Cannibal! The Musical and Trainspotting but this was quite the full house. Must have been the discounted tickets! But they were great. They laughed, screamed, shouted and sweated. What more could a theatre company ask for on the opening night?A standing ovation… no, we got that too. It was a huge rush… but Jesus, the heat. That’s why people try to avoid doing theatre in the summer…

Feedback to the show has been fantastic. Outside of the handshakes and pub chats, the ol’ Twittersphere was our main source of feedback from last night. Two particular tweets described it as ‘smart, funny, bleak and bloody’ and a ‘fun, mad, strange play that will make you laugh’. The word ‘epic’ got bandied about a bit which is always a nice one to get. We’ll take that badge and we’ll wear it proudly.The word is good and it’s spreading like a virus.

There’s still tickets available for the show for the next four performances of Night Of The Living Dead but as last night proved, it sells quick! Get them while you can! Book now on 056 – 7761674 or online at watergatetheatre.com.