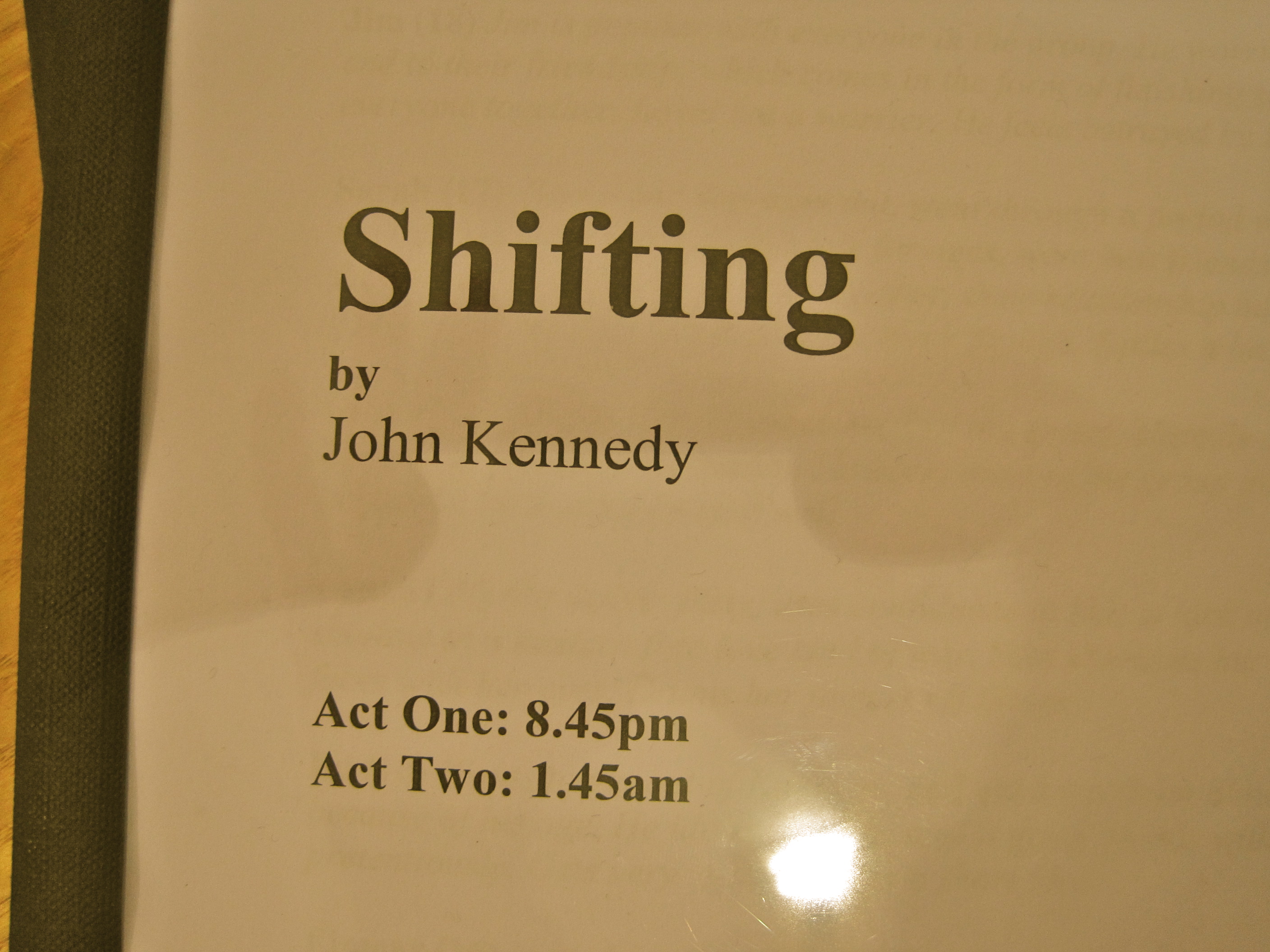 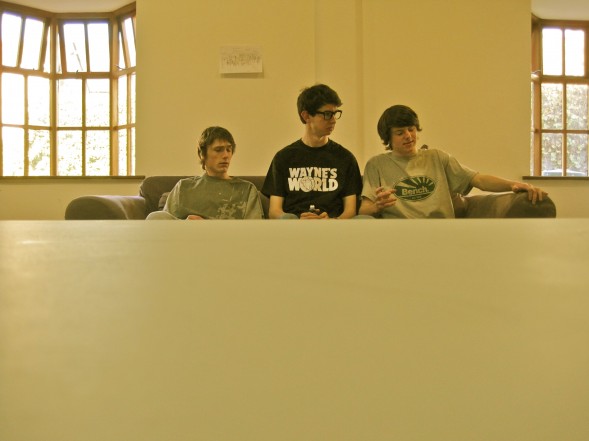 After coming off the Dario Fo Season and Scratcher, I’m comfortable with the fact that at this stage all our beasts are very different. I’m having a lot of fun directing Shifting and tackling new challenges. To be honest, it’s the play I’ve been most excited about directing out of the whole ‘In The Future When All’s Well’ season. Probably because I didn’t write it and my own neuroses about my own plays can take a back seat. Also, because it’s a whole bunch of fresh faces to Devious Theatre. These are actors (a lot of whom) I’ve known for years through my involvement with Dreamstuff Youth Theatre, and it’s so gratifying to see them taking a step up to our company and performing meaty, adult work. Also, the novelty of hearing them say ‘Fuck’ and ‘Cunt’ has yet to wear off for both me and them. 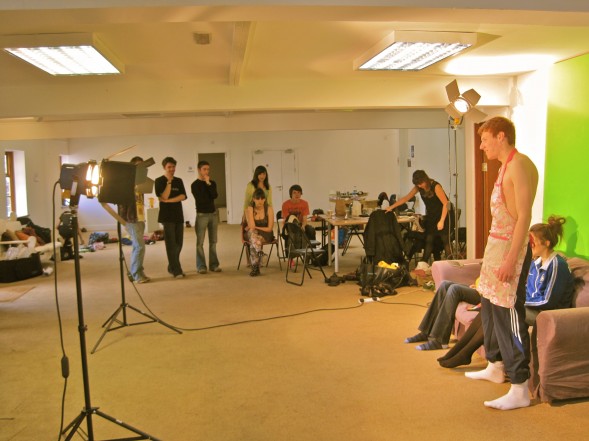 John Kennedy is another fine example of our youth nurturing policy (and the brilliant crop of talent in Kilkenny at present) and he’s marked himself out as an exciting writer, one for the future as the phrase goes. I’ve been aware of what he’s been capable of for quite a while but to see how he’s developed this piece has been extraordinary. I worked with him in a mentor’s role, asked the tough questions and gave him the parameters with which to work (keep an eye on the future, set it in Kilkenny, no heroin or spaceships, etc.) and he came up with the goods in spades. 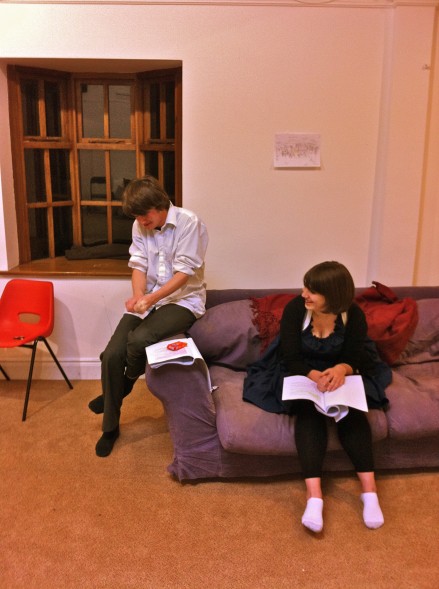 After working on it from late last year throughout the first half of our current residency, John has delivered an hilariously funny, bittersweet and poignant piece of theatre. I’ve likened it to a John Hughes film made into a play, which is a nice comparison. But undoubtedly Shifting has a lot more dick jokes. 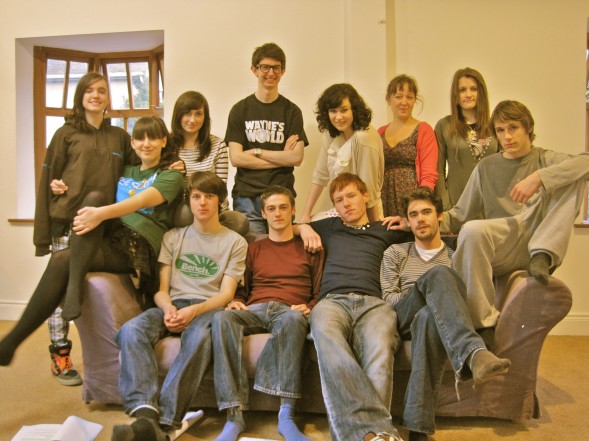 The actors have taken to it like ducks to a duck pond and it’s really gratifying to see how much effort they’ve put into the play. All of the characters are unique and well drawn, there’s a lovely chemistry between them all and their sense of ensemble is fantastic (the incoming Smitten cast are being drafted in for lessons).

I’ll be writing a lot more updates as we approach the opening night on April 18th but for now, that’s a very short description of how we moved to this point and where we are at. There’s a lot more shifting to be done over the next 3 weeks.