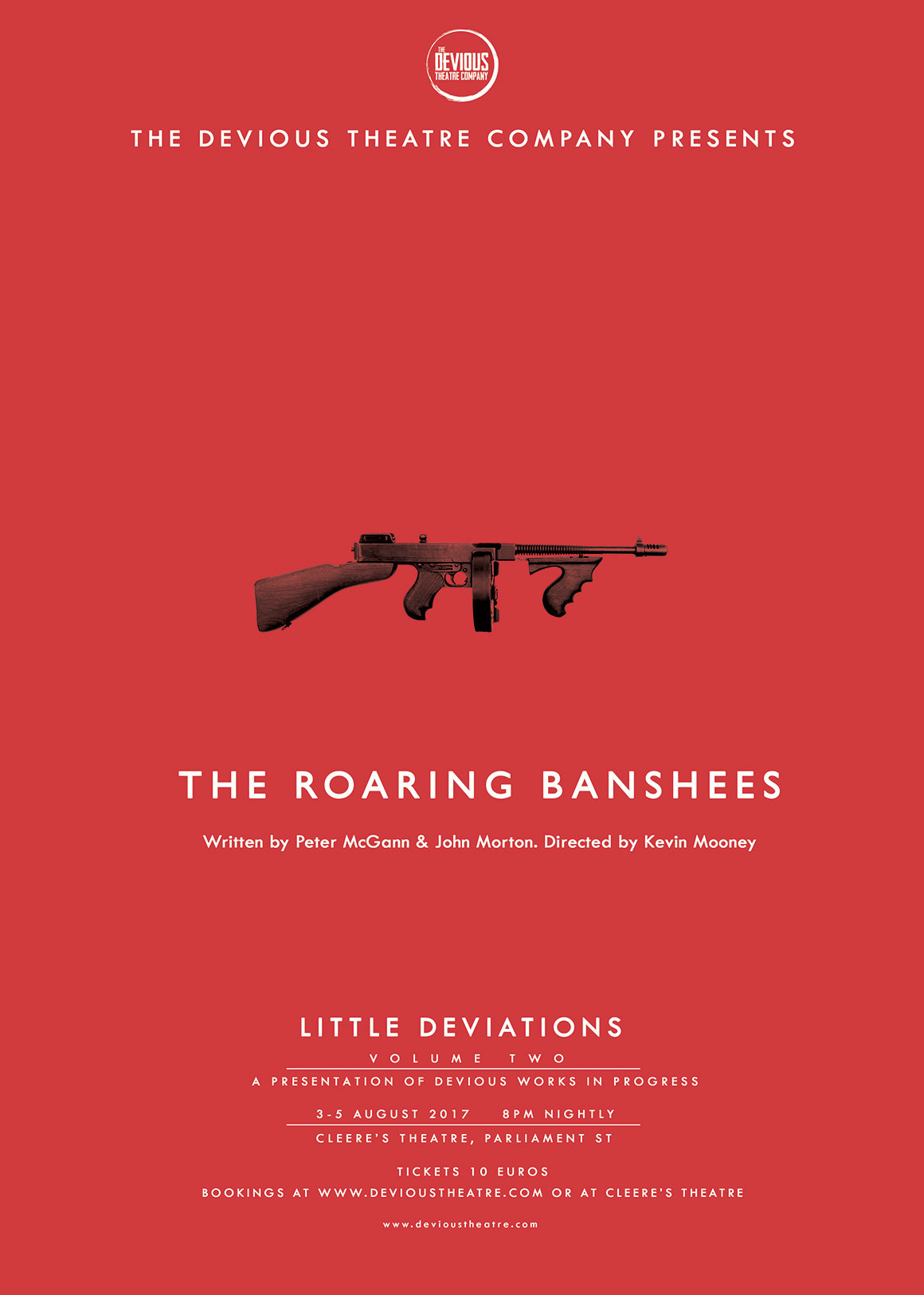 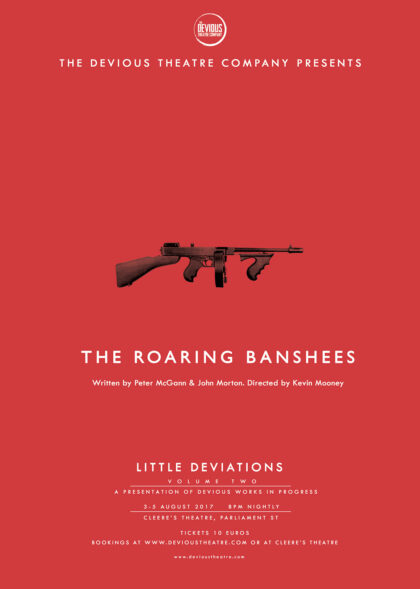 Peter McGann wrote his first play The Hellfire Squad with John Morton. He wrote and directed the short films The Eyeball Waltz, Sure look this is it, Not Tonight and Go West as well as various sketches that have screened as part of the Little Cinema in Galway and the Firehouse Film Contest in Dublin. He has written for Republic of Telly where he created the recurring character of Dick Liver. His one-man show An Evening With Liam Nugent was staged as part of the AKA Festival in 2016, and he returns with his follow up The Liam Nugent Variety Hour this year.

John Morton has previously written the plays War Of Attrition, Scratcher, Smitten and Heart Shaped Vinyl for Devious Theatre. He also wrote Taboo for White Label. His sixth full length play Tenterhooks premieres in February 2018, also with White Label. It was previously a part of Little Deviations: Volume 1. He has also written the community theatre project Bridge Street Will Be and co-wrote the Irish stage premiere of Night Of The Living Dead. John co-wrote The Hellfire Squad with Peter McGann and they are planning on writing a trilogy of ‘Ripping Yarns’ based around the formation of the Irish Free State. The Roaring Banshees is the second installment.