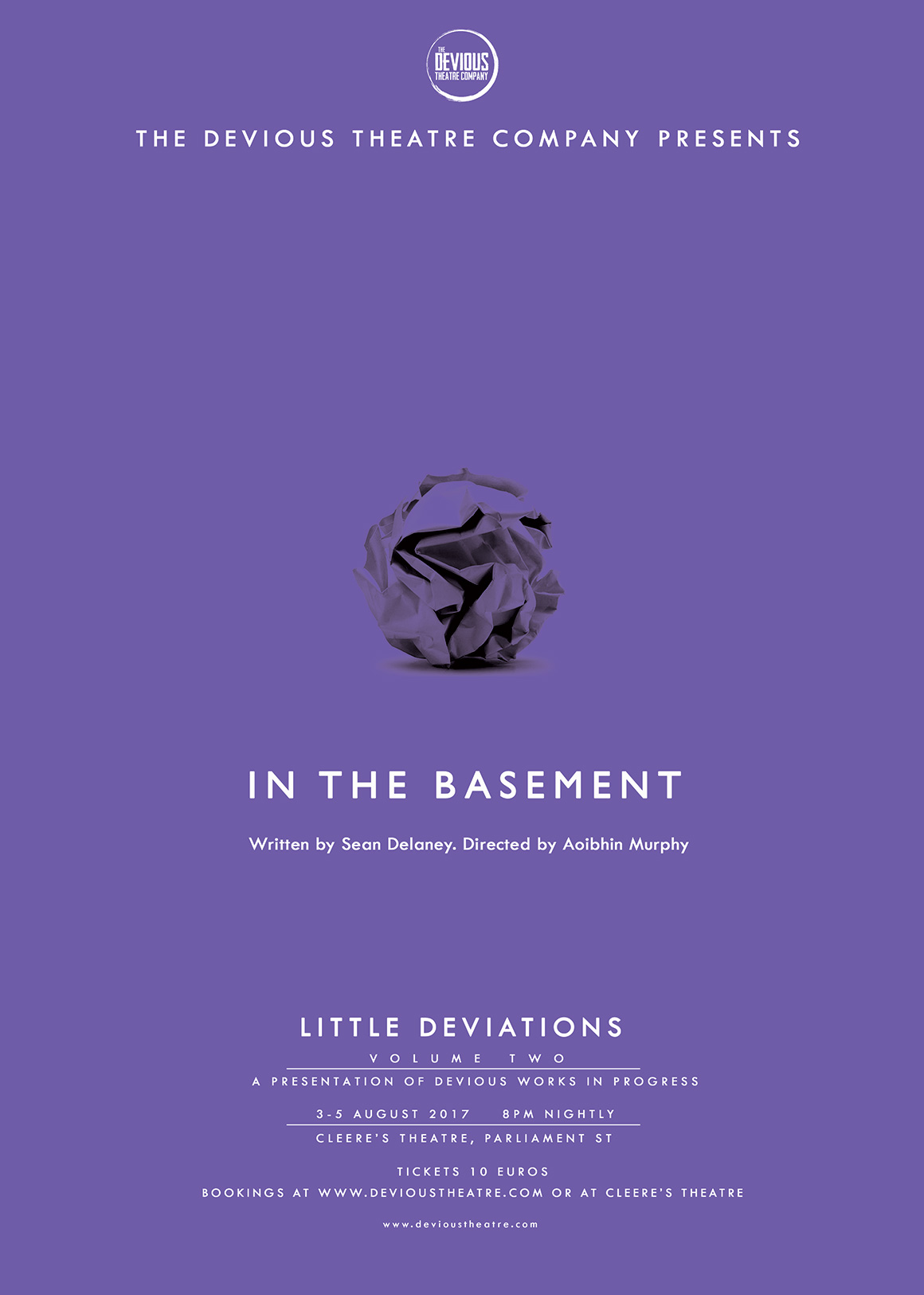 Little Deviation #3: In The Basement

In The Basement
by Seán Delaney

Hugh really wants to be poet. However, he is inescapably and tediously bad at it. In frustration with his own short comings Hugh decides to look at all his favourite writers and see what they have in common; what is the special formula for brilliance? What he finds is tragedy, death, sexual escapades, and general debauchery… all of which he is going to try in the name of finding the Muses

Seán Delaney is a young writer from Kilkenny. He is mostly a playwright but also enjoys writing flash fiction and poetry. He loves reading, music and having very deep, philosophical discussions with his dog, Marley. His work has previously appeared in the CTY Ireland Anthology, Catering To Your Imagination and Dublin-based magazines GOWP and The Runt.