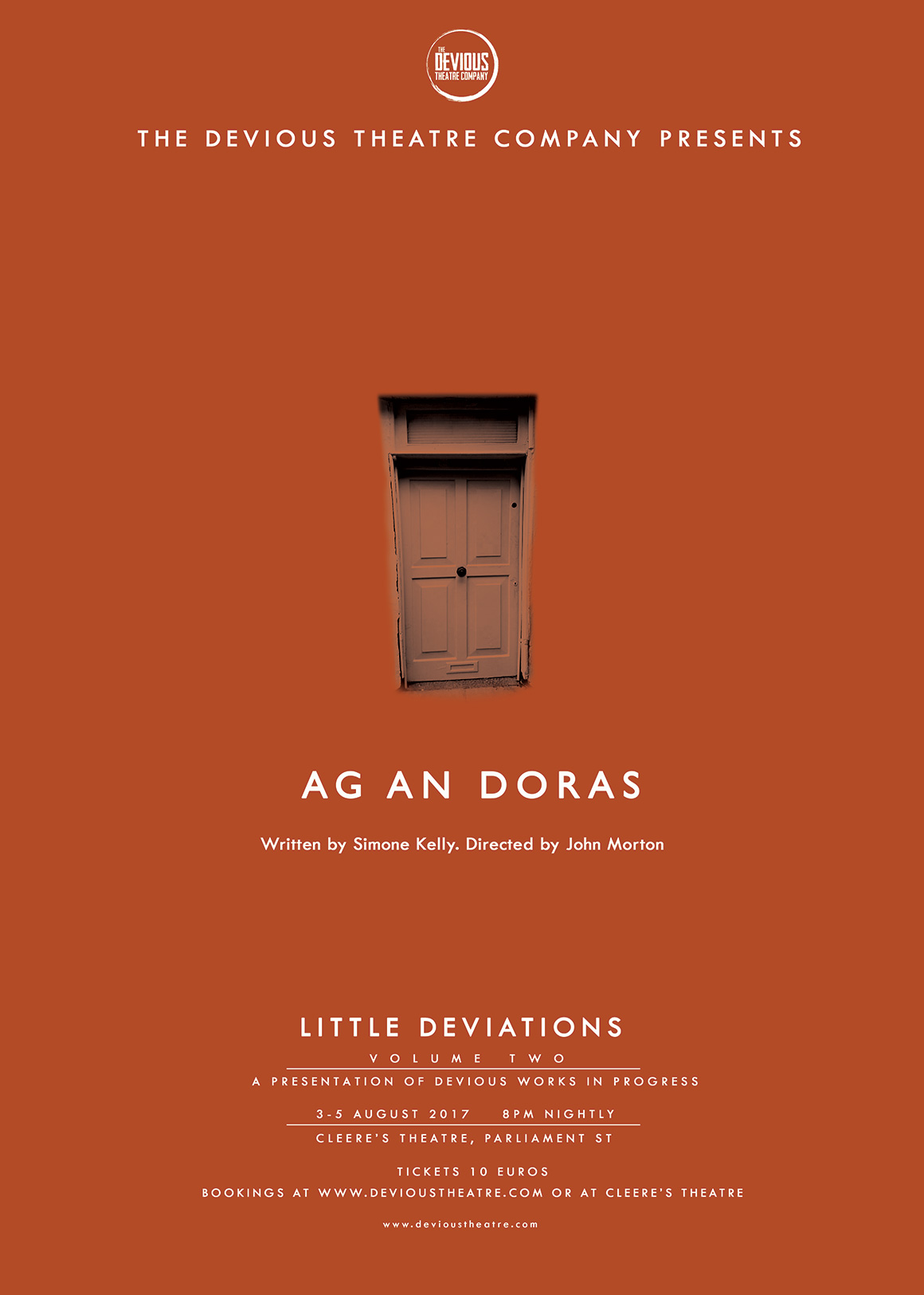 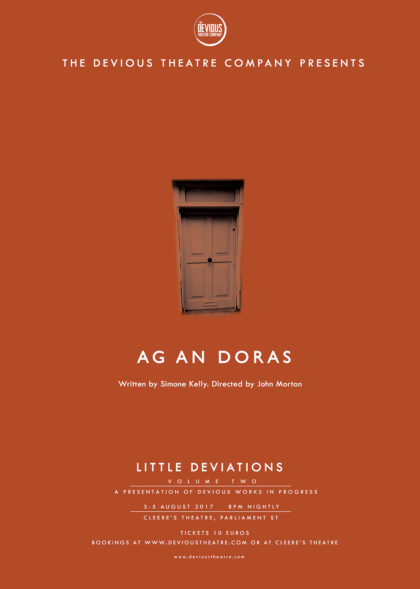 Ag An Doras
by Simone Kelly

Simone Kelly has previously appeared as an actor for Devious Theatre in shows like Heart Shaped Vinyl, Cannibal! The Musical and Accidental Death Of An Anarchist.  She studied English Literature in UCD where she discovered her all-time favourite playwrights; Beckett, Friel, Heaney and John B. Keane. This is her debut work for the stage. Simone did a course with The Big Smoke Writing Factory last year and wrote her first piece of fiction, ‘Angus’. She read this at The Big Smoke’s annual literary meet-up and at an International Women’s Day event organised by Alan Butler in Kilkenny library.