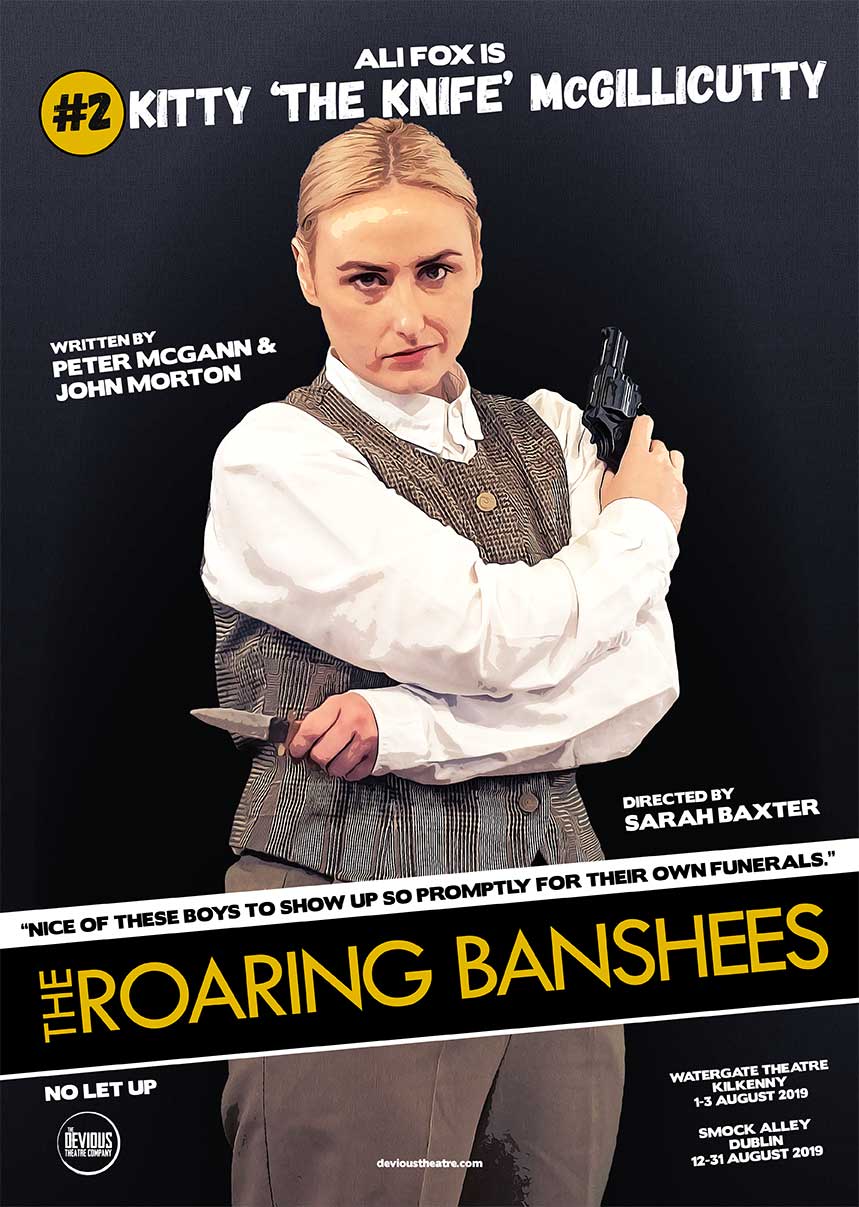 They’re nearly here. Meet the second in command of The Roaring Banshees.

Kitty ‘The Knife’ McGillicutty is the consigliere, handler and marketer of the ‘Banshee’ brand. A smooth talking, blade sharp, out and out politician. What she doesn’t know isn’t worth knowing. The Fixer.