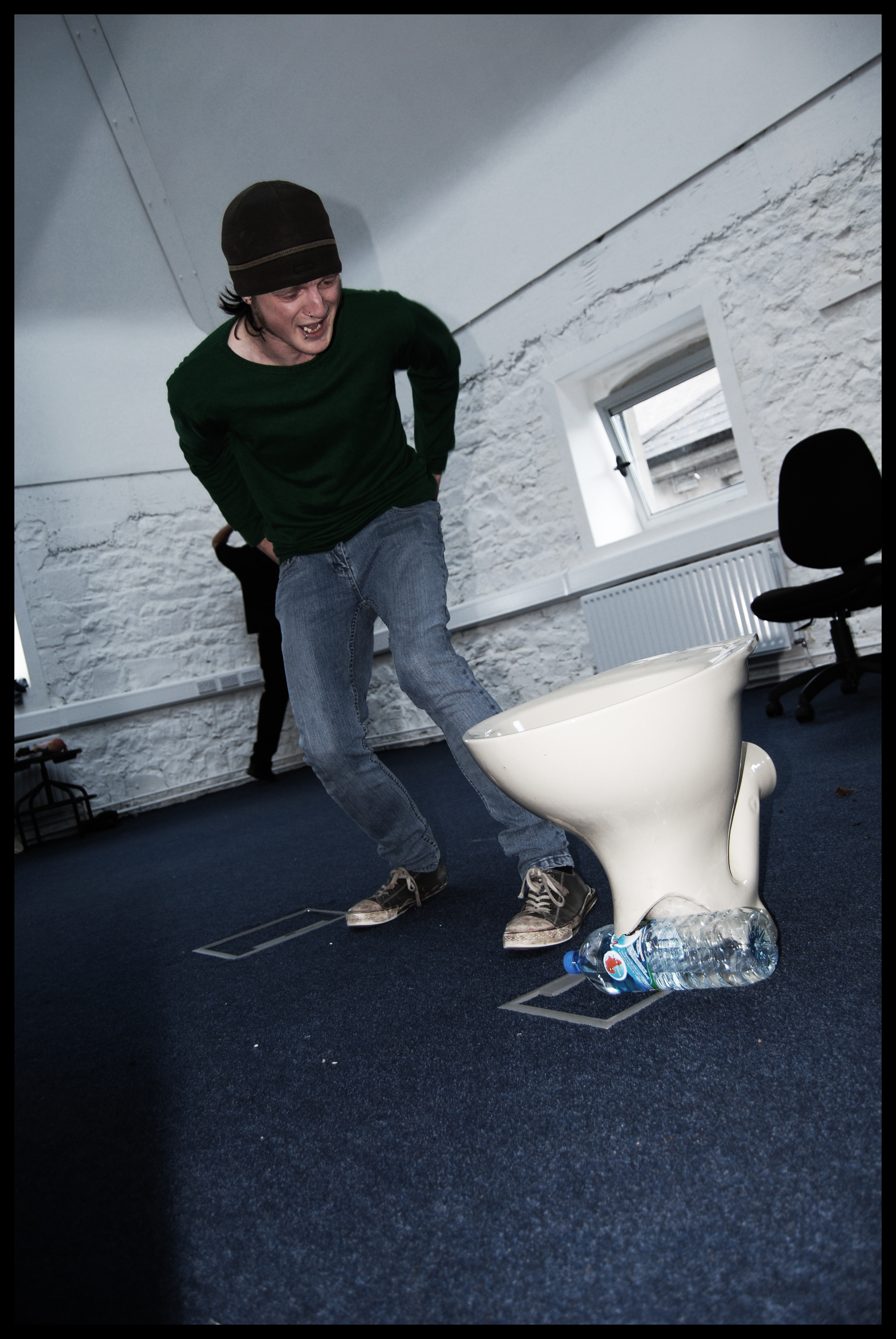 The next clip from our production of Trainspotting sees Mark Renton attempting to combat his heroin addiction. However, the withdrawal symptoms force him to desperately seek one last hit, sending him careering towards an encounter with a not very pleasant toilet. It’s literally the shits.

This is the sixth scene to be taken from our production of Irvine Welsh’s Trainspotting, as performed in Kilkenny’s Watergate Theatre in June 2008.

This scene is probably the most iconic of Welsh’s book and features Ross Costigan as Mark Renton and Stephen Colfer as the other characters he encounters on his desperate trek.

For more clips check out the Devious Theatre Youtube.