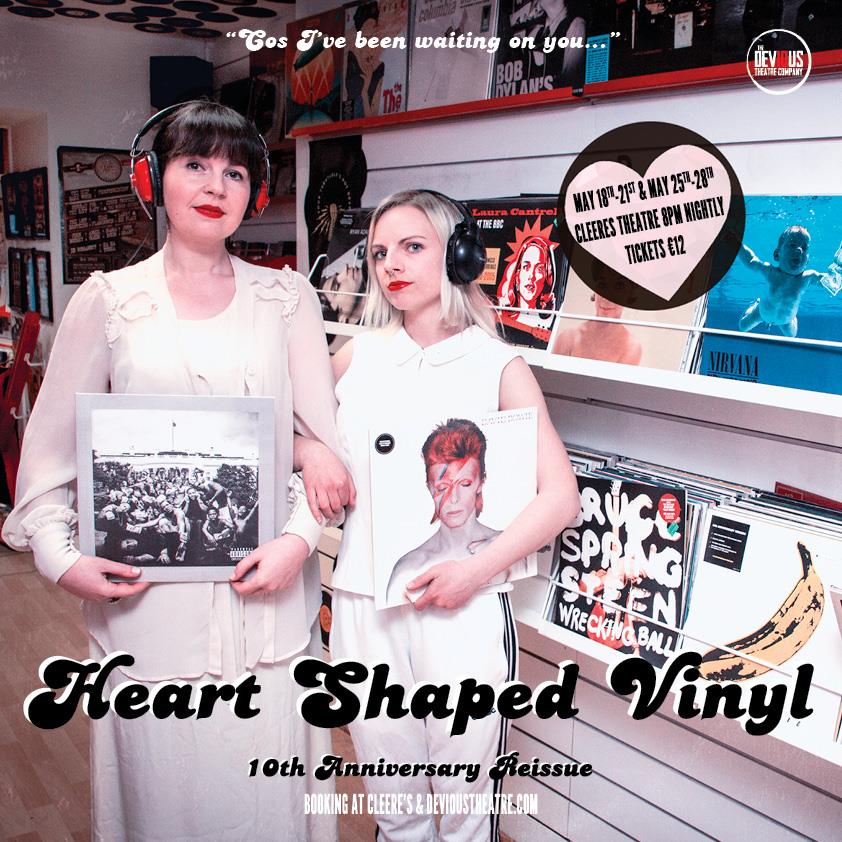 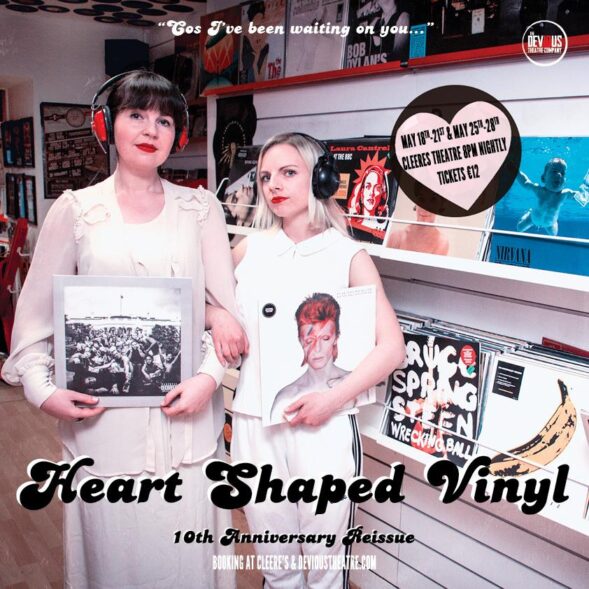 The final Heart Shaped Vinyl album cover takes us right up to the present day as we issue a brand new decade, the 2010’s.

Louise is a DJ. Maggie is a punter. But is the customer always right?

Maggie and Louise are experiencing some irreconcilable musical differences.

Niamh is a founding member of Devious Theatre. Previous onstage credits include Night Of The Living Dead, Smitten, Cannibal! The Musical and Heart Shaped Vinyl. She most recently appeared in her own one woman show Yer Wan. Directing credits include Trainspotting (with John Morton) and War Of Attrition. She will next appear in her own show Pulled which premieres this autumn.

Amy appeared in the original production of Heart Shaped Vinyl. Other credits with us include Cannibal! The Musical, Smitten, Scratcher, Bash, War Of Attrition and as part of the voice casts in The War Of The Worlds and Vultures. Other credits include Daughters Of The Revolution (4elements) and Da (Watergate Productions). Amy is a graduate of the Lee Strasberg Institute in New York.

Heart Shaped Vinyl opens in John Cleere’s Bar & Theatre  this Wednesday night running from May 18th-21st / 25th-28th at 8pm nightly. Tickets for the show can be booked here. This series of posters are designed by  Ken McGuire.