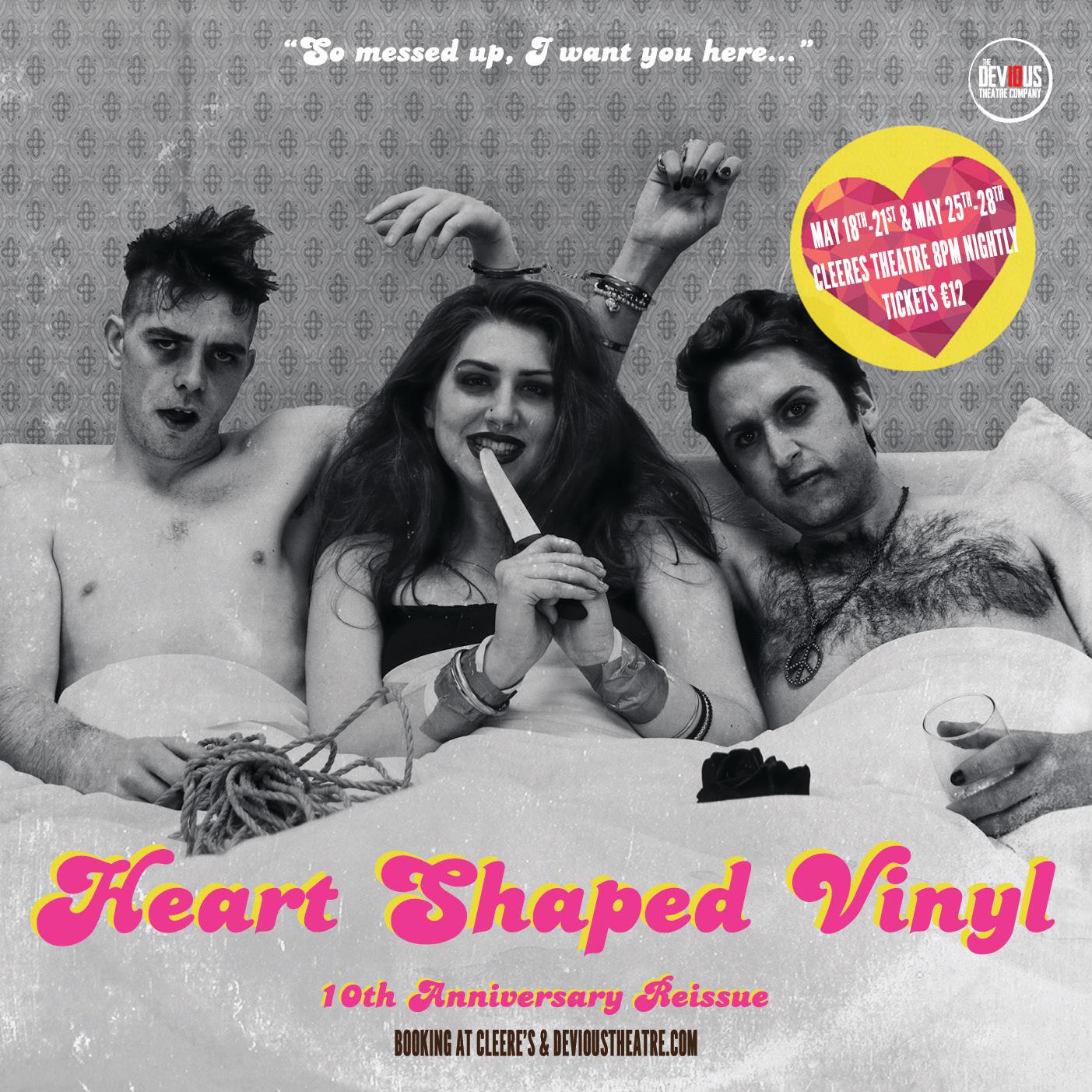 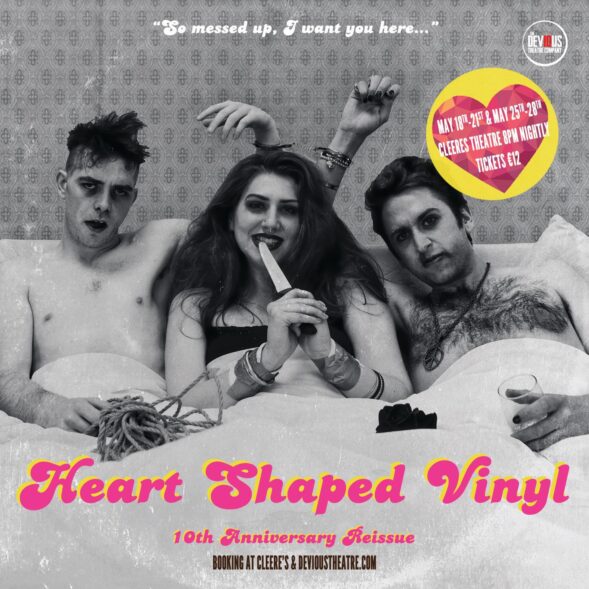 The second album cover for Heart Shaped Vinyl takes us into the era of punk and everything’s gotten that much scuzzier.

Deedee is a punk rocker. And her favourite band are The Skidmarks. Her latest memento? Their lead singer Jimmy Skids.

1979 – I Wanna Be Your Boyfriend by The Ramones

The Pope is in Ireland and punk is on the way out. A despairing Jimmy doesn’t want to move with the times. But the times have moved Deedee towards Bryan.

Kevin Mooney is a founding member of Devious Theatre and has appeared in all productions of Heart Shaped Vinyl, directing the 2007 version. He last appeared as The President in The Union last July. Other Devious Theatre credits include Some Flood (which he co-wrote), Night Of The Living Dead and Smitten. He also co-wrote our radio version of The War Of The Worlds. He last appeared in The Elephant Man by KATS in The Watergate Theatre.

Alexandra Christle last appeared as the Vice President in last years production of The Union by Adrian Kavanagh. Other appearances with Devious Theatre include Amy in Shifting and in zombified form as Maeve in Night Of The Living Dead. She also directed The Union as part of Little Deviations: Volume 1 in 2013.
Philip Brennan has previously appeared with us as Johnny in Night Of The Living Dead in 2012 and in The Hellfire Squad as part of Little Deviations: Volume 1, which he also directed. Other recent credits include The Last Post by Just The Lads and Rise from The 1916 Project in which he plays Thomas MacDonagh.