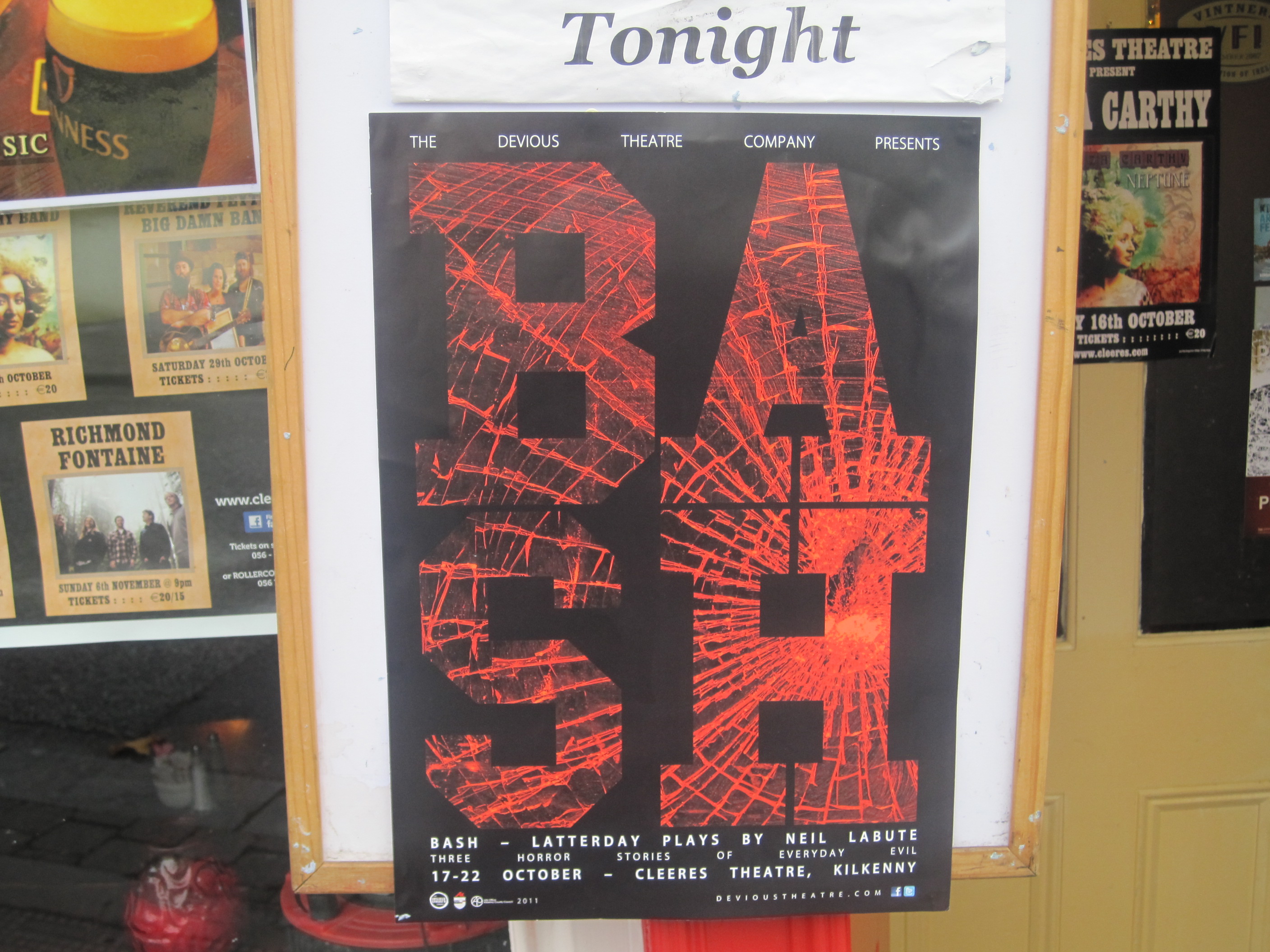 Getting This Bash Started 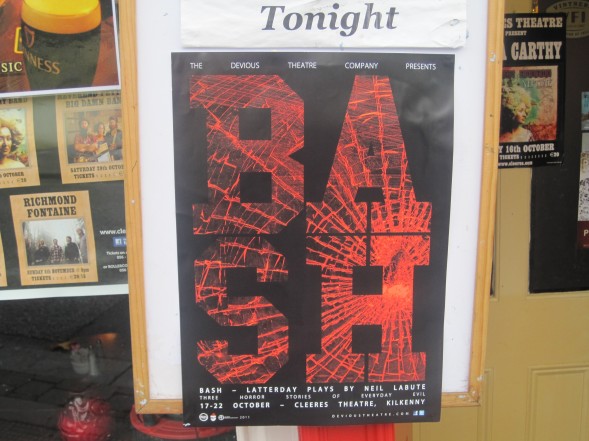 After a whirlwind couple of weeks of rehearsals we’ve arrived here in Cleeres Theatre to open up proceedings. We’ve been teching all morning, sorting out the seats and testing our soundscape. It’s all coming together really well and as an added bonus we’ve just stocked up on Cleeres homemade chorizo and tomato soup. We’ll be well sorted for the evening.

We’ll be opening the doors tonight at 7.40 and will be starting the show absolutely dead on at 8pm. So if you’re thinking of running late, please try not to as we won’t be able to let you in until the second play. The running order for the play is iphigenia in orem, a gaggle of saints and then we’ll finish with medea redux after the interval. 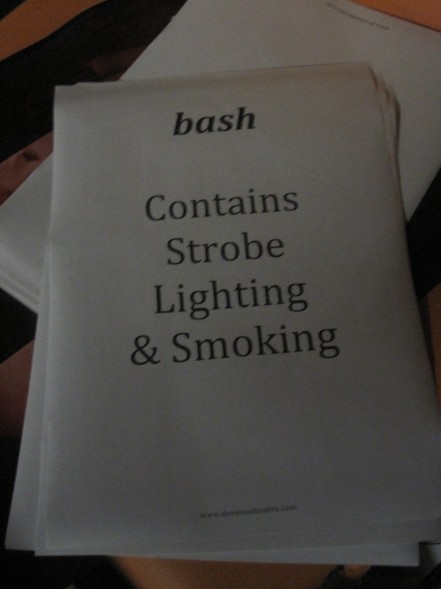 We hope we’ll see you there! Tickets are starting to fly out and we’re confident that we’re going to deliver something a little different again. bash will run until this Saturday night, October 22nd at 8pm nightly. You can book tickets in Cleeres on 056 – 7762573 and online here.