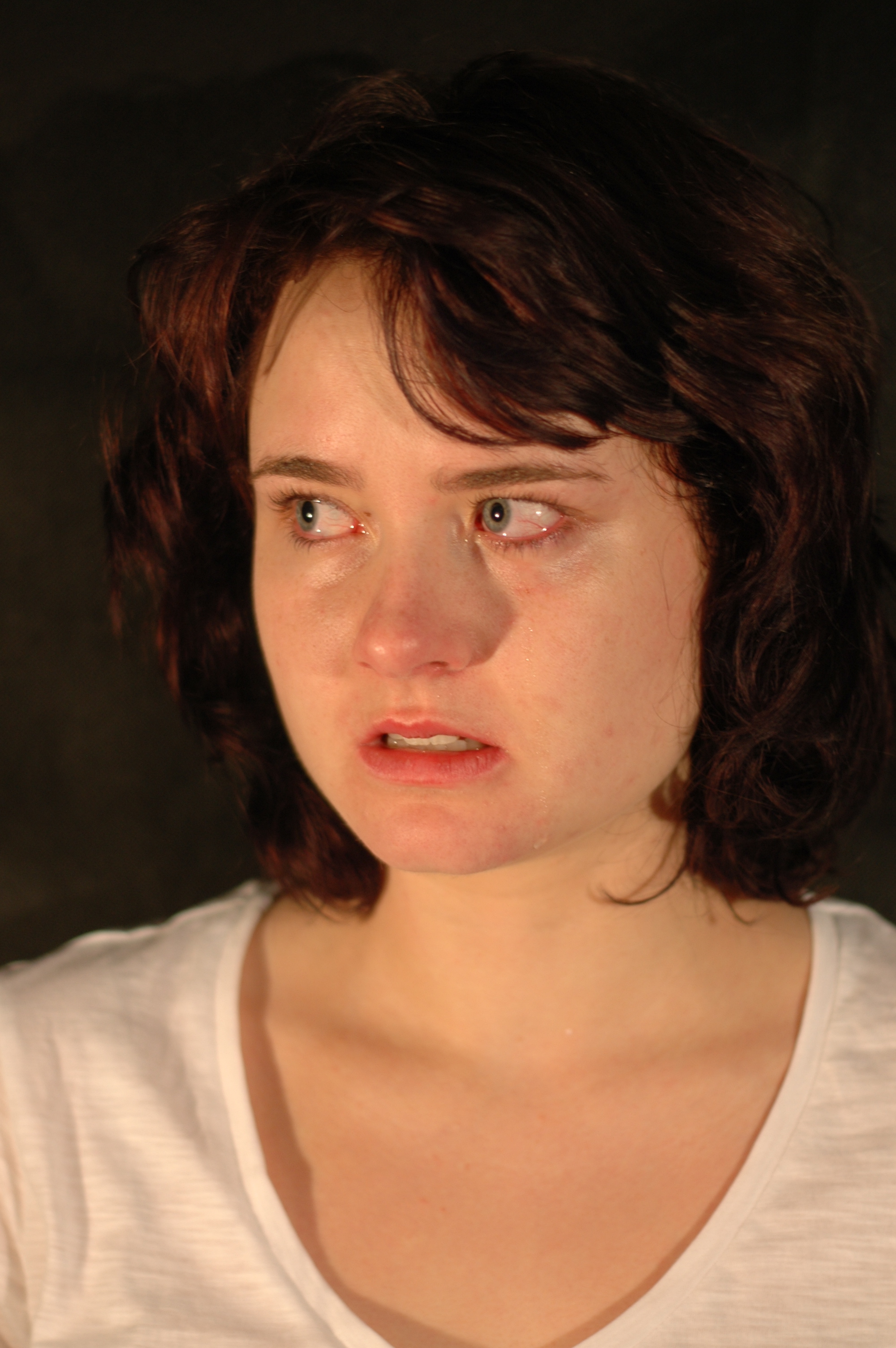 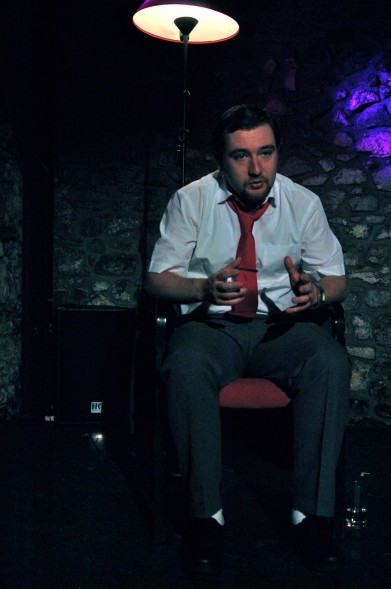 The following review appeared in ‘Encore’ as part of The Munster Express, week-ending Friday October 28th 2011. Online subscribers can access the review here. The review is written by Liam Murphy who was in attendance on the opening night of the production.

Devious Theatre Company, Kilkenny took another positive step towards recognition as a professional theatre company with a stunning production at Cleere’s Theatre, of the controversial Bash: Latterday Plays by Neil Labute. This is a play, because of the subject matter of its three sections caused the author to be excommunicated from the Church of the Latterday Saints. These plays are meant to evoke revulsion and admiration and this company repelled me with the presentation of evil in a cruel, indifferent world and impressed me with strong, searing acting in a small intimate space, where you had to engage with the horror onstage or look away.

Based loosely on aspects of the cruelty and inhumanity contained in Greek theatre, these three pieces, two monologues and a dialogue took more ability than just nerve to do something shocking and controversial.

In Iphigenia in Orem, John Morton confronts his audience with a confessional admission that he stood back and allowed his baby, an infant, to smother beneath a duvet or comforter as American’s say. His explanation of this horrible act had a chilling rationality to it and it was a feat of acting and directing by Ken McGuire.

McGuire partnered Amy Dunne in A Gaggle Of Saints where he describes how his friends go up to the city for a bash or party, follow a gay man and beat him to death, steal his ring and present it to his fiancé, Dunne. The counterpoint of their cross purpose dialogue is a wonderful testament to fine acting and spot on direction from Annette O’Shea.

John Morton directed the final piece, Medea Redux, where a tearful O’Shea recalls being seduced by a teacher and giving birth to a fine baby boy. In an unspeakable act of revenge and cruelty she kills the son to make a point to the smug teacher who rejected her.

This was a difficult performance and Annette O’Shea riveted the audience with an awesome performance where I just could not avert my eyes and such was the shock at the heart of this play that I found it hard to applaud at the end.

Why the Arts Council has not granted-aided this company to become a professional theatre is an indictment of the reductive trend many subsidized organizations are pursuing with difficult diligence.