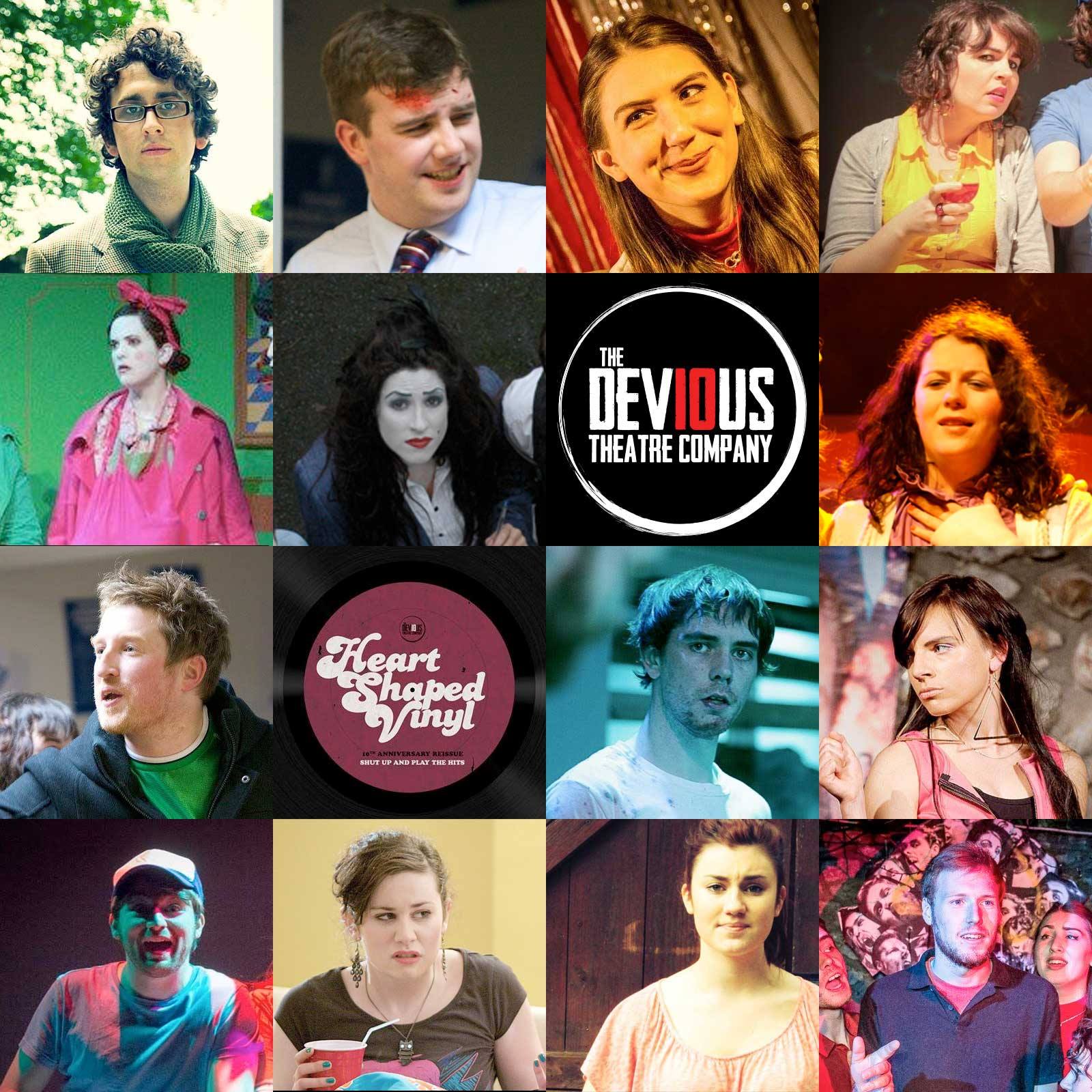 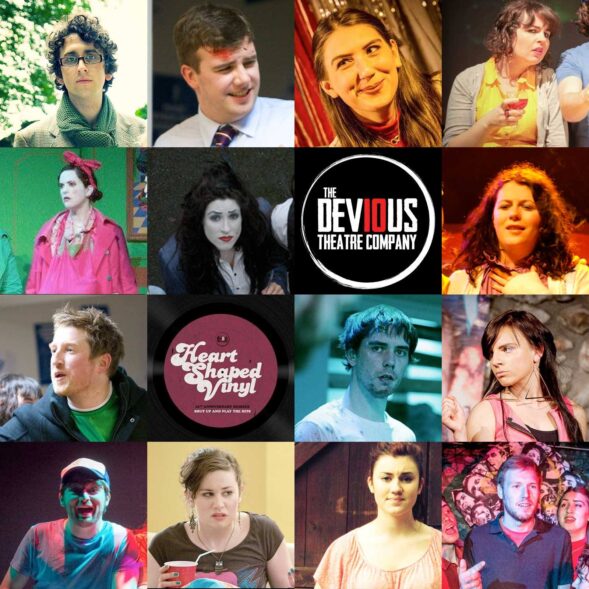 Here’s the first in a series of previews of the three shows that will be making up our 10th anniversary Devious 10 programme for 2016.

Heart Shaped Vinyl is the first release for the year, although technically we should call it a re-release. It’s a new version of our debut production, first performed in August 2006 and restaged again in June and October 2007. 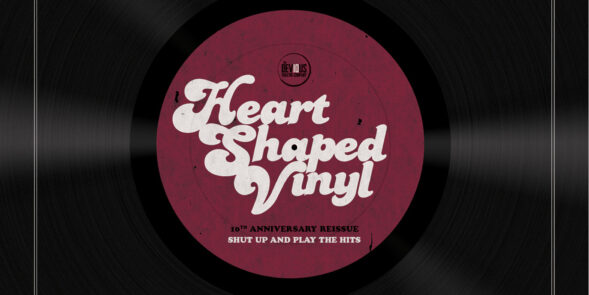 Heart Shaped Vinyl is a theatrical mix tape focusing on pop music, relationships and a whole lot of heartbreak over the course of six decades. Originally set between 1963 and 2006, this new version adds a brand new story set in the years 2014 and 2016. The play is broken into Side A and Side B, both of which tell different sides of six different stories featuring an ensemble cast of 14 actors. It is written by John Morton who will be directing a production of the show for the first time.

Here’s a look at our cast (handily running L-R on the above photo):

Philip Brennan has previously appeared with us as Johnny in Night Of The Living Dead in 2012 and in The Hellfire Squad as part of Little Deviations: Volume 1, which he also directed.

Alan Butler has acted with us as Inspector Pisani in Accidental Death Of An Anarchist and as The Man in Scratcher. He most recently directed The Shadow Of A Gunman for KATS and next appears in Watergate Productions and Barnstorm’s co-production of Translations.

Alexandra Christle last appeared as the Vice President in last years production of The Union by Adrian Kavanagh. Other appearances with Devious Theatre include Amy in Shifting and in zombified form as Maeve in Night Of The Living Dead.

Amy Dunne appeared in the original production of Heart Shaped Vinyl in 2006. Other credits with us include Cannibal! The Musical, The War Of The Worlds, Smitten, Scratcher, Bash, War Of Attrition and Vultures.

Hazel Fahy was part of the Heart Shaped Vinyl cast in 2007. She also directed the play for NUI Maynooth Dramasoc in 2006. Other credits for Devious Theatre include Joanie in Cannibal! The Musical and Margherita in Can’t Pay? Won’t Pay!

Simone Kelly was part of the original Heart Shaped Vinyl cast and reprises her role here. Other Devious Theatre credits include Cannibal! The Musical, Lizzie in Trainspotting and Maria Feletti in Accidental Death Of An Anarchist.

Kevin Mooney is a founding member of Devious Theatre and has appeared in all productions of Heart Shaped Vinyl, directing the 2007 version. He last appeared as The President in The Union last July. Other credits include Some Flood (which he co-wrote), Night Of The Living Dead and Smitten.

Niamh Moroney is a founding member of Devious Theatre. Previous onstage credits include Night Of The Living Dead, Smitten, Cannibal! The Musical and the original production of Heart Shaped Vinyl. She will next appear in her own show Pulled which premieres this autumn.

John Morton is the writer of this play and directs it here for the first time. He last directed The Union in 2015. Onstage credits with Devious Theatre include War Of Attrition, Bash, Smitten, Scratcher, Trainspotting and the first production of Heart Shaped Vinyl.

Anne-Marie O’Brien makes her Devious Theatre debut. She has previously been part of Spark Productions troupe in Graiguenamanagh. Credits include the title character in the Irish stage premiere of Jack Thorne’s Bunny as well as The Last Of The Freshers by Adrian Kavanagh.

Colin O’Brien last played The Welfare Officer in The Union by Adrian Kavanagh in 2015. Previous Devious Theatre credits include Night Of The Living Dead, the roles of Adam in Phantasm and Marko in Shifting, both by John Kennedy.

We’re looking forward to taking a trip back to the last decade (and all the other ones) with this new production of our first show. It has been hugely popular on the student drama circuit and has been presented in over ten different productions in the last decade. All previous Devious productions of the play have sold out and for this one off commemorative edition, we expect tickets to be snapped up in advance. If you want to guarantee yours, get them right here.

Heart Shaped Vinyl will crank up its jukebox in Cleeres Theatre, Kilkenny for eight performances only from 18th-21st and 25th-28th May 2016. And once it’s gone, there won’t be any encores.