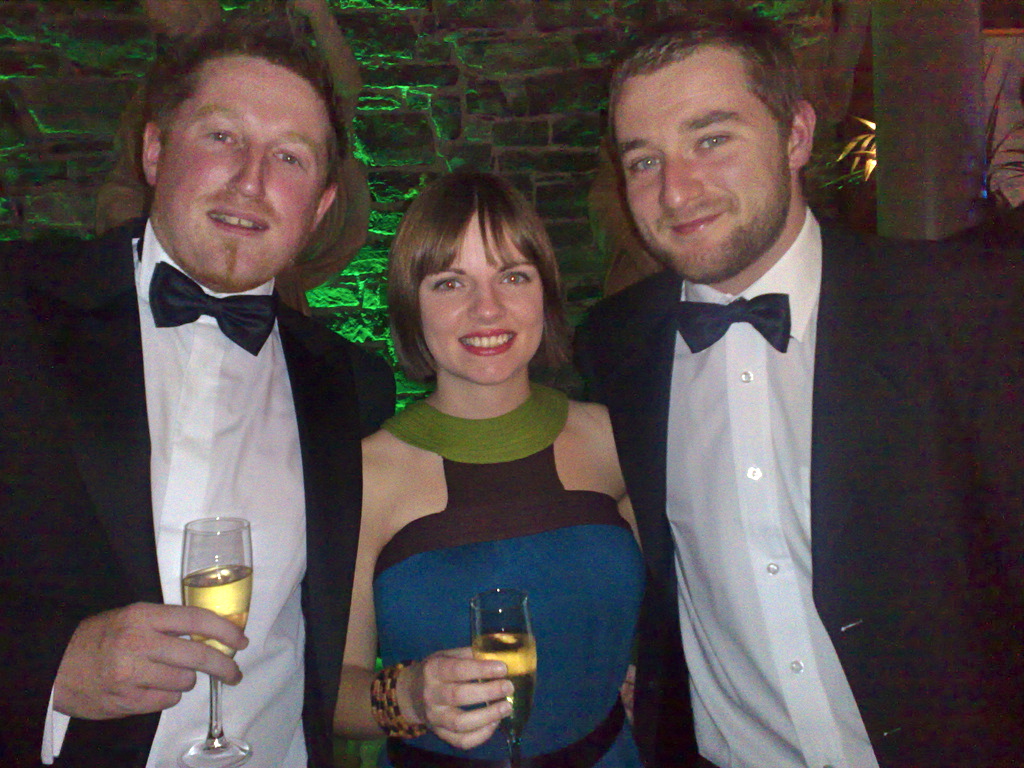 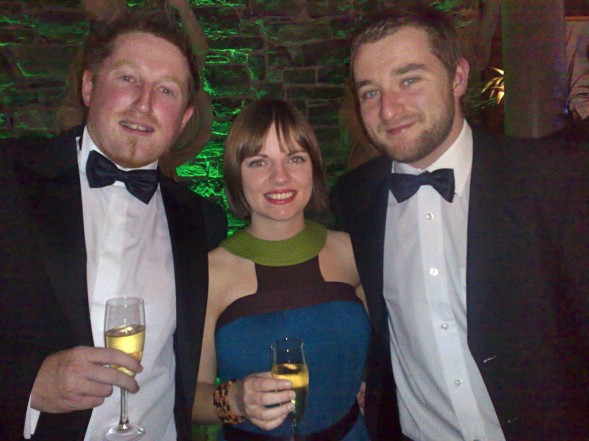 The dust has settled on what was a long weekend for us here at DTC, the 2009 PPI Radio Awards taking our attention on Friday night in Kilkenny and Devious Theatre (and KCLR96FM) taking the Bronze Award in Best Drama for our presentation of The War Of The Worlds last October.

For our first journey into the world of radio drama, picking up the recognition of a PPI award is a fantastic boost for us and a continued success for the radio station as they had picked up an award in the same category last year.

The awards themselves were held at the five-star Lyrath Estate Hotel here in Kilkenny and the event on a whole had five-star stamped all over it. Myself and John arrived to the champagne reception at 7pm, the first ones in the door by the looks of things which, when you’re done up to the nines, puts you in the frame of mind where you’re going “eh… are we sure this is black tie?” with Niamh (above, middle) joining us shortly afterwards.

From champagne to an incredible meal, to the awards ceremony itself and beyond, it turned into a late and great night for ourselves and the station. We did the rounds, chatting with some of the neighbours in Beat FM, Radio Kerry and other stations though I don’t think we managed to catch up with any of the other drama heads in the room. Our own category on the night featured entries from ourselves through KCLR96FM, Radio Kerry, i102-104, WLR FM (winners of best local station) and Newstalk who, if memory serves me correct, scooped the Best Drama prize in the windup, along with several other awards and the prestigious title of Full Service Station Of The Year, though wisecracks were later heard about why Texaco and Maxol missed out when they’re only up the road.

I would imagine the awards, for those in the industry, are very much like those for your own industry in that everyone in the room knows everyone else in the room etc., something I think we’d be more at home with at the Irish Web Awards this coming Saturday in Dublin (we’re also in the running for an award there), but as KCLR’s CEO put it on Friday night, “hopefully it’s the start of a long and prosperous relationship” for ourselves and the station and, should we pull our radio drama socks up shortly, we might find ourselves in the running again next year.

From ourselves, our thanks to John Purcell, John Dash, Edwina Grace, John Keane, John Walsh, Sue, Aisling, Tomm, Martin and everyone else at the station who have supported us over the last twelve months, pushed through the application for WOTW and continue to allow us take to the airwaves to promote our schedule of theatre during the year. It’s for moments like Friday night that you can never underestimate the power and community of local radio.