Home bash: latterday plays Are You Ready To Listen? 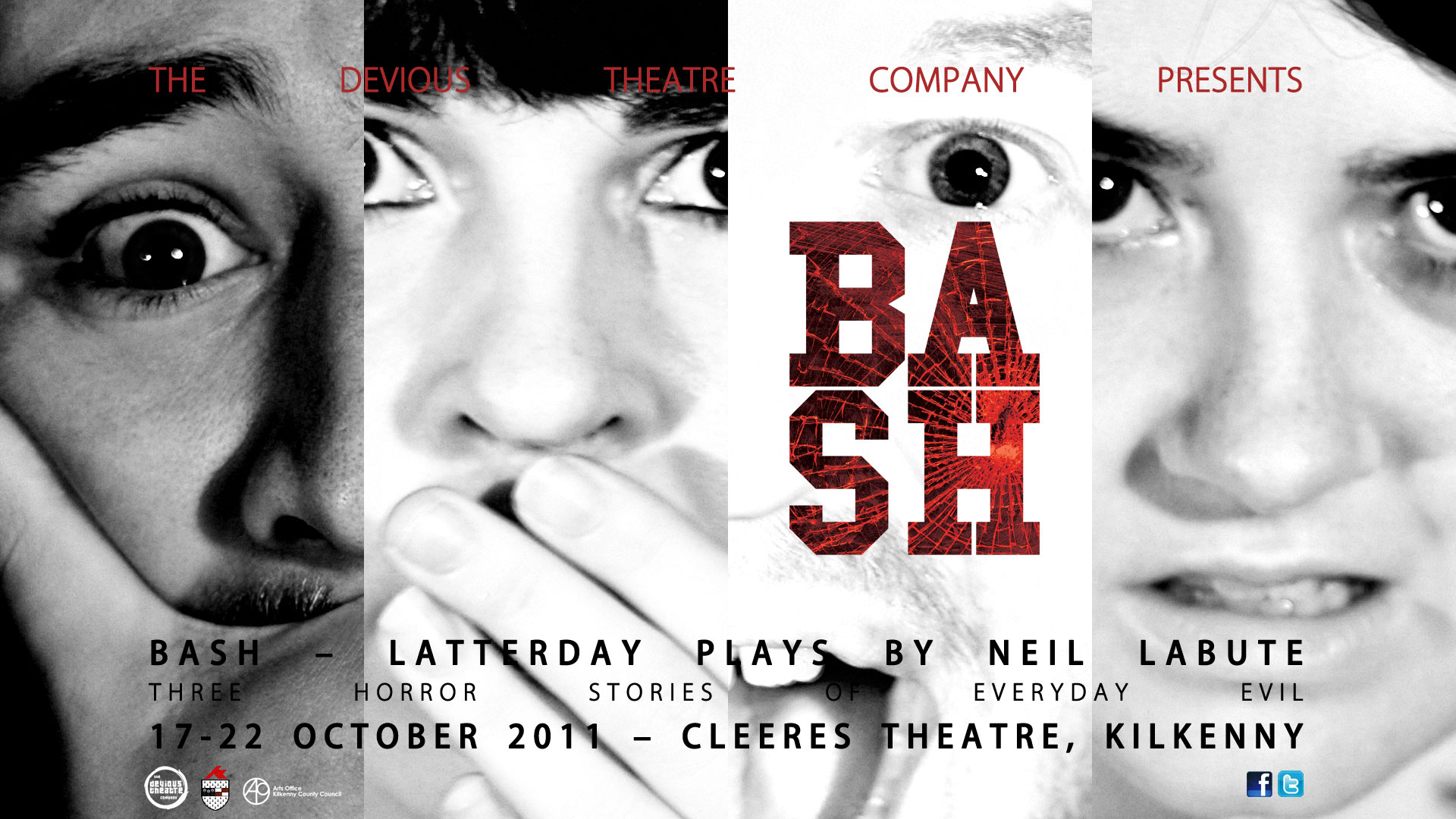 Are You Ready To Listen? 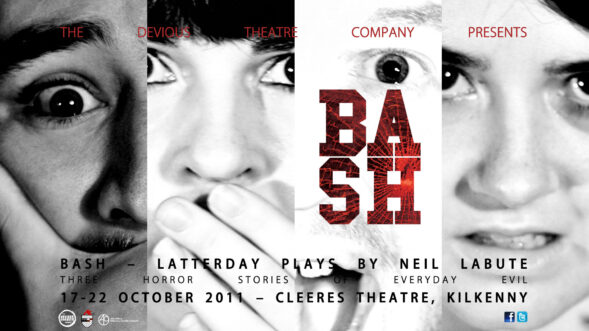 ‘The looser the better on this one I figure, so bottoms up, or whatever they say at the bar these days’ – iphigenia in orem by Neil LaBute.

That’s all we’re asking. That you sit and listen to these three stories. And if you need to loosen up, then by all means loosen up.

bash: latterday plays opens on Monday. We’ve got a long week of teching and dress rehearsing in front of us as we approach opening night. Then on Monday we’ll open the doors for its 6 night run in Cleeres Theatre and invite an audience in to listen to three of Neil LaBute’s most darkest confessional plays. Iphigenia In Orem, A Gaggle Of Saints and Medea Redux are dark portraits of what lies under the surface of ordinary people. Like the Greek myths they’re based on, they’re epically tragic in their own way and infused with what LaBute himself describes as ‘a casual atrocity.’ It’s the darkest we’ve gotten with any of our work to date but we’re confident that we’re up to the challenge. Are you?

bash: latterday plays by Neil LaBute opens on Monday October 17th at 8pm in Cleeres Theatre on Parliament Street, Kilkenny. It runs until Saturday October 22nd. Tickets can be bought at the venue, booked on 056 – 7762573 and purchased online here.