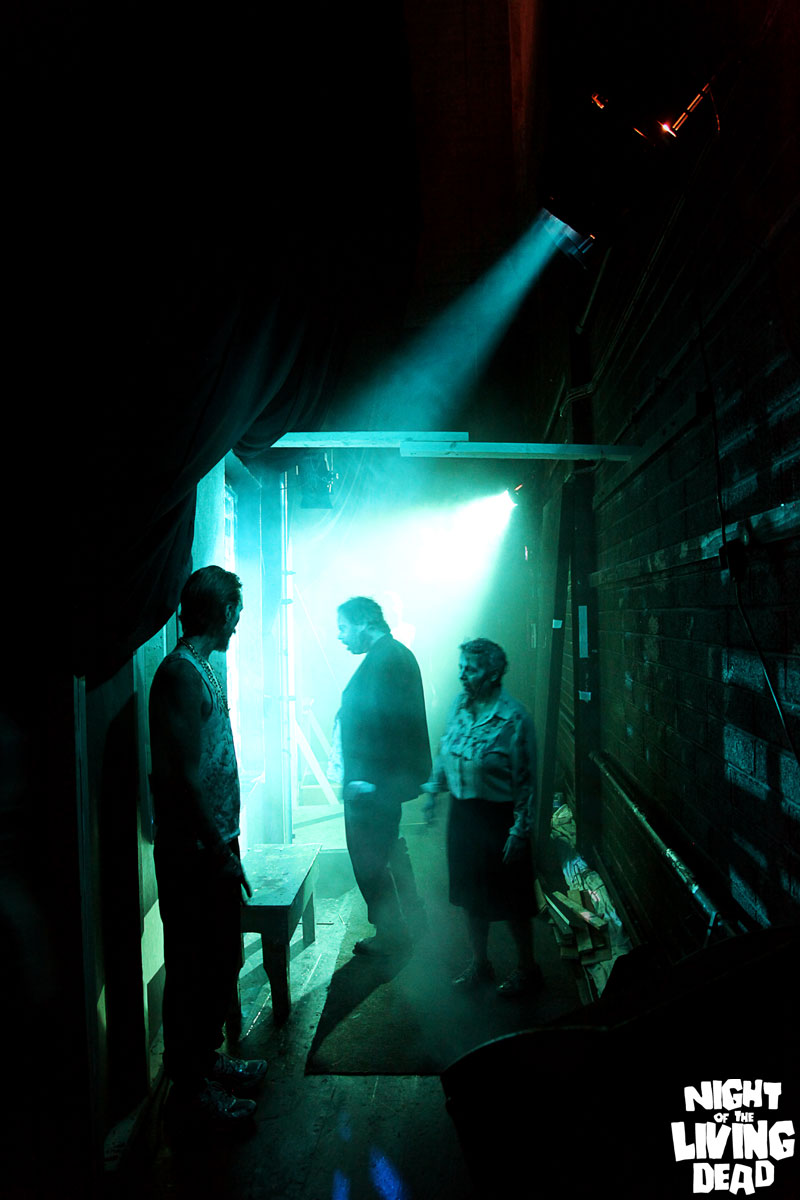 An Atmosphere Of Dread…

Night Of The Living Dead review by Michael Clancy

At times both laugh-out-loud funny, and grippingly tense, Devious Theatre’s latest production is a modern re-imagining of the classic George A. Romero film, ‘Night of the Living Dead’. Written by John Morton and Connie Walsh, directed by John Morton, and produced by Ken McGuire, the action has been relocated from rural Pennsylvania in 1968, to a ghost estate in the south-east of Ireland in 2012.

It tells the story of a group of strangers who seek refuge from the zombie apocalypse in an abandoned house. Tensions begin to rise in their already uneasy alliances as they find themselves trapped, with hordes of the undead surrounding the house.

The relocation works brilliantly. Romero’s Living Dead films have always examined and satirised the social, political, and economic landscapes of the times they were produced in. The fall of the Irish economy and the subsequent strain it has placed on people is here examined as those from different backgrounds form uneasy alliances in the face of adversity. A wide cross-section of Irish society is represented as the cast of characters include students, a laborer, a banker, a teacher, and a group of travelers.

Radio news pieces reporting the devastation caused by the zombie virus are played before the opening curtain, building an atmosphere of dread. One particularly clever up-date to the story is the way in which the characters learn about what is occurring around the country via Twitter, rather than by TV or radio. Social media communication is a big part of the play both inside and outside the story. The audience are invited to tweet with the hashtag #livingdead, with the chance of their tweets being used in the show. The dark and moody electro soundtrack provided by Kilkenny act REPLETE, also helps to build the tension.

Night Of The Living Dead has two more performances left! Get your tickets at The Watergate Theatre on 056 – 7761674 or online at watergatetheatre.com

tags: 2012 devious theatre horror ireland night of the living dead review romero stage the kilkenny people
previous Laugh, Cry And Jump Out Of Your Seat
next Writers Of The Dead
Related Posts