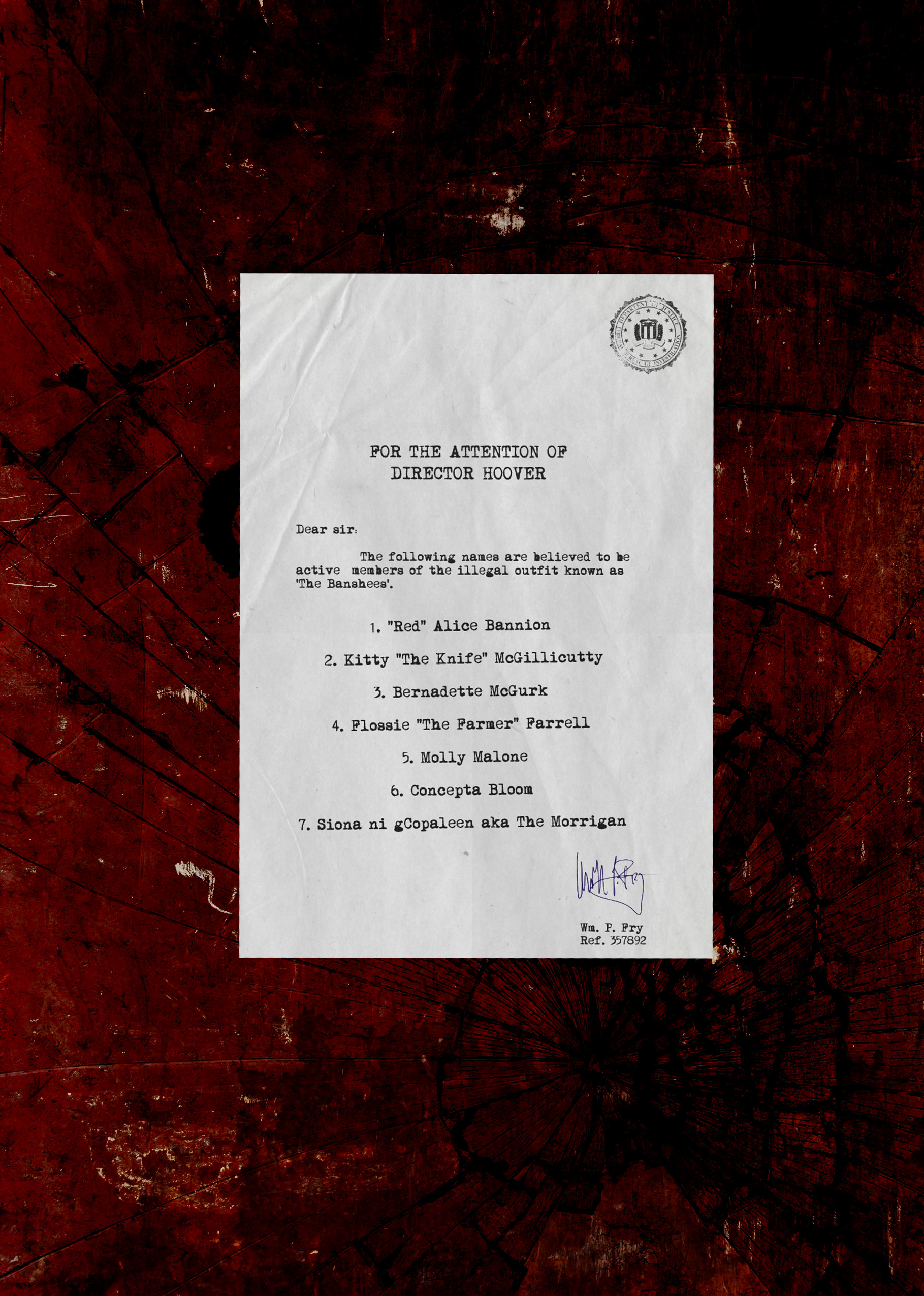 Our new poster for The Roaring Banshees reveals the names of the seven women who make up Cumann na mBan’s most feared unit.

After a failed assassination attempt on Eamon de Valera, a rogue Cumann na mBán unit flee across the Atlantic to escape the law. With Prohibition in full swing, they earn their keep by making bootleg poitín and selling it on to the Chicago mob. But it’s not long before a gang war breaks out and the lethal skills they honed back home hunting Black and Tans are taken to the bullet-strewn streets of the Windy City.

We’re delighted to be following up The Hellfire Squad with the second blood-soaked, blackly-comic installment of the Ripping Yarn Trilogy.

The show will have a hometown premiere in The Watergate Theatre, Kilkenny from 1-3 August. Tickets: https://bit.ly/2GtmsOD

Then we ship up to Smock Alley Theatre in Dublin for a three week run from 12-31 August. Tickets: https://bit.ly/2GdJaZu

The show is written by Peter McGann and John Morton, directed by Sarah Baxter and produced by Clara Purcell. This poster design is courtesy of Ken McGuire. Now’s as good a time as any to grab yourself a ticket for what we promise will be a barn burner of a show.