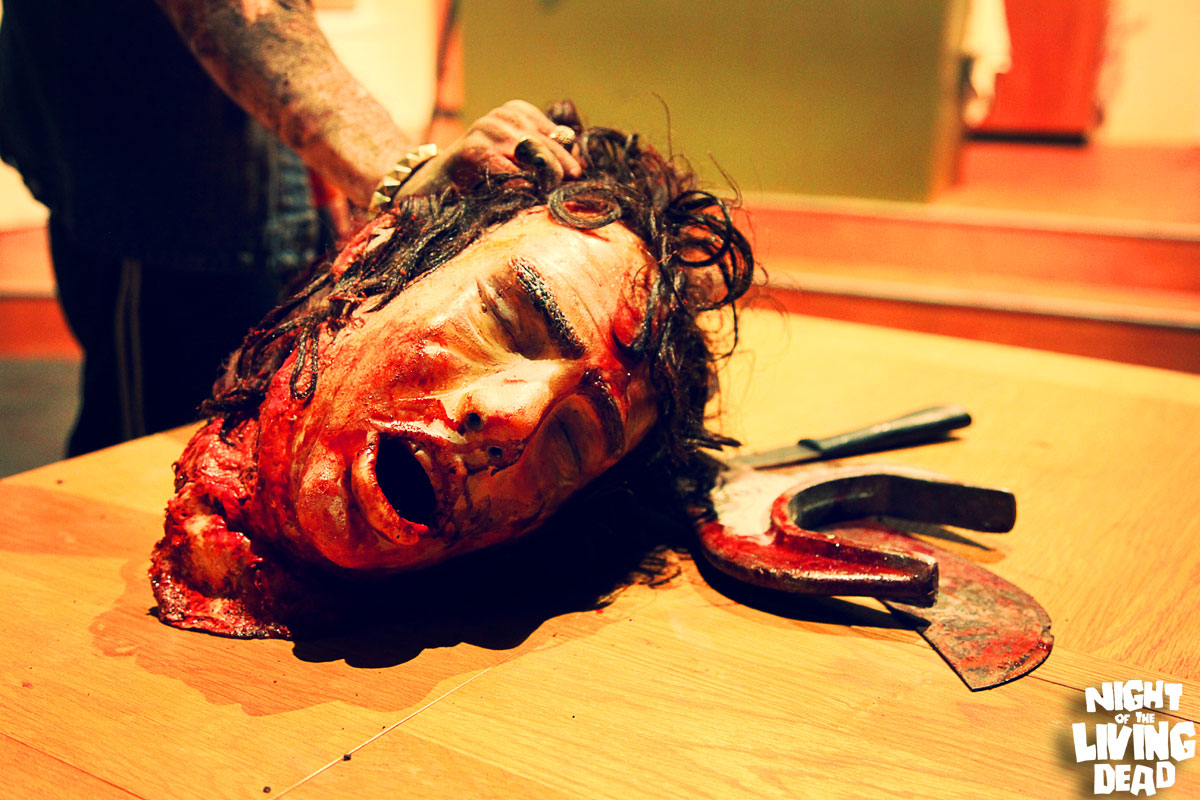 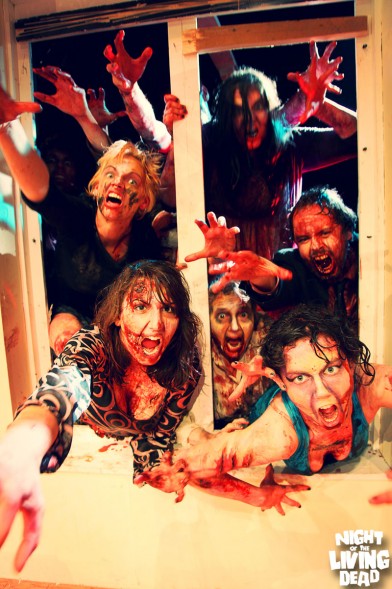 Originally Published in The Munster Express on August 8th

Night Of The Living Dead Review by Liam Murphy

Devious Theatre Company, Kilkenny brought a comic gore fest to the Watergate Theatre in Kilkenny, with their adaptation of the Romero/Russo screenplay of Night Of The Living Dead, with a tacked-on, tacky ending of family values. This exciting theatre company are very ambitious and this was a challenging undertaking, with John Morton (who directed) co-writing the play with Connie Walsh, who played Babs and she wrote herself a chunky social commentary part and saved herself in the end. Devious want to attract a new, young audience and in this they are very successful but this audience, some reared on shock-horror, slasher movies and video games, ignored the chilling, expected reality or social commentary and giggled and laughed their way through this production. The gorier it got, the more they howled with laughter and guffawed at expletives and crude language.

It was so over the top at times, with the make up people having a gore-fest, that I couldn’t stop myself from laughing out loud. Part of the problem is that there are no half measures with this company, a pint of fake blood and gory prosthetics are not enough for them, so they lash gallons of the red stuff and some fake wounds, especially when a gimp was shot in the gut, was laughable. Sometimes the zombies were more active than the living cast, especially the punk one. Devious admit in their programme that “sometimes we stay faithful but other times we cheat”, and this time perhaps, they cheated themselves.

What I did like was the Irish setting in a ghost (zombie) estate, where a typical family try hard to preserve “family and property values”, while their world is ripped apart, as the house is besieged by the zombies, the living dead. There were also three Tarantino style travellers/hillbillies, who rocked the show. I was not all that impressed at the politically correct dialogue passages that slowed the tension, in fact there was a lack of dramatic tension, so full-on was this production. There was no subtle irony and not enough internal conflict and it was hard to have sympathy for any character.

There were a few surprises, but nothing to shock or even make you flinch. John Kennedy (another young playwright) was an excellent, wimpish, Frankie and he grew in stature and ability as the work progressed. Nuala Roche as Helen (the Mother) and Paul Young as Harry (her husband) impressed all the way. Kevin Mooney as the hurley-wielding Tom was effective and Aoibhin Murphy was a great Iphone twittering Judy. Eddie Murphy as Ben carried the story and his work was splendid throughout.

tags: horror night of the living dead review romero the munster express
previous Next, We Take Kilkenny
next As We Liked It
Related Posts