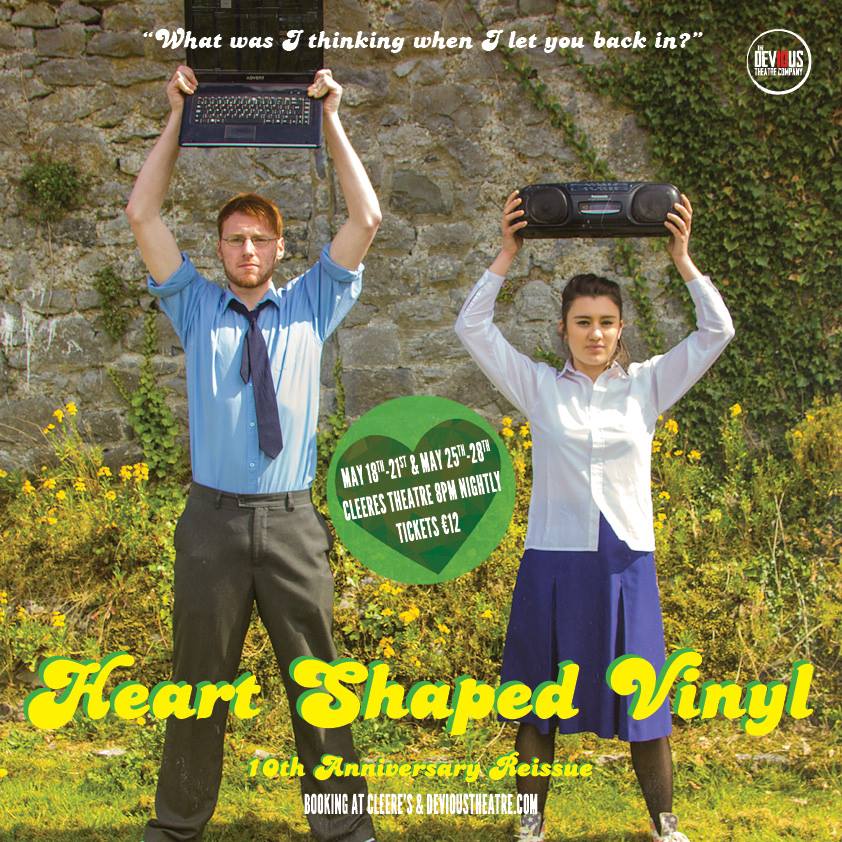 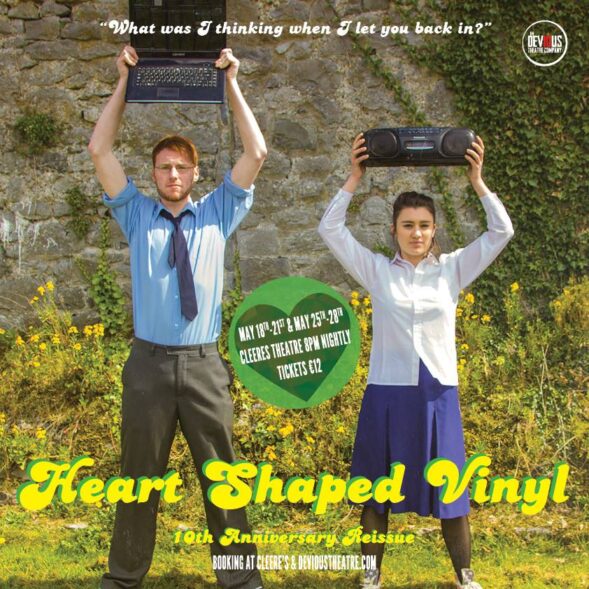 The next album cover for Heart Shaped Vinyl plants us right to where we ended the first production of the play, the 2000’s.

On the last day of school, Sean has made a mixtape for Kate and he’s hoping she’s really listening.

Post college, Kate decides to put her friendship with Sean on the line.

Colin O’Brien has been acting with us for five years now. He last played The Welfare Officer in The Union by Adrian Kavanagh last July. Previous Devious Theatre credits include Night Of The Living Dead and the roles of Adam in Phantasm and Marko in Shifting, both by John Kennedy.

Anne-Marie O’Brien makes her Devious Theatre debut here. She has previously been part of Spark Productions troupe in Graiguenamanagh. Credits include the title character in the Irish stage premiere of Jack Thorne’s Bunny which played Cleeres Theatre in August 2013 and The Last Of The Freshers by Adrian Kavanagh.

Heart Shaped Vinyl returns to John Cleere’s Bar & Theatre next week running from May 18th-21st / 25th-28th. Tickets for the show can be booked here. This series of posters are designed by  Ken McGuire himself.