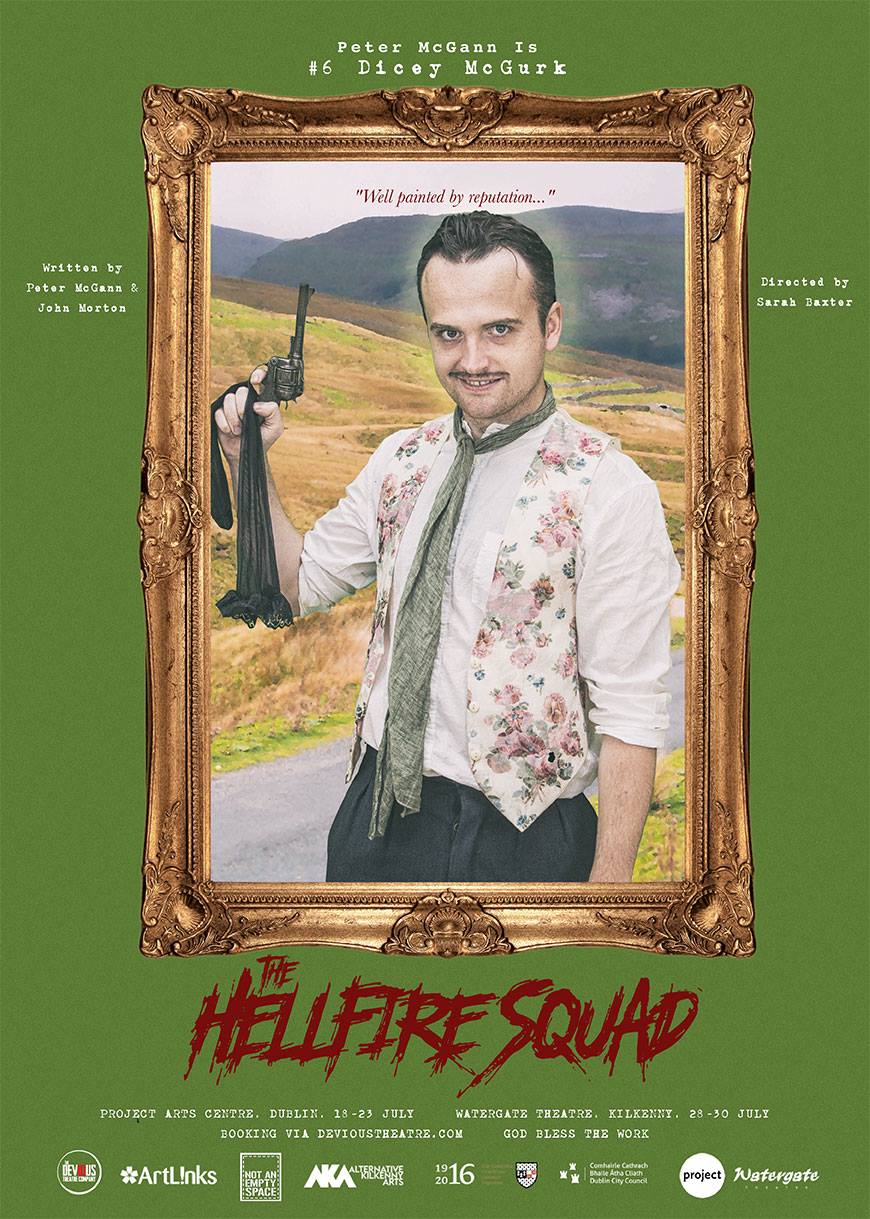 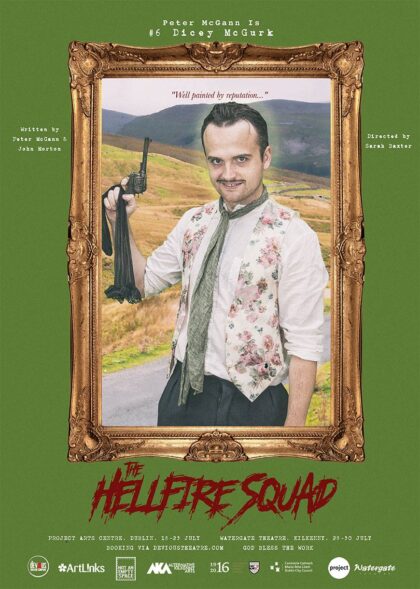 #6. Dicey McGurk (Peter McGann) aka The Syphilitic Salesman. A shady, wife seducing, clap ridden, arms procuring, travelling lingerie salesman. His reputation is that of a coward and thief, who looted the fashionable stores of Dublin City during the Rising. However, he is cunning at weapon concealment and an explosives expert. Michael Collins has put his name on the list for a reason. Dicey’s shot at redemption has arrived. The Gun Runner.

Peter McGann  is the co-writer of The Hellfire Squad and this marks his debut writing work for the stage. Previous onstage appearances with Devious Theatre include The Union as part of Little Deviations: Volume 1. He has a Masters in screenwriting from the Huston Film School, NUIG. He wrote and directed the short films The Eyeball Waltz (Fastnet Film Festival), Go West, Sure Look This Is It and Not Tonight. He writes and performs as Dick Liver on Republic Of Telly and as stand-up comedian Liam Nugent in online shorts and the upcoming one-man show An Evening With Liam Nugent. As an actor he has appeared in short films Cavalier, Safari Springs, Hot Water Bottle, Daffney Malloy And Other Catastrophes, Colossus, Barry and Swerve. He also appears in the RTÉ Storyland pilot Smitten and the upcoming feature film Locus Of Control.