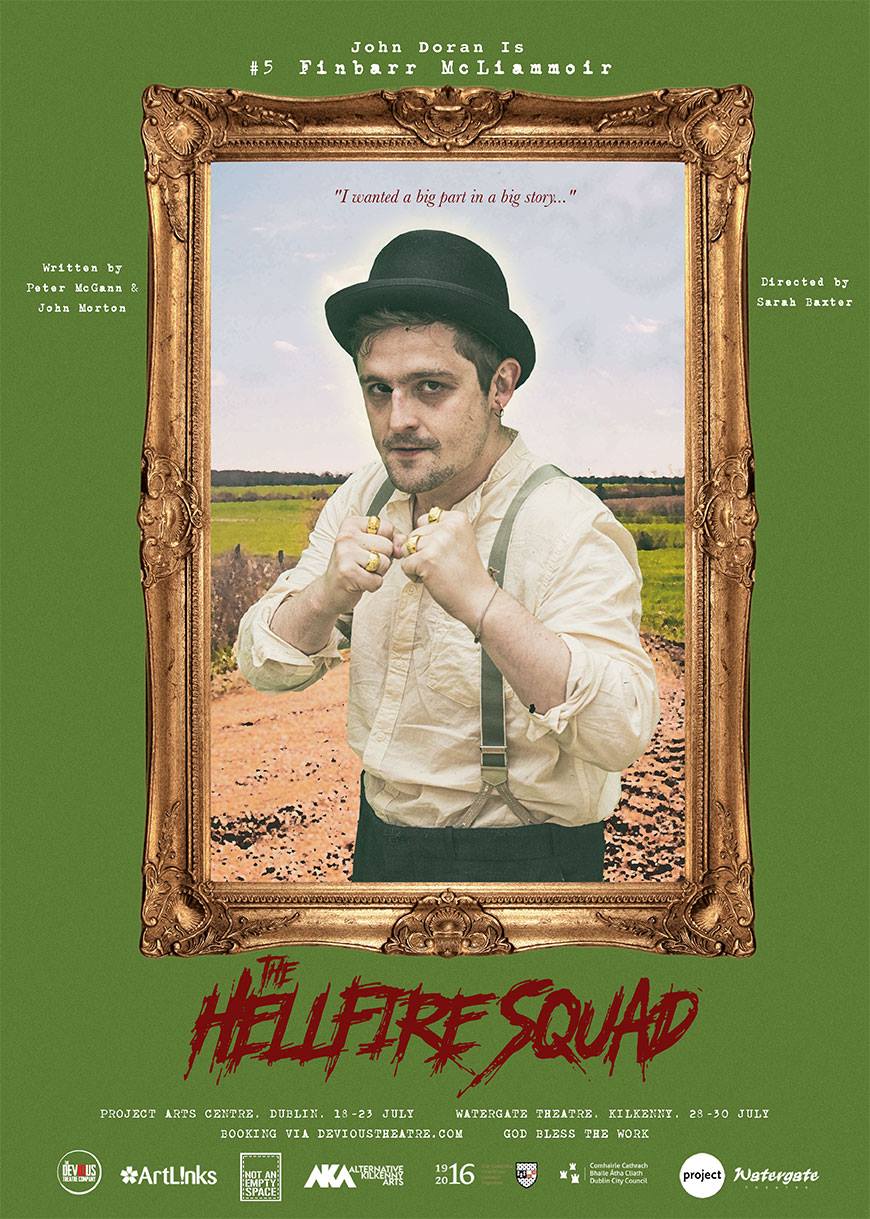 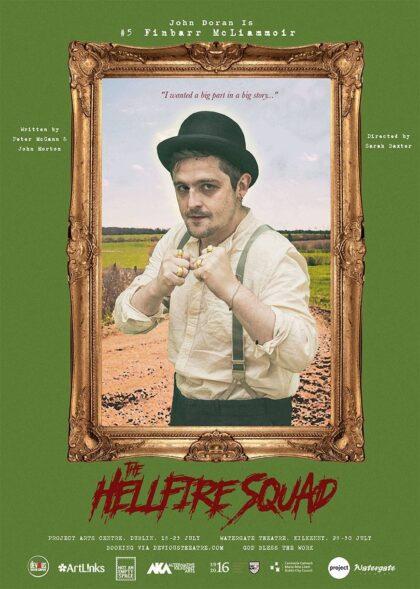 “I wanted a big part in a big story…”

#5. Finbarr McLiammoir (John Doran) aka Paudie Blennerhasset aka Dionysus Ffolliott is a man of many men. A gruff voiced Cork born thespian, of gypsy lineage, with a fine penchant for mimicry and a way with a ballad. He has a devious hold on the dark theatrical arts and uses them to confound all his enemies. Tired of touring ‘Brit pandering shite’ in repertory, he’s joined the noble cause. The Master Of Disguise.

John Doran last appeared with us in his one man show The Centre Of The Universe (Tiger Dublin Fringe 2014/Show In A Bag). He also co-wrote and directed Some Flood which toured in 2014. Other Devious Theatre credits include War Of Attrition, Vultures, Shakespeare In Bits, Stags and Hens and Cannibal! The Musical. Other stage credits include Care (Willfredd Theatre), Enjoy (Rough Magic Seeds) Me Michael (Abbey Theatre), Romeo & Juliet (The Gate Theatre) It Folds (Brokentalkers), The Last Post (Just the Lads), 24 Hours Sitcom, Human Child (Collapsing Horse), Die Fledermaus (Aoife Spillane-Hinks), Romeo & Juliet (Corcadorca), Fishes (Bewleys Theatre) and Durang Durang (Brazen Tales). Next up: The Aeneid for Collapsing Horse at Tiger Dublin Fringe.