Home Devious News In Love With The Buzz 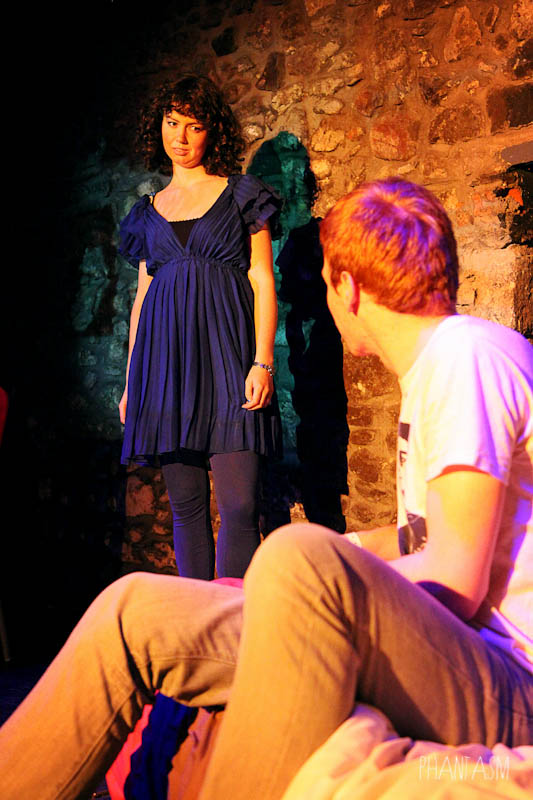 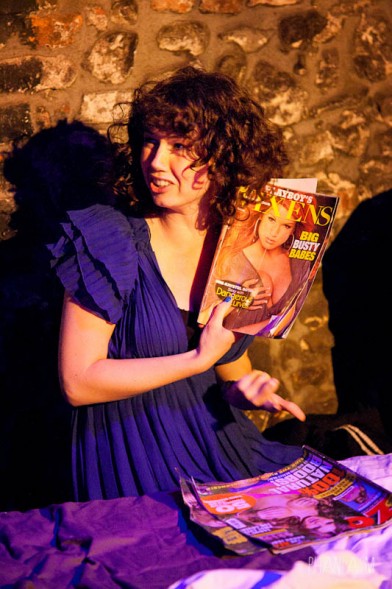 Devious Theatre Company in Kilkenny are impressive, especially the way they bring good. new work to the stage. They champion new writers for young audiences, and they support these young theatre makers, with brash confidence and excellent actors and technicians. If this was a financially more secure time, they would have Arts Council funding and be on the way to being Kilkenny’s professional theatre company. They have the buzz that a young Red Kettle once had.

This time in Cleere’s Theatre they keep the faith with another young author, John Kennedy who wrote Shifting for them recently and is in the process of writing another play for the company. Phantasm is a 50 minute two hander with doubling and tripling of parts. Phantasm was written for the Solstice section of this years Cork Midsummer Festival, with an outing in Callan as well. 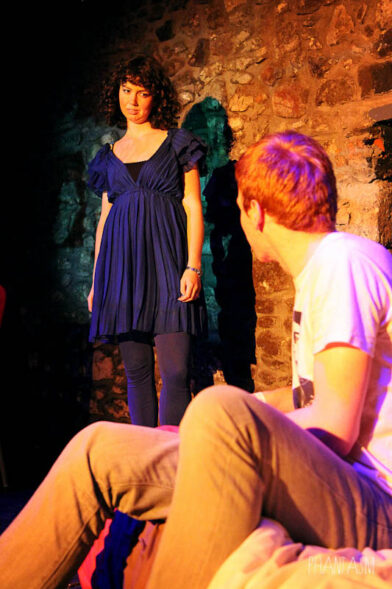 This is a rite of passage story with Kennedy’s take on boy/girl interaction. Colin O’Brien plays Adam, in a Roy Orbison t-shirt, who lives with his nurse mother, who does a lot of night shifts and he is preparing for his Leaving Cert Mock Exams. His mother wants him to get out and enjoy himself, but he is basically lonely and sees dabbling and supplying weed as a way of belonging. Hazel Doyle is Frankie, who lives on a farm and has a gruff authoritarian father, who criticises her and her bruised neck from hickies (love bites) and her careless attitude to exams. She is also lonely and finds solace (if that is the right word) in weed and chemical highs.

There is a fox image or fox metaphor in the play as a randy fox/vixen howls near the farm and apparently near Adam’s house, as well. John Morton, the director, introduces this feral wild creature in its mating call into the drama and Adam dons a mask and Frankie does a clawing, feline dance. There is humour and sexualised language and a crude attempt at a “hand job”. At times, I wondered where the story was going and John Kennedy, to his credit, develops a few changes to what could have been, too easily, a crude stereotype. The two characters howl at the moon, the fox and the world, rock to Roy Orbison and cuddle asexually in bed. Frankie asks Adam to “hot box the bed” ( I had to ask what this meant) and as the play faded to black I knew the girl was in love with the buzz of drugs and the boy just wanted to be needed. A bleak outlook about users.