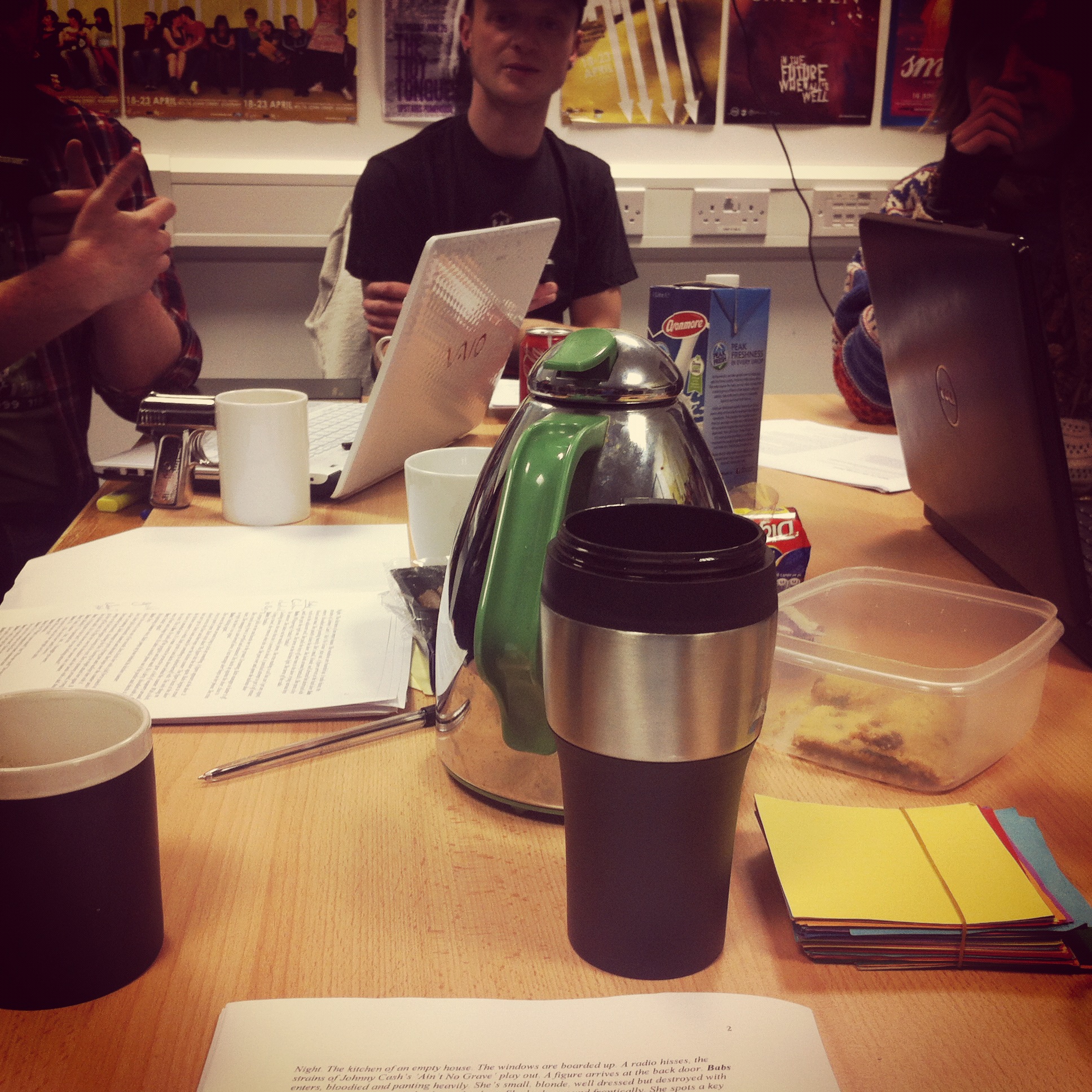 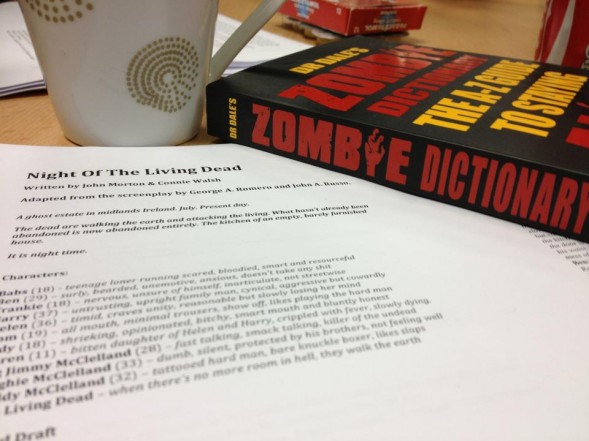 We’ve been brushing up on zombies again…

It’s an apt time to put up a post like this. We’ve just hit the four week mark of our Fund It campaign for Night Of The Living Dead so it makes sense to give a nod to Danny Boyle’s zombie movie (although many will debate whether it was a true zombie movie or not… we don’t, we like fast zombies)

So far we’re approaching the halfway funding mark for the campaign with two weeks left to hit our target of €5,000. We’re hoping that an intensive push now in the next 14 days will comfortably send us home and get to the target on time.

We’re keen to hit our target as the wheels of production are already in motion. Last weekend we had a major script session where we battered around the third draft of the play and nitpicked every last detail over lots of cups of Devious fuel (or tea if you like). The final draft is now being written and is starting to look like what should be the finest Irish zombie horror ever made! 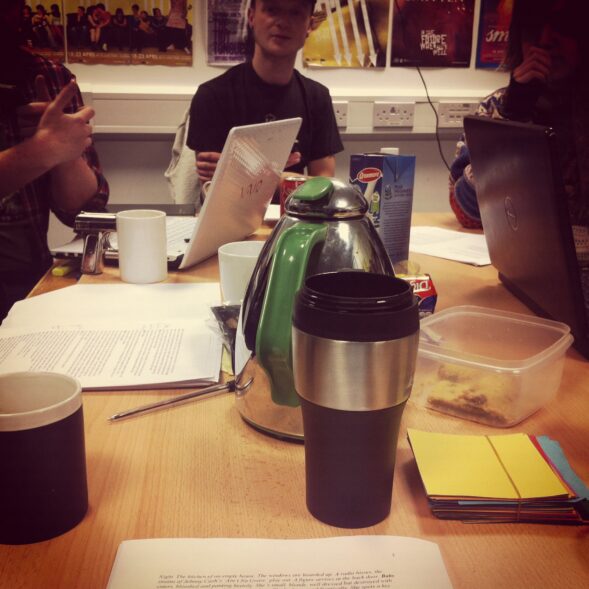 There’s been a lot of activity on the production front with costume, design and set meetings taking place on top of the script meetings we’ve been having. Everything is slowly but surely starting to come together and we’re getting very excited about the first cast and crew meet up and read through which will be taking place on May 20th before rehearsals kick off that week. It’s an early start we know but with our recently announced involvement in Solstice with Phantasm, we’ll need a lot more spacing out of rehearsal time. Plus, the cast need to get in really good shape for this one… right guys?

In short, your contributions to the play are going towards a wide spectrum of our production. The Fund It campaign will help us ensure that we hit the highest standards possible with this play and do it justice. We’ve got big ideas and grand plans and your support will help us realise them. All we need is for people to keep spreading the word, pushing the campaign and help us hit our target in the next 14 days! The link to our campaign page is here, so please help us get the word out and push this one over the line.