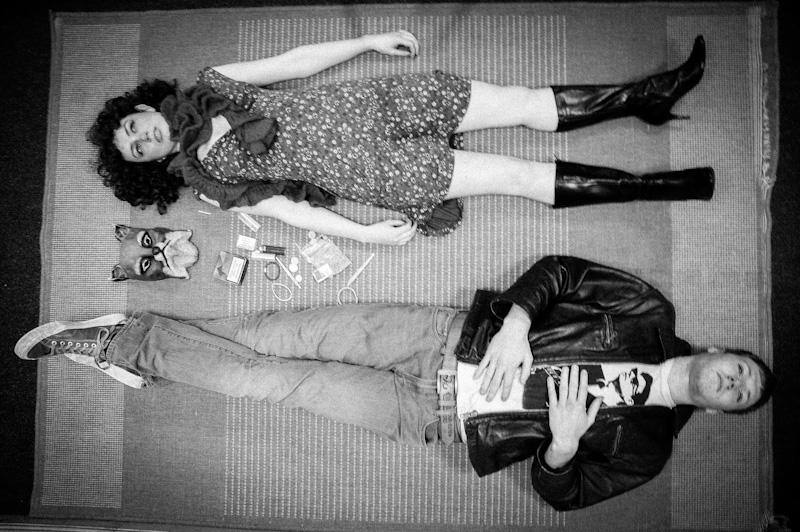 We’ve had a really good year. And if the world ends on Friday, then we’re going out on a high note. 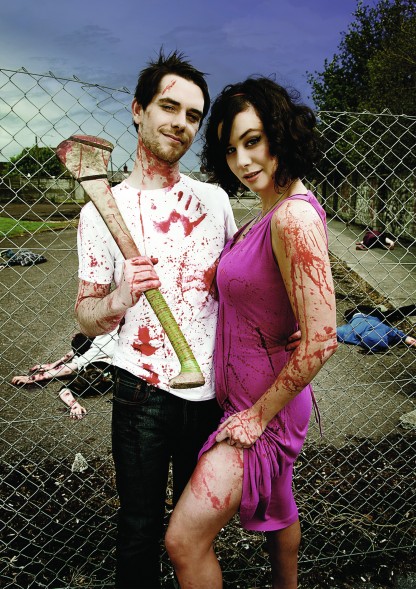 2012 saw us produce the Irish stage premiere of Night Of The Living Dead. It was a big show. Definitely our biggest to date. So big we couldn’t move it anywhere to show it off. But the upswing of that was that the audiences came to us. Lots of them. It was our biggest houses for any of our productions so far. People went nuts for the gore, comedy, murder and mayhem. It also validated the sheer amount of work we put into the show. Not only that, but the faith of all the good people who helped us stage the show through Fund It. If you’re going to pull out all the stops on a funding campaign for a show, it might as well be for something as big as this one.

We wanted to give Romero’s classic horror the best possible Irish stage version it could have. So we went a bit mad on the bloody promo. But hey, The Sun covered us so we must be doing something ri… hmmm, no. Well, the promo worked and it even attracted some Romero loving trolls. You’re doing something right when you get the diehards angry. For the production we needed a huge, dedicated, lovely cast and crew delighted to make an absolute mess of themselves over the summer months and even bigger audience to make it worth it. And we got them! 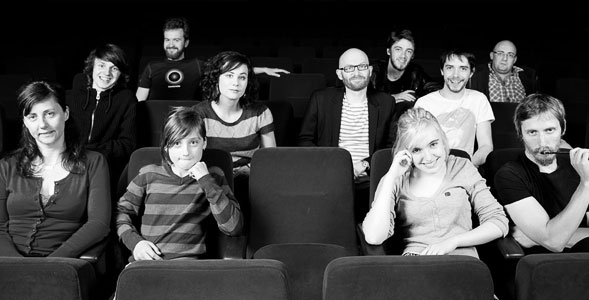 We were very lucky that such a talented team had a taste for gore. But after the size of that show, it was nice to do something a lot smaller. 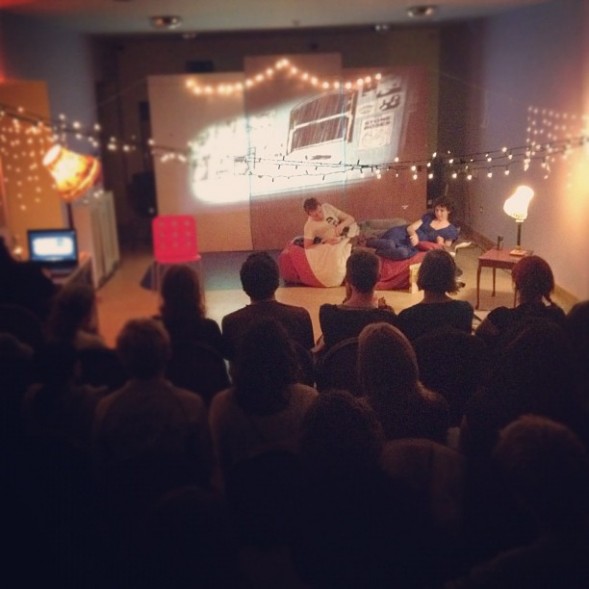 Phantasm was a new comedy by John Kennedy who wrote Shifting for us during In The Future When All’s Well in 2011. He had been developing the play since last year and a shorter version of the script became a part of Fishamble’s Young People’s Tiny Plays For Ireland. Like Shifting, it presented an opportunity to perform work that appealed to a younger audience. It was also about teenagers in Kilkenny in the present day. Oh, and foxes. And drugs.

Our production was directed by John Morton with Hazel Doyle and Colin O’Brien playing the lead parts of Frankie and Adam. And for the first time, we had a cast of two so we were in a position to travel with the show. 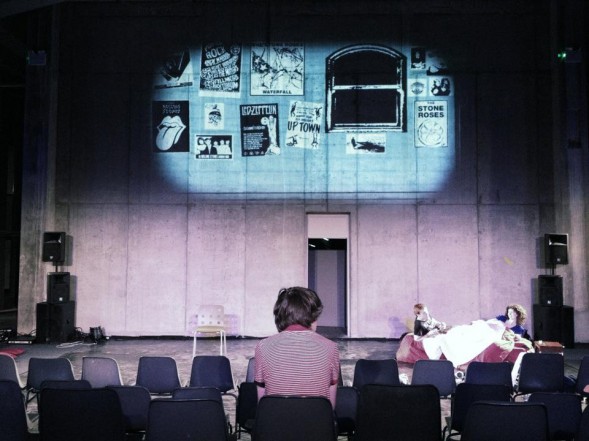 We debuted Phantasm in June at Solstice in Cork. Where we also brought the cast of Smitten last year. It was a great showcase for John’s writing and it also got us out of the house for a bit during Night Of The Living Dead rehearsals. (We needed it… honestly). We later spun it out to the Abhainn Ri Festival in Callan for three shows and finished up with a run in Kilkenny as part of OUT For The Weekend. 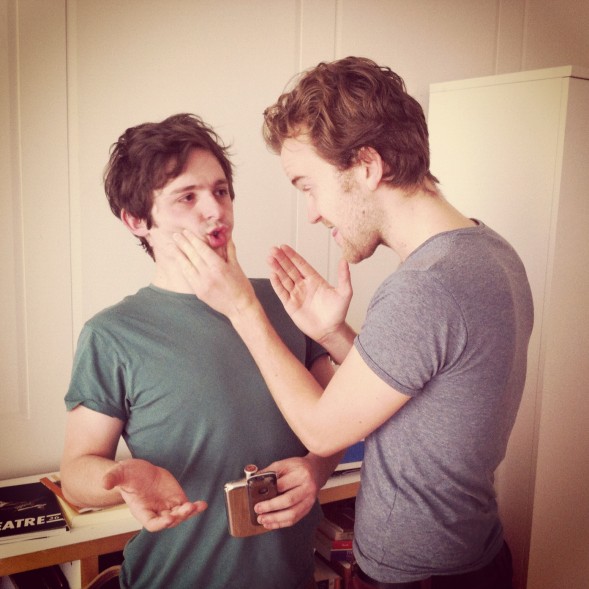 We also had a number of troupes line up for the second run of TEXT|Messages in Project Arts Centre and undertook a spell in Fishamble’s New Play Clinic in February. This kicked off a big year of development for us, capitalising on the all the exciting plans we came up with during the In The Future When All’s Well residency. And we’ve been slowly stewing them for 2013. We’re looking forward to launching next years programme and it will build on a good 2012 by offering new, original theatre. With a bit of a twist. We’re not in a position to start shouting from the rooftops just yet but when we do, you’ll hear us. We’re going to make sure our 7th birthday is quite magnificent.

Oh, and we made this, for people who weren’t familiar with our work:

Oh, and if the world actually does end on December 21st, we wish we’d done more musicals.