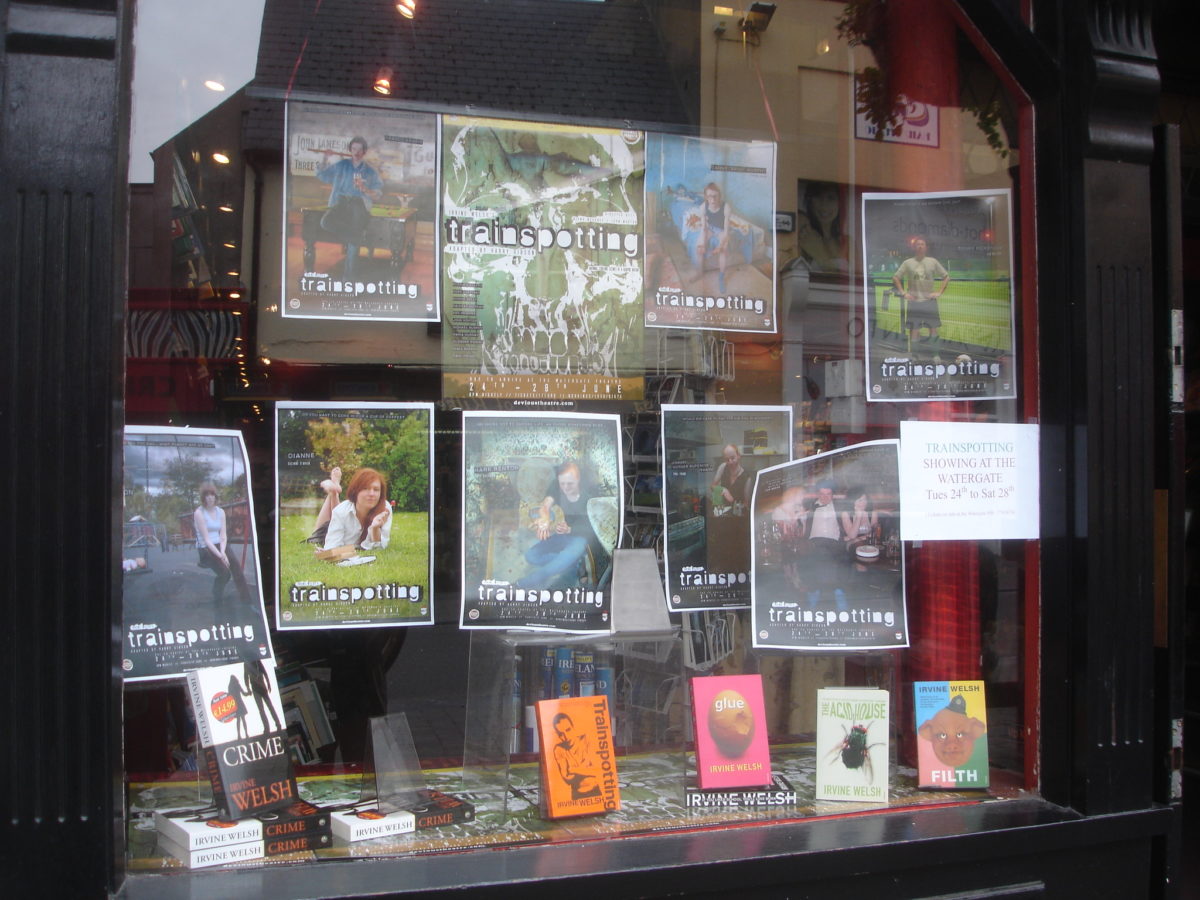 The year was 2008. We’d already staged Heart Shaped Vinyl (twice) and the Irish premiere of Cannibal! The Musical!!

Feeling like rockstars, what else would a bunch of early 20-somethings do but stage Trainspotting. In the Watergate Theatre. Complete with naggins, cans and whatever else was found under audience seats post-show each night.

The play is seen through the eyes of the self loathing anti hero Mark Renton (played by the late Ross Costigan) as he tries to overcome the addictions that hinder his escape from a doomed life.

Depicted mostly in monologues, the stories at the heart of the play are unflinchingly shocking, darkly humorous and full of Welsh’s raw observations of life.

These stories show the lives of directionless twenty somethings as they threaten to go off the rails entirely, into lives we would rather not choose.

We were on stage 24-28 June at the Watergate, the closing night of the show still raising hairs on the backs of our necks to this day.

We’ve got something of an unwritten rule in shows where hard language is used. If you’re going to use ‘the c word’, it can’t be just thrown away – it’s got to land, with impact.

It’s very possible that we brought that rule in AFTER Trainspotting given the free-flowing usage of the word. If you’re a sensitive soul, skip the video. Otherwise, enjoy as we raise a toast to ten years of Trainspotting this week.

tags: Trainspotting
previous Information night for AKA Fringe 2018 this coming week
next Applications sought for Theatre Machine Turns You On, Volume 5
Related Posts